India is on its journey to become number one in the agriculture sector in the world: Agriculture Minister Shri Tomar

Union Minister of Agriculture & Farmer Welfare Shri Narendra Singh Tomar addressed the AgriTech Summit here today. In his address, Shri Narendra Singh Tomar said that the government is working continuously for betterment of small farmers of the country. Many important schemes are being implemented in this direction, so that the challenges of farming can be reduced and the income of the farmers can be increased. Simultaneously, India is on a journey to become number one in the world in the agriculture sector. 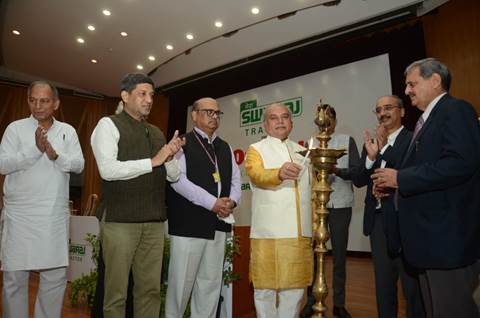 Shri Tomar said that agriculture is a very important sector for our country. We have accepted the primacy of agriculture, in this regard, work is being done in the direction of its progress, changes in it, inclusion of policies, cooperation etc. There are 86 percent small farmers in the country, who have small acreage and cannot invest much. The government is working under the leadership of Prime Minister Shri Narendra Modi to take these farmers forward, because if the balance of these 86 percent farmers remains low, then neither agriculture nor the country will progress. Keeping this in mind, the government has started the work of creating 10,000 new FPOs. Rs 6865 crore is being spent for this. Of these, 3,000 have become FPOs. If small farmers join these FPOs, then the area under cultivation increases, the collective power of the farmer’s increases. If there is only one type of farming, then production will increase and farmers will be able to get good price. This effort is being made to increase the income of the farmers. 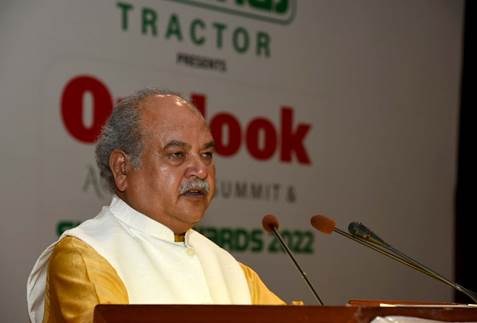 Shri Tomar said that the government is also working in the field of pulses and oilseeds. Both were areas of scarcity. Farmers have ventured into pulses and have made huge leaps in production. There is still a gap in oilseeds, for which the government is working on the oilseed mission. We know that edible oils have to be imported. Palm oil is consumed in about 56 percent of the oil consumed in our country, so the Palm Oil Mission has been started, on which the government will spend 11 thousand crores. About 28 lakh hectare area in the country is suitable for palm oil cultivation. In the first phase, efforts are being made to increase the cultivation of palm in an area of ​​6 lakh hectares. When the palm oil crop comes after three to four years, the import dependence will be less.

The Union Agriculture Minister said that today there is a need to deal with the challenges of the agriculture sector, how technology should be introduced in it, how to increase the availability of private investment, how to create employment opportunities, Prime Minister Modi has special concern about agriculture. This is the reason why a lot of effort has been made in that direction which can be contributed by the government. Before 2014, the agriculture budget used to be around Rs 22 thousand crore, which is Rs 1.32 lakh crore today. Pradhan Mantri Fasal Bima Yojana is being operated for the farmer to get a security cover. In this scheme, Rs 1.22 lakh crore has been paid to the farmers to compensate them for the damages caused to their crops in six years. So far, Rs 2.03 lakh crore has been deposited in the accounts of 11 and a half crore farmers under the Pradhan Mantri Kisan Samman Nidhi Yojana, so that farmers can get income support.