We should keep a clean India as well as a clean sea coast to create a healthy India: Maharashtra Governor 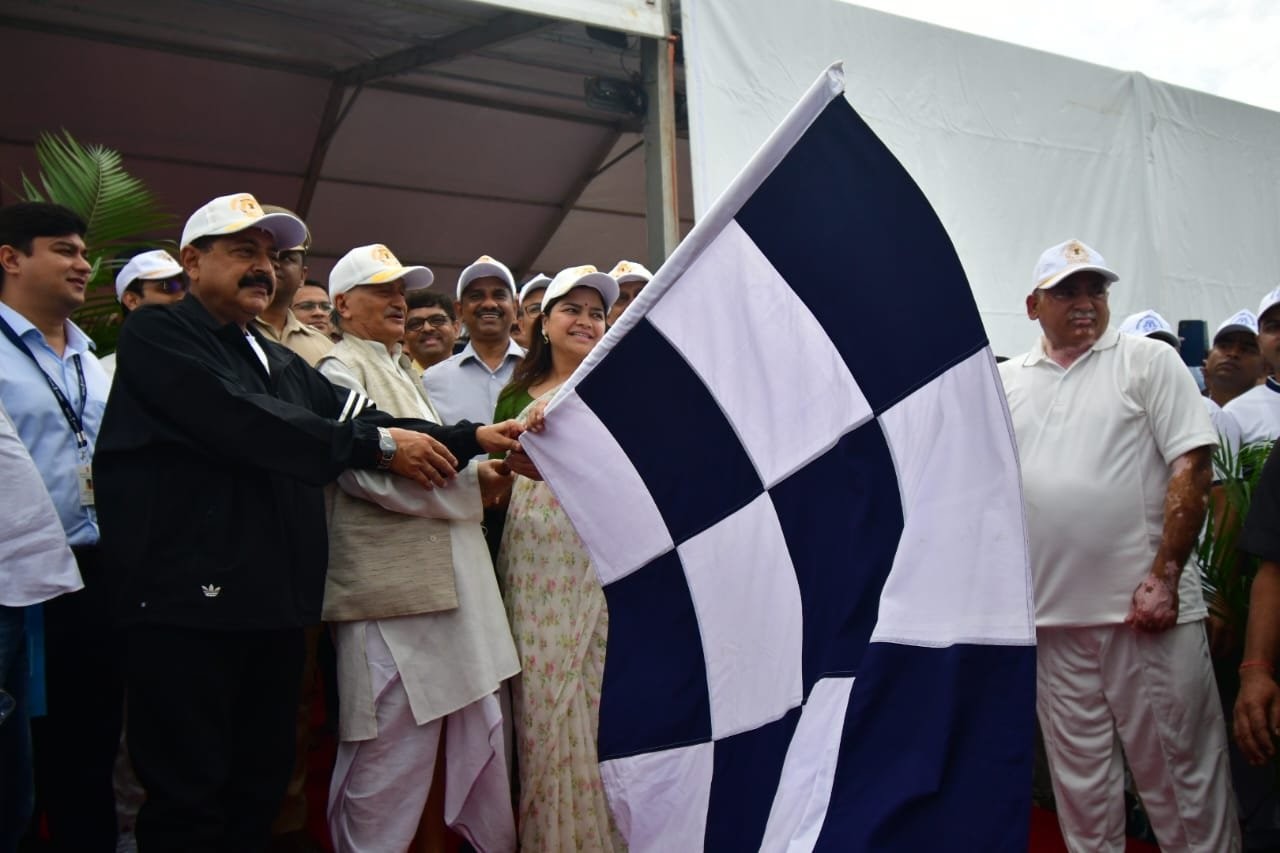 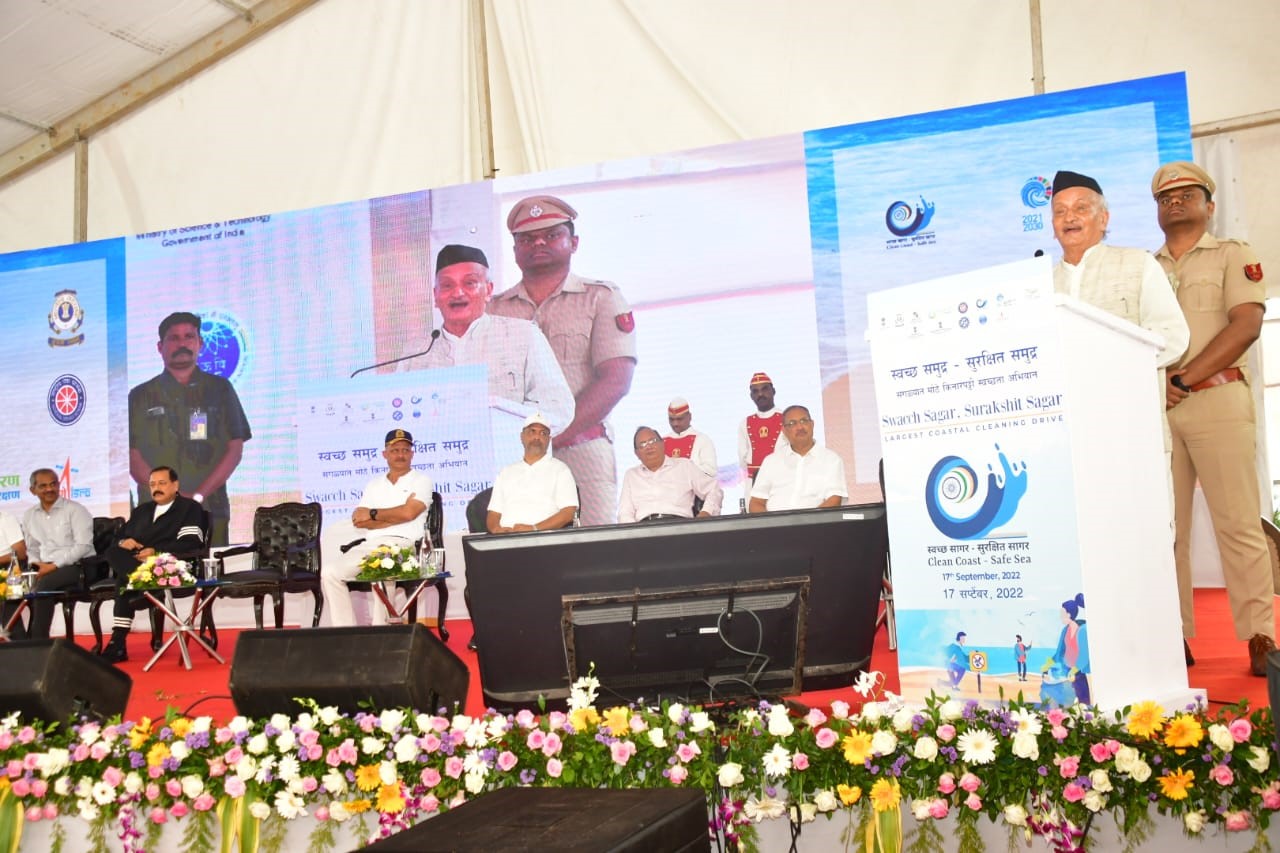 Speaking on the occasion, Maharashtra Governor Shri Bhagat Singh Koshyari said, Indians have a deep reverence for Mother Earth since ancient times. Today, however, people’s sense of respect for the earth, sea and nature seems to be waning, he noted. The Governor regretted that not only land, but oceans have also been filled-up with plastics and filth and called for carrying out the coastal clean-up drive throughout the year. The Governor said, while the country is passing through the Amritkaal, we should keep a clean India as well as a clean sea coast to create a healthy India. He said that the term ‘Surakshit Bharat’ can be added to the drive of ‘Swachh Sagar Surakshit Sagar’ as cleanliness keeps the country safe. Dr. Jitendra Singh said that India’s 7500 km-long coastline will play a vital role in shaping up India’s Vision @ 2047. Dr. Singh informed that efforts are being made to remove 15 thousand tons of plastic waste from the sea. Emphasizing on cleanliness of beaches, he said, we need to leverage our underutilized oceanic resources in order to advance the economic growth of our nation. India’s bio-economy is growing fast and is projected to be around 1500 million dollars by 2025, he added. Stating that PM Shri Narendra Modi has been saying that different departments and organizations should not work in silos, Dr. Singh said that the Swachh Sagar Surakshit Sagar campaign has been implemented in a whole of government and nationwide manner, in which citizens across all coastal states participated. Dr. Singh also informed that in the next few years, Indians will go to explore the bottom of the sea just as they will explore the outer space.

The Director-General of Indian Coast Guard Shri VS Pathania delivered the inaugural address. He said that various organizations have come forward to show their concerns for the environment in this drive and thus “it is very encouraging to see huge turnout of volunteers”. He said that his organization ICG believes service to environment is their primary duty. ISG has leading this campaign since 2006, he informed. He further said that Swachh Sagar Surakshit Sgar has been successful in line with our commitment to UN’s Sustainable Development Goal No. 14. The campaign which started 75 days back, witnessed a variety of activities to increase awareness and public participation in the coastal clean-up drive.

The Secretary of Ministry of Earth Sciences Dr. M. Ravichadran said the health of oceans is degrading faster than before, and hence, it is imperative to protect our oceans. If oceans are not there, there will be less monsoon and oceans-lives will also be affected. We need to prevent pollution of oceans for our future generations, he said. 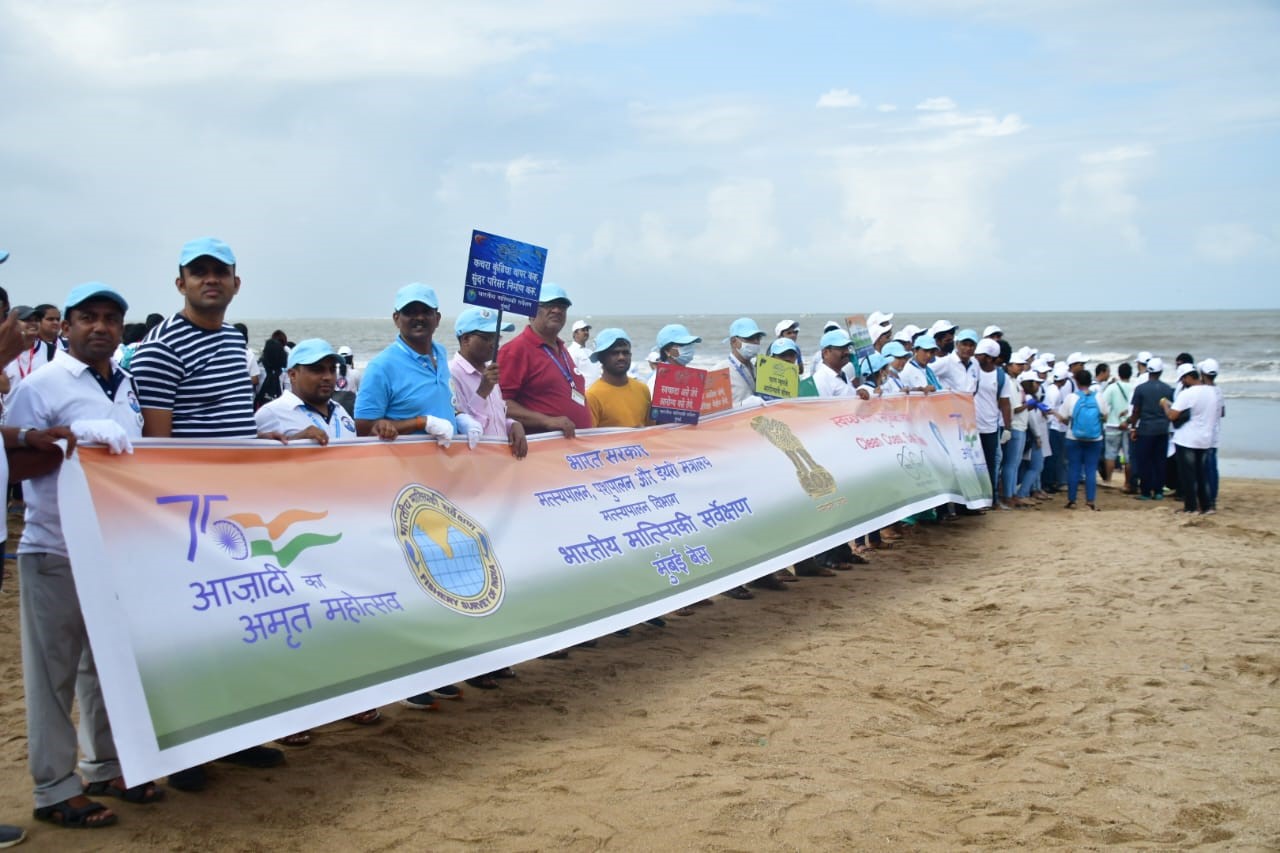 This year, the International Coastal Cleanup(ICC) Day has gained a positive momentum due to Prime Minister’s appeal for mass cleanliness and sanitation drive ‘Swachh Bharat Abhiyan’ and celebrations of ‘Azadi Ka Amrit Mahotsav’ on completing 75 years of Independence. The aim was to conduct cleanliness drive all along 7,500 km of Indian coast line at 75 beaches for 75 minutes with special emphasis on Plastic Free Ocean to commemorate 75 years of Independence.

The International Coastal Cleanup (ICC) day is conducted in various parts of the world in third week of September every year under the aegis of United Nations Environment Programme (UNEP) and South Asia Co-operative Environment Programme (SACEP) in South Asian Region. The Indian Coast Guard has been               co-ordinating ICC activity in India since 2006 to generate awareness among coastal populace and students towards safe & clean beaches.

This year being special due to ‘Azadi Ka Amrit Mahotsav’, the various activities have already been commenced with effect from 04 Jul 22 i.e. 75 days before September 17, 2022 as a run-up to International Coastal Cleanup day. At Mumbai alone,   22 awareness drives at colleges & schools were undertaken by Indian Coast Guard alongwith NSS and NGO My Green Society. Walkathons of 7.5 km, tree plantations of 750 trees, quiz competitions & Motor Cycle rallies were also conducted all along the West coast. Special Community Interaction Programmes with fisher-folks on the occasion of Independence Day were celebrated with hoisting of National Flag at various fishing villages. A mobile application called ‘ECO-Mitram’ has been launched by the Govt. Of India on 05 Jul 22 to take the drive to every individual and the over-whelming response being received is testimony to the commitment of our woke-citizens to become a part of ICC-22.

A Proclamation on Child Health Day, 2022

A Proclamation on National Youth Substance Use Prevention Month, 2022