In line with the decision of Govt. of India, a total of 1924 Private Security Agency (PSA) Security personnel will be deployed at 60 airports in place of Central Industrial Security Force (CISF) posted at non-core duty posts.

The above decision will reduce the Security expenditure and these CISF personnel can be deployed at other airports which will further strengthen the security set-up. This will further help inoperationalization of new Domestic & International Airports.

Airports Authority of India (AAI) has appointed 581 Security personnel from Directorate General Resettlement (DGR) sponsored Security Agencies for Non-Core posts at 45 Airports. These Security personnel will be deployed after completion of Aviation Security (AVSEC) training program at selected airports. As on date, 161 DGR personnel for 16 airports are attending AVSEC training programs and they will be deployed after completion of training from 24thSeptember 2022.

At Kolkata Airport, already 74 DGR Security personnel have been deployed from 09th September 2022 after attending the AVSEC training program. Deployment process of the remaining security personnel is under process. 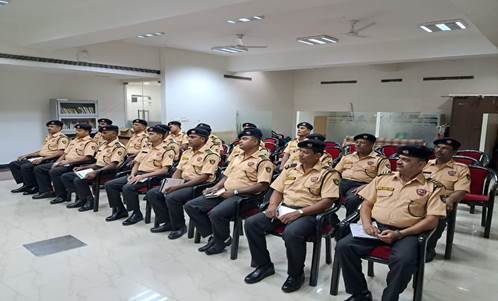