Logistics Policy will act as a driving and guiding force: Shri Narendra Modi

We must bring the logistic cost from 13 percent to single digit as soon as possible: Shri Narendra Modi

National Logistics Policy will help end silos between departments; this is a result of vision of Prime Minister Modi: Shri Piyush Goyal

Policy to bring down logistics cost, give a boost to international trade and benefit all stakeholders including farmers and consumers: Shri Piyush Goyal

Logistics is the lifeline of National economy: Shri Piyush Goyal 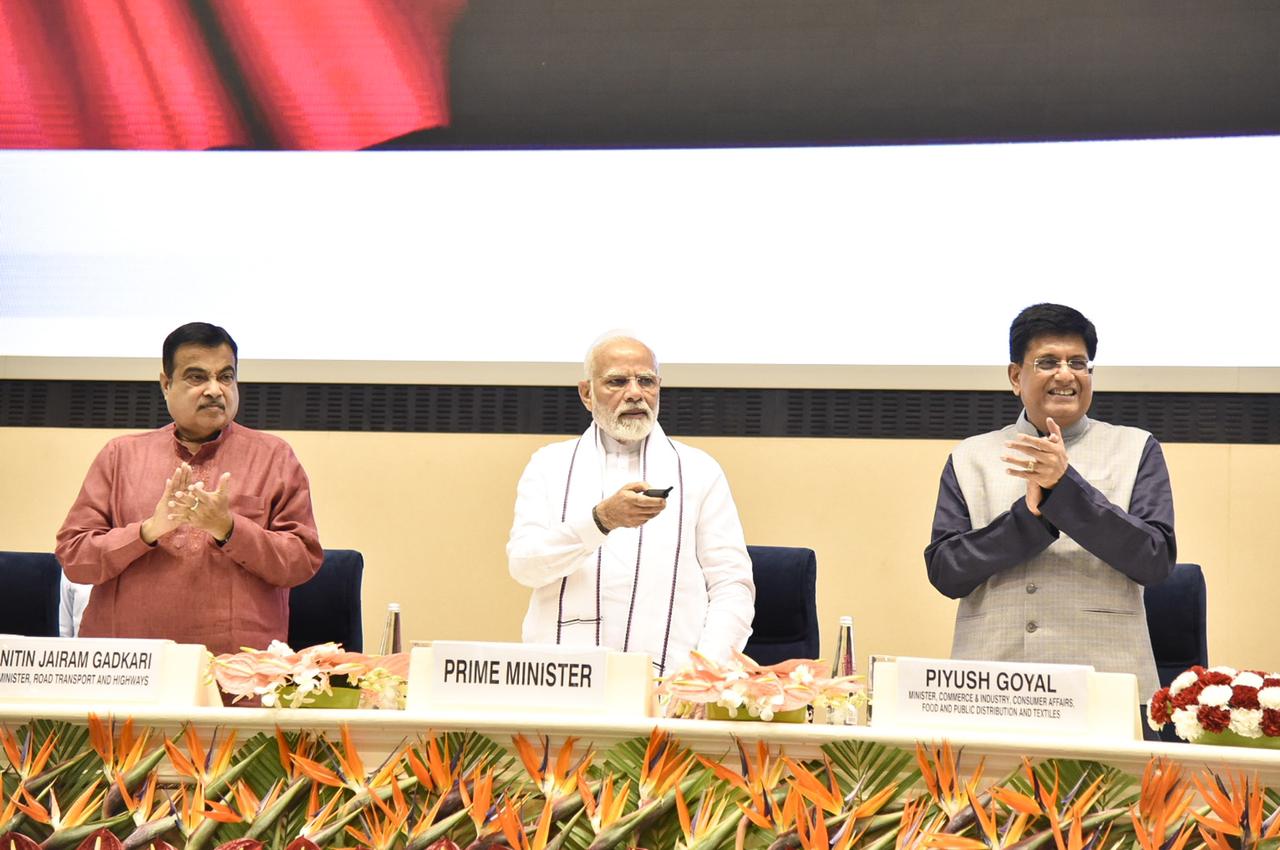 The Prime Minister said that India is emerging as a world manufacturing hub. Stressing that ‘Policy plus performance’ equalled progress, the Prime Minister expressed confidence that the logistics Policy would act as a driving and guiding force. He said that drone technology would emerge as important aspect of transport and Logistics sector, especially for remote areas. The Prime Minister also pointed out that we have to bring the logistics cost from 13 percent to a single digit number as soon as possible.

Delivering the welcome address at the release of the National Logistics Policy, Union Minister of Commerce and Industry, Consumer Affairs, Food and Public Distribution and Textiles, Shri Piyush Goyal said that the National Logistics policy would end to silos and bring all departments and states together, in-line with the holistic vision of the Prime Minister.

Referring to logistics as the lifeline of the economy, the Commerce Minister said that the National Logistics Policy would give India’s logistics sector a new direction and take it to greater heights. He observed that COVID-19 had displayed the strength of India’s logistics sector in front of the world. He said that food grains and other essential items reached all people on time and we achieved new milestones in international trade.

The Minister expressed confidence that the implementation of the National Logistics Policy would bring down logistics costs, give a fillip to international trade, help in making India ‘atmanirbhar’ or self-reliant, usher in prosperity in the nation and present new opportunities to our startups. The policy would be highly beneficial to the farmers of the country, helping them to take their produce to the markets at a faster pace and reduce wastage and delay.  This would bring down prices in the economy as well, he added.

Outlining several crucial initiatives that India had taken in the field of transport infrastructure such as UDAAN, Bharatmaala, Sagarmala, National Infrastructure Pipeline etc, the Shri Goyal said that a new chapter had been added to the book of growth when PM GatiShakti National Master Plan was launched last year. “National Logistics Policy and GatiShakti will work as double engines for logistics”, he added.

Terming infrastructure development as a sure road to economic development, the Minister said that technology and innovation formed an important part of this mission. It is in this context that the Unified Logistics Interface Platform (ULIP) has been prepared as an integrated portal in which information about the location of goods can be obtained on a real-time basis with considerable ease, he added. Calling the National Logistics Policy as a unique example of intensive stakeholder consultations, Shri Goyal said that intensive discussions and deliberations had been held with industry, policy matter experts and Ministries to finalize the policy.

Logistics efficiency is a function of infrastructure, services (digital systems / processes / regulatory framework) and human resource. PM GatiShakti National Master Plan (NMP) for multimodal connectivity infrastructure to various economic zones, has been launched. It is a transformative approach for improving logistics efficiency and reducing logistics cost, with focus on integrating existing and proposed infrastructure development initiatives of  different agencies, to ensure first and last mile connectivity, for seamless movement of people and goods.

While development of integrated infrastructure and network planning is envisaged to be addressed through the PM GatiShakti National Master Plan, for efficiency in services (processes, digital systems, regulatory framework) and human resource, the National Logistics Policy is the logical next step. This will provide a comprehensive agenda for development of entire logistics ecosystem.

The vision of the policy is to develop a technologically enabled, integrated, cost-efficient, resilient, sustainable and trusted logistics ecosystem in the country for accelerated and inclusive growth.

The policy aspires to reduce cost of logistics in India to be comparable to global benchmarks by 2030, endeavour to be among top 25 countries by 2030 in the Logistics Performance Index ranking, and create data driven decision support mechanism for an efficient logistics ecosystem.