In his inaugural speech Shri Rane said “in order to bulid Aatmanirbhar Bharat, make in India is the motto of our Organisation”. He appreciated that KVIC is dedicatedly engaged in this mission of Prime Minister to create job opportunity and increase the production. Giving thrust on good quality, he emphasized on increasing export.  He also urged to follow the mantra of punctuality, sincerity and discipline for self-reliant and Aatmanirbhar Bharat.   On this occasion Prime Minister had online live Conversation with the new Entrepreneurs from Sindhadurg, Maharashtra, Himachal, Jammu and Karnataka. 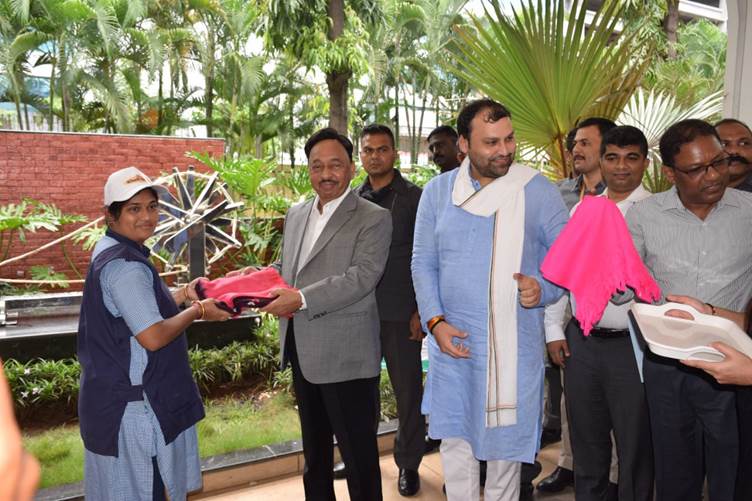 This is a credit linked subsidy scheme for generation of employment opportunities through establishment of micro enterprises in rural as well as urban areas of the Country. KVIC is the nodal Agency at the national level to implement the scheme designated by Ministry of MSME, Government of India – with the active participation of banks, State Khadi & Village Industries Boards, District Industries Centers (DICs) and Coir Board for coir related activities in both rural as well as urban areas of the country. Maximum cost of the project eligible for subsidy under the scheme in the manufacturing sector is Rs. 50.00 lakh, and Rs. 20.00 lakh in the service sector.

KVIC Chairman ascribed this quantum jump in employment creation to the  Prime Minister’s push for local manufacturing to achieve self-reliance. “This big thrust to local manufacturing and self-employment by involving a large number of youths, women and migrants prompted to take up self-employment activities under PMEGP could me made possible by constant push to KVIC Schemes and Programmes by  Prime Minister on various platforms.

Further, a slew of policy decisions taken by the Ministry of MSME and KVIC to expedite the execution of projects under PMEGP helped KVIC achieve its best ever performance,” he said.

KVIC, in recent years, has taken a number of initiatives for effective implementation of PMEGP. In 2016, KVIC introduced an online portal for PMEGP. Before 2016, filing of applications was done manually and on an average only 70,000 applications were received annually. But, with the online portal in place, an average of nearly 4 lakh applications are received every year. The online system has brought in greater transparency. PMEGP portal enables the applicants to track their applications without any human intervention.

In another major step, KVIC has also begun geo-tagging of all PMEGP units so as to verify the actual physical status of the units and their performance at any point of time. So far, more than one lakh PMEGP units have been geo-tagged. This also enables any person to locate the PMEGP units using a mobile app.

Further, the Ministry of MSME, based on the inputs provided by KVIC, removed the role of the District Level Task Force Committee in approving the PMEGP projects and authorized state directors of KVIC for approval of projects and directly send it to the financing banks.

KVIC also reduced the timeframe for scrutinizing and forwarding the applications to the banks by its state directors from 90 days to just 26 days. Further, monthly coordination meetings with the banks were started at different levels which, too, has resulted in timely disbursement of loans to the  beneficiaries. 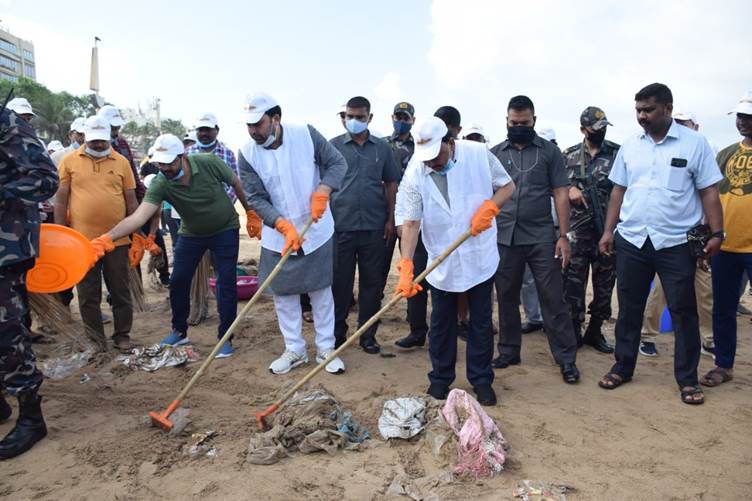 Shri Narayan Rane participated in this drive along with the Chairman of KVIC Manoj Kumar. A large Number of local officials including senior officers, employees of the Commission people participated. 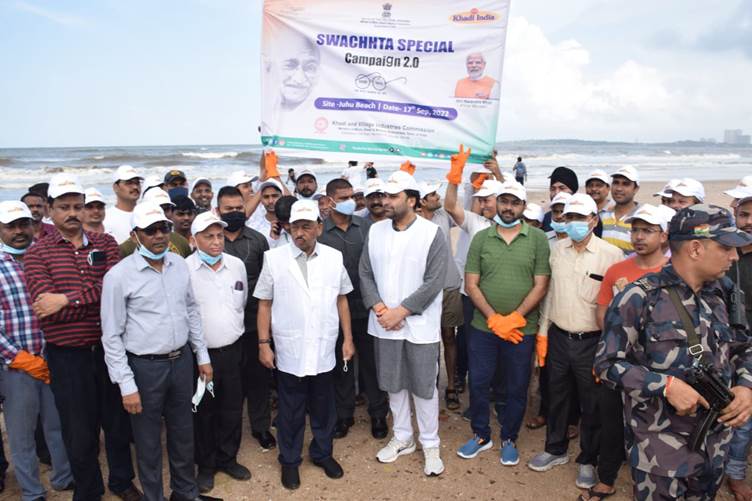 Commenting on the Swachh Sagar Surakshit Sagar Shri Rane said our ministry is working around the year and participating in the cleanliness drive it is not only for a day. It should not be a formality, but a habit and be a practice on regular basis.