National Mining Ministers’ Conference was another step in the direction of making the mineral sector ‘Aatma Nirbhar’ and promoting Sustainable Mining.

National Mining Ministers’ Conference was another step in the direction of making the mineral sector ‘Aatma Nirbhar’ and promoting Sustainable Mining.

Union Minister of Mines, Coal and  Parliamentary Affairs,, Shri Pralhad Joshi inaugurated the   National Mines Ministers’ Conference  (NMMC) on Friday at Hyatt Hyderabad. The conference shall continue on 10th  September, 2022 also at Hyatt Hyderabad, Gachibowli. The National Mining Ministers’ Conference was another step in the direction of making the mineral sector ‘Aatma Nirbhar’ and promoting Sustainable Mining in India.

The Union Government has introduced several reforms to boost Ease of Doing Business in the sector. Exploration of Mineral blocks have been facilitated to aid auction of blocks to investors and the sector has been made more competitive in order to increase the production of minerals by 200% in 7 years. The theme of the conference is to develop strategies  and increase the effectiveness of the new policy reforms brought out by the Union while we are entering Amrit Kal.   Considering the vital role of mineral exploration in the country in meeting the global demand for minerals in the coming decades, Union Government held the National Mining Ministers’ Conference to strengthen the ties between the Ministry of Mines and various state governments and discuss strategies need to achieve the goals being set for mining sector to be achieved in Amrit Kal by 2047.

During the conference, Hon’ble Minister of Mines inaugurated a digital platform called ‘The Mining Arena’. This is an interactive platform  which will give the people first-hand experience and information about working of the Ministry of Mines. It will provide an insight on Ministry’s roles and responsibilities, its achievements and will also give an overview of Ministry’s attached offices, CPSEs and autonomous bodies. 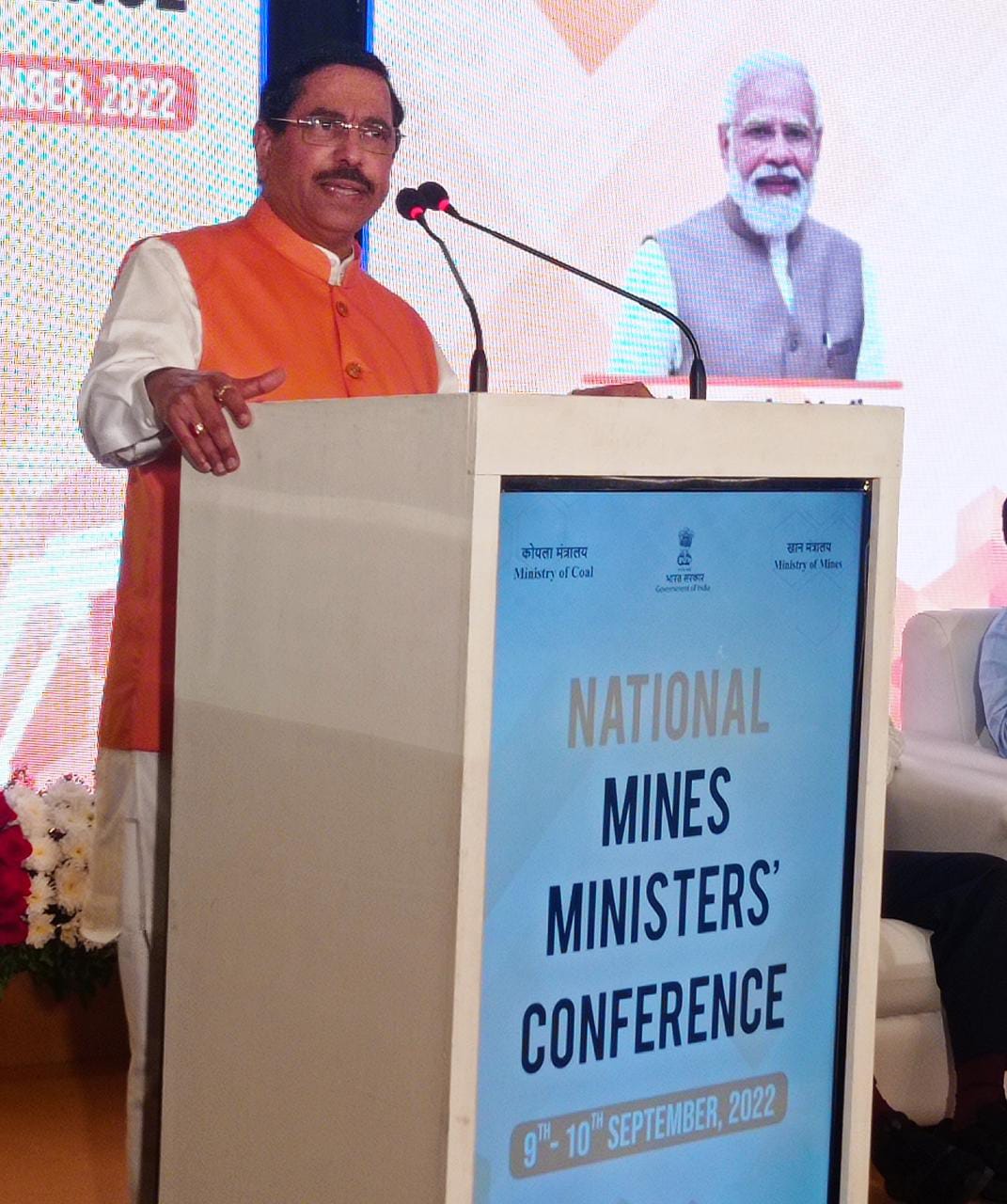 Discussions were held on the efforts made in the mining sector and effective utilisation of National Mineral Exploration Trust (NMET) funds by state governments. NMET was established by the Central Government on 14th August, 2015. NMET is now a “non-profit Autonomous Body” after the recent amendments of Mines and Minerals (Development and Regulation) Act, dated 28th March, 2021 .NMET so far approved 238 projects out of which 132 projects have been completed by incurring an expenditure of ₹513.85 Cr. till date. The Ministry of Mines has notified 10 private exploration agencies. These notified private exploration agencies shall be eligible for funding from National Mineral Exploration trust. Representative from the  NPEAs also interacted with the participants.

The presentation on the Auction process in the mineral sector threw light on how the Auction regime improved transparency and ensured increased revenue to State Governments . The MMDR Act had been  subsequently amended in 2016, 2020 and in 2021 with the objective to boost mineral production, increase revenue earnings of State Governments, generation of employment &improve ease of doing business etc. Since the amendment to MMDR Act, 1957 in 2015, 206 mineral blocks have been auctioned so far, across 10 States. With these amendments the number of blocks auctioned per year has increased 3 times which has also resulted in a significant increase in the revenue earnings of the State Governments Discussions also included the present Status of Auction by State Governments.  Seven states- Karnataka, Odisha, Madhya Pradesh, Chhattisgarh, Maharashtra, Andhra Pradesh, Gujarat presented on their mineral potential and challenges  faced in this sector. The highlights of the Rashtriya Khanij Vikas Pursakar awards which was awarded to best performing states on 12 July 2022 at the 6th National Conclave on Mines and Minerals held at New Delhi was displayed during the conference. Earlier this year, the Ministry of Mines had given out the national level awards, ‘Rashtriya  Khanij  Vikas Puraskar’  for  incentivizing states who take initiative in exploration, auction, operationalization of mines to increase mineral production in the country for each year starting from FY 2019-20 & 2020-21 (clubbed together). The awards were given in three categories namely, Category – I:Iron ore, Limestone and Bauxite:, Category – II: Other minerals, Minerals other than minor minerals, iron bauxite and limestone, and Category-III: Minor minerals like mice, granite, marble etc. The awards include a trophy, plaque and cash awards. Cash awards of 3 Crore , 2Crores and 01 Crore was awarded for the 1st, 2nd and 3rd prize winners  respectively. Total cash award of Rs.   Crore in form of National award and incentives  was awarded in July 2022 at Delhi by M/o Mines .

On 10th September 2022, Ministry of Coal will hold  the sessions. Discussions are  planned  on Reforms in the Coal Sector and their impact, Land acquisition for coal mining, Coal logistics and Operationalization of allotted coal mines. National Mining Ministers’ Conference was another step in the direction of making the mineral sector ‘Aatma Nirbhar’ and promoting Sustainable Mining. This goal of self-reliance can only be realized when state governments and the central government work in close cooperation with each other .This conference was one more step in the direction of working together to achieve our goal of increasing mineral production and achieving target of self-reliance in the Amrit Kal.