The Minister informs that the fuel cell utilizes Hydrogen and Air to generate electricity to power the bus and the only effluent from the bus is water, thus making it possibly the most environmentally friendly mode of transportation

Dr Jitendra Singh also inaugurates the Bisphenol-A pilot plant in CSIR-NCL, an important feedstock for the production of epoxy resins, polycarbonate and other engineering plastics 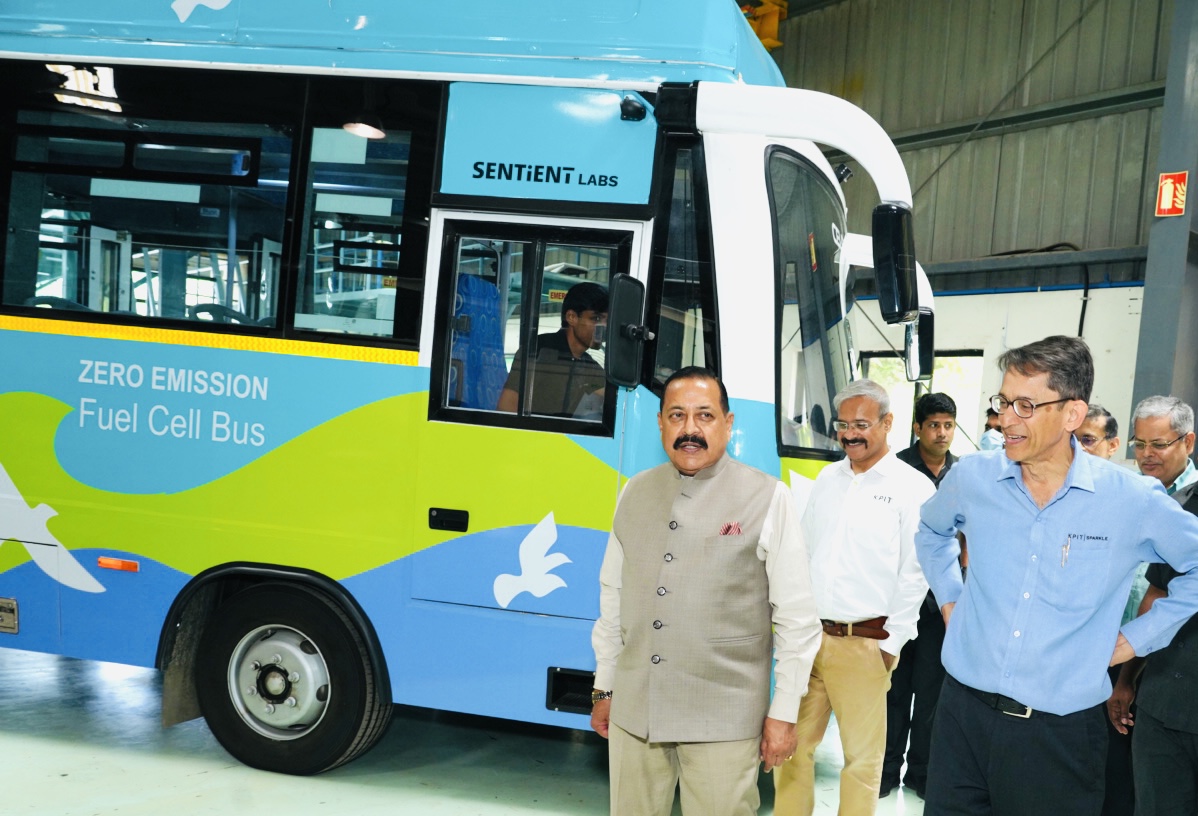 Dr Jitendra Singh informed that the fuel cell utilizes Hydrogen and Air to generate electricity to power the bus and the only effluent from   the bus is water, therefore making it possibly the most environmentally friendly mode of transportation. For comparison, a single diesel bus plying on long distance routes typically emits 100 tons of CO2 annually and there are over a million such buses in India. 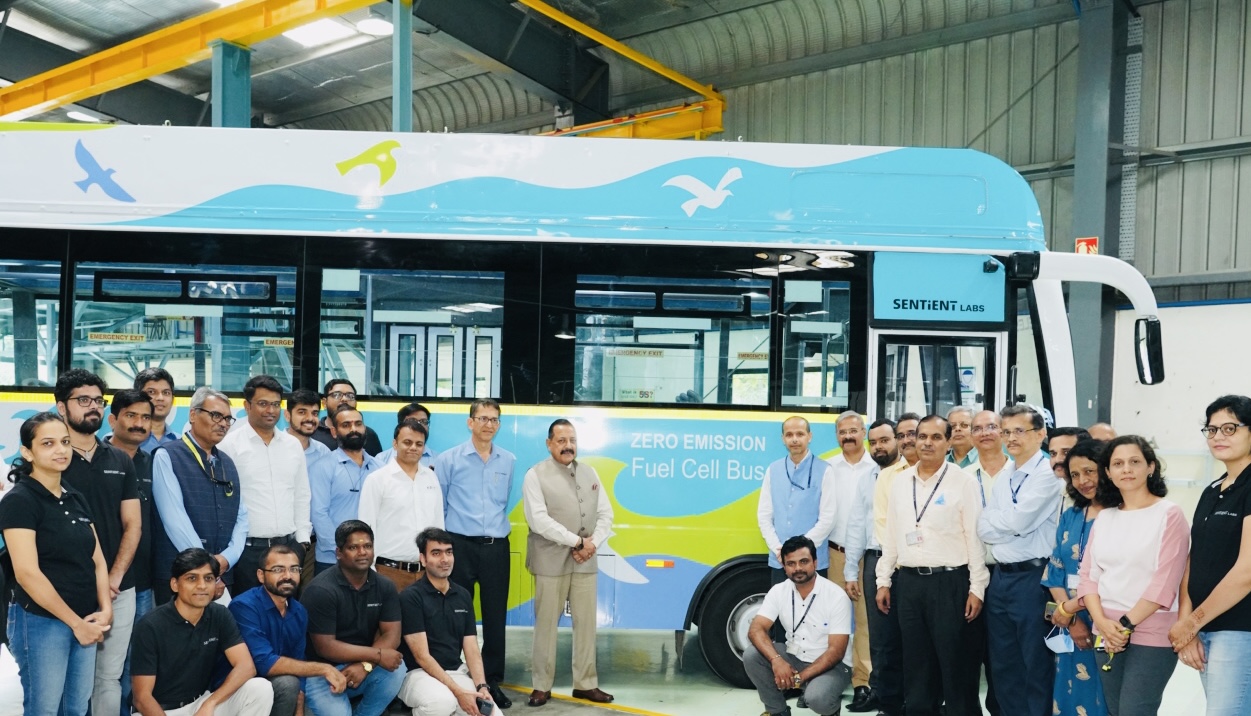 Dr Jitendra Singh said, the high efficiency of fuel cell vehicles and the high energy density of hydrogen ensures that the operational costs in rupees per kilometre for fuel cell trucks and buses are lower than diesel powered vehicles and this can bring freight revolution in India. Moreover, Fuel Cell vehicles also give zero green-house gas emissions. The Minister lauded the joint development efforts of KPIT and CSIR-NCL and pointed out that the technology prowess of Indian scientists and engineers is no less than the best in the world and also at much lower costs.

Dr Jitendra Singh pointed out that about 12-14% CO2 emissions and particulate emissions come from diesel powered heavy commercial vehicles and these are decentralised emissions and hence difficult to capture. The Minister said, Hydrogen fuelled vehicles provide an excellent means to eliminate the on-road emissions from this sector. He said, India is also aiming to increase inland waterways for freight and passenger transport.

Dr Jitendra Singh concluded that by achieving these goals, India can pole-vault from being net importer of fossil energy to becoming net exporter of clean hydrogen energy and thus, providing global leadership to India in hydrogen space by becoming a large green hydrogen producer and supplier of equipment for green hydrogen.

Dr Jitendra Singh said, Bisphenol-A (BPA) is an important feedstock for the production of epoxy resins, polycarbonate and other engineering plastics. He said, the global market for Bisphenol-A is projected to reach 7.1 Million Tons by 2027, growing at a CAGR of 2% over the analysis period 2020-2027. The entire estimated annual demand of 1, 35,000 tons in India is imported today. The Minister hoped that CSIR-NCL’s technology will enable import substitution of this important raw material and help in India’s Atmanirbhar initiative.

The uniqueness of the process developed by CSIR-NCL is a novel downstream process technology, which makes this indigenous technology competitive with global benchmarks. The process is ready for technology transfer and further co-development to commercial scale.