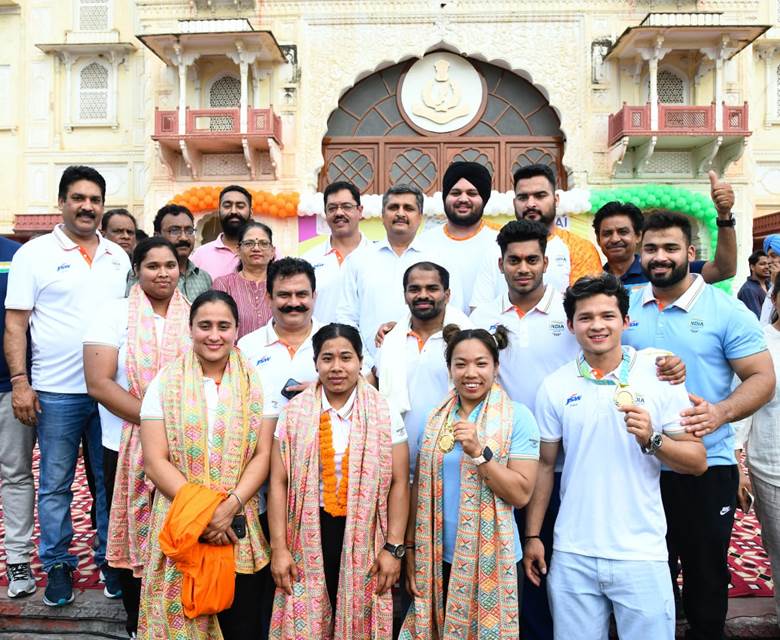 The contingent was welcomed Saturday morning at the Amritsar airport. Later in the day, they were felicitated at the SAI NSNIS Patiala, which has been the Weightlifting team’s training base. A total of 19 people – 14 athletes, 4 coaches and one team manager arrived in India on Saturday morning. 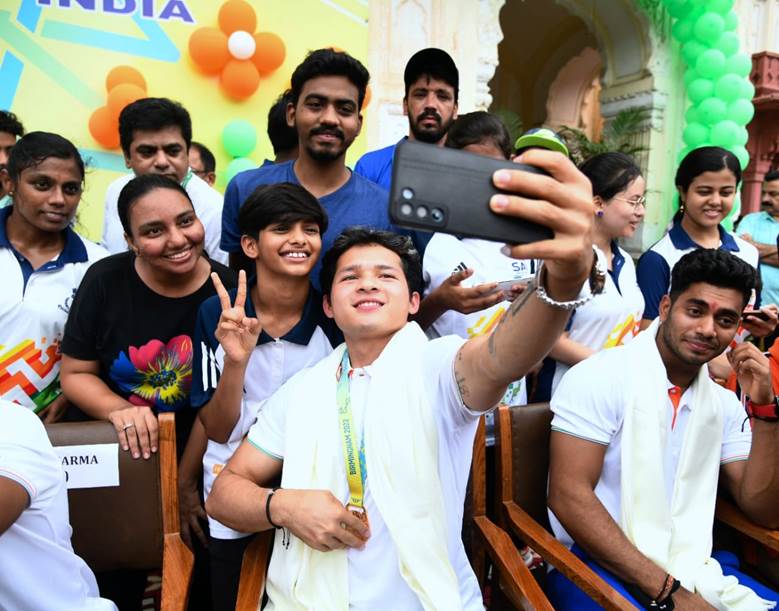 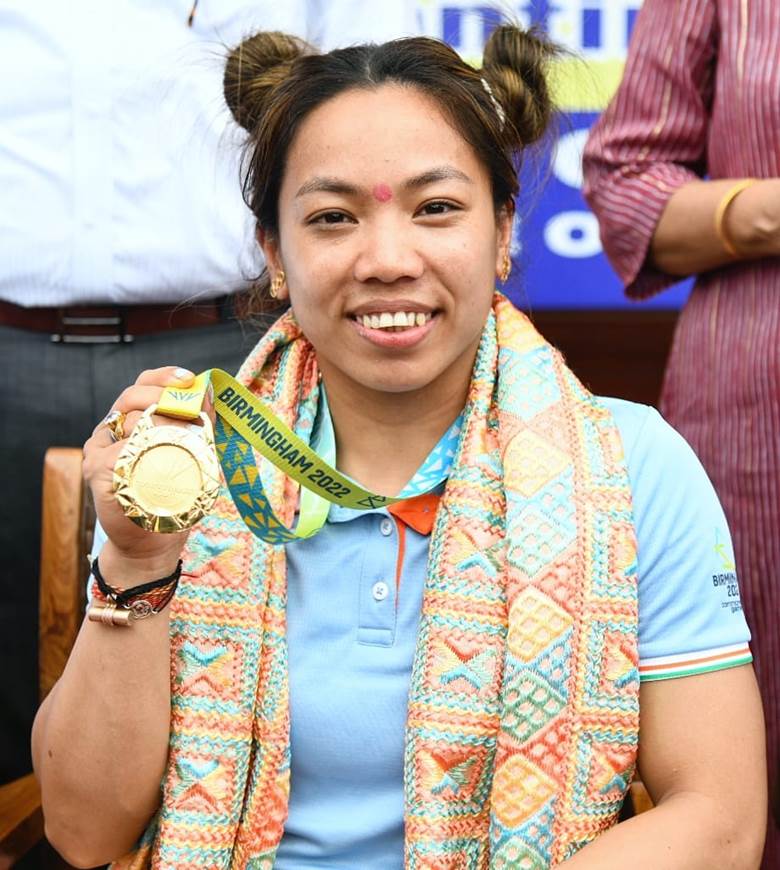