Indian Navy on 05 Aug 22 signed a MoU with the Space Applications Centre (ISRO), Ahmedabad on data sharing and cooperation on Satellite based Naval Applications in Oceanology and Meteorology.

With this initiative, both the organisations will have a common platform of mutual cooperation, wherein the scientific advancements by SAC would be synergised into the Indian Naval efforts to keep the nation’s defence in step with rapid development in the field of Satellite Data retrieval and applications. This MoU is an extension of previous MoU signed in 2017 and will further the collaboration between two organisations.

The Memorandum of Understanding was signed by SAC and Indian Navy to further meaningful interactions and professional exchanges in future. 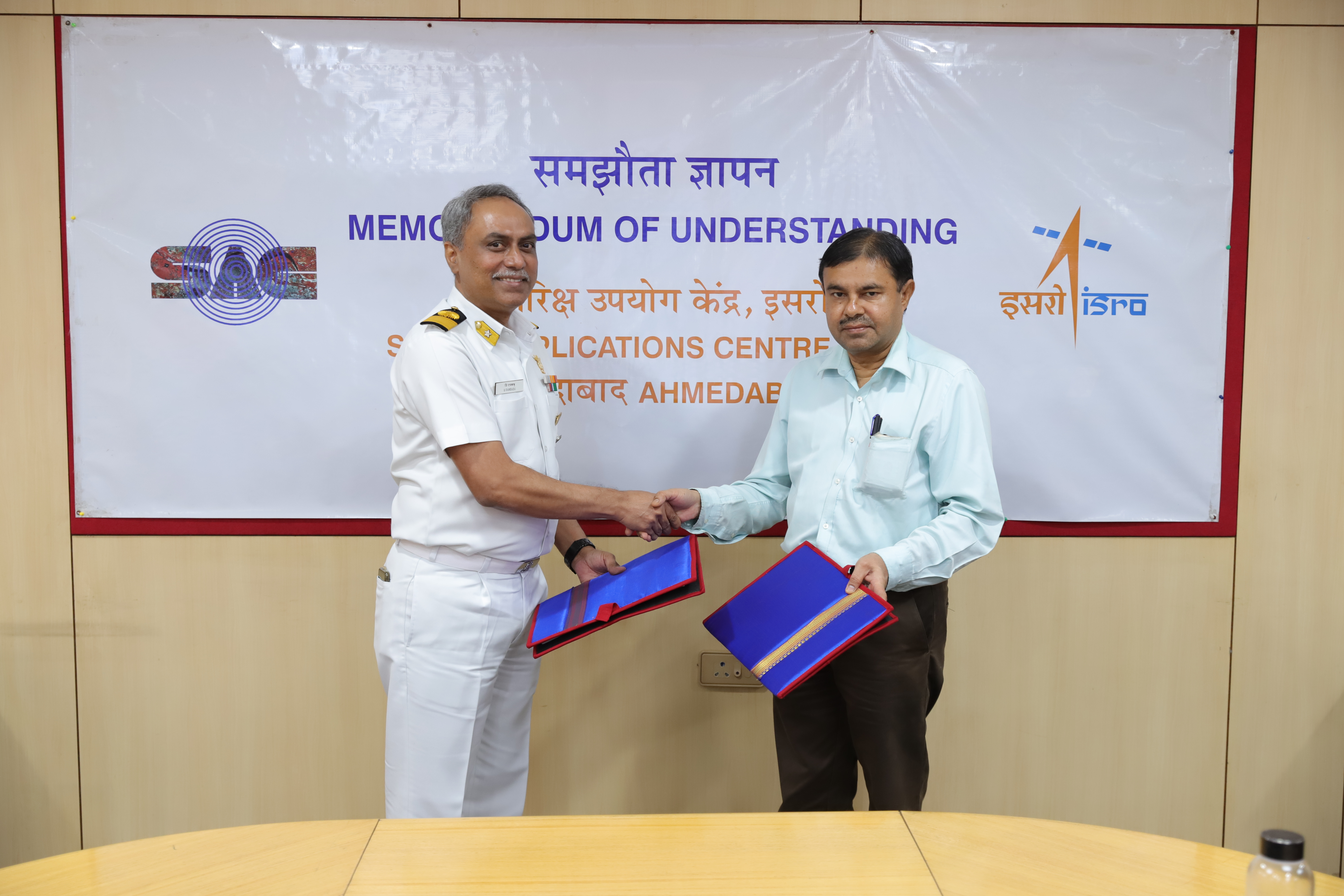