Dignity of judges and respect for judiciary is inviolable as these are fundamentals of rule of law, says Shri Dhankhar

The Vice President, Shri Jagdeep Dhankhar today highlighted that a spinally strong, fair and independent Justice System is the safest guarantee to blossoming and flourishing of democratic values.

Addressing a gathering during a felicitation ceremony organised by the Supreme Court Bar Association in his honour in New Delhi today, the Vice President quoted the popular Sanskrit verse ‘धर्मो रक्षति रक्षित:’ (the law protects us if we preserve its sanctity), and termed it as the ‘nectar’ of democracy and rule of law. Observing that there is widespread perception that this wholesome principle is contemporaneously under strain, he asked the people in authority and high positions to keep law above everything in larger public interest and to further and enhance democratic echo system. Quoting Thomas Fuller, he said “Be you ever so high, the law is always above you.”

On this occasion, Shri Dhankhar emphasised that the dignity of judges and respect for judiciary is inviolable as these are fundamentals of rule of law and constitutionalism. He also called for a spirit of harmony and togetherness in the working of constitutional entities in the country.

Expressing his gratitude to the Supreme Court Bar Association, Shri Dhankhar said that on this occasion, he felt like experiencing trepidation reminiscent of his first appearance in court. He also thanked the judges and senior advocates who moulded him during his formative days.

Photographs of the event – 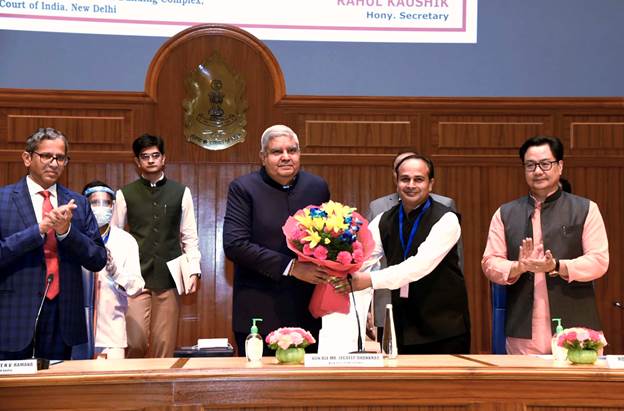 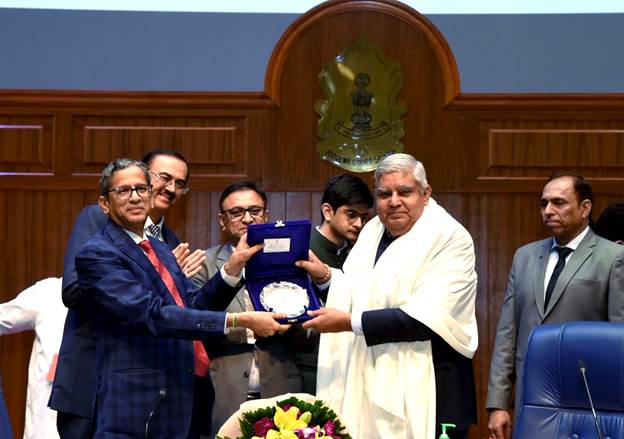 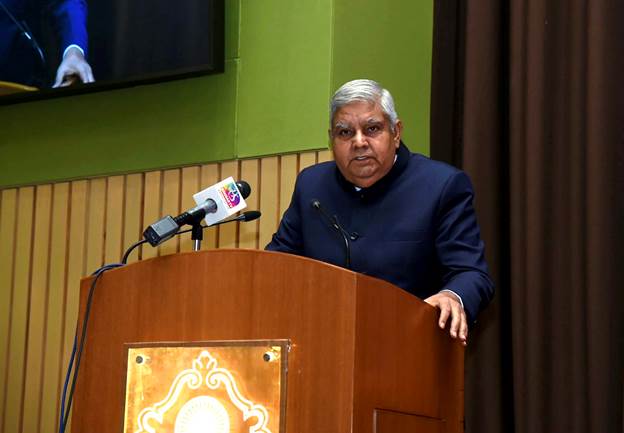 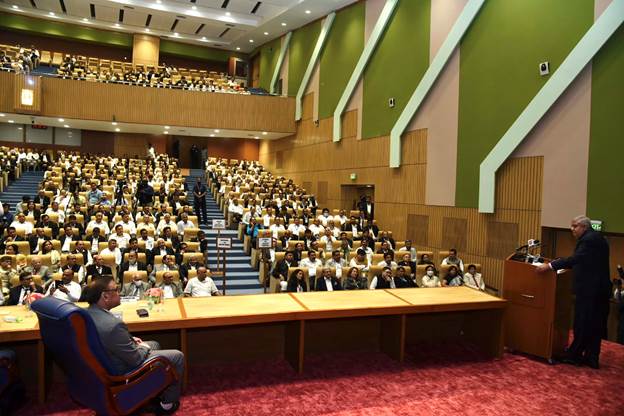 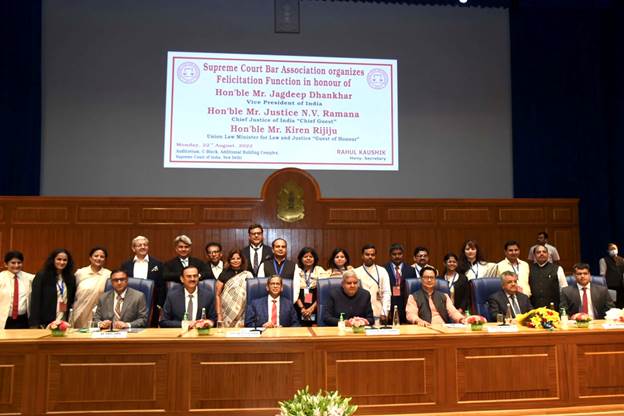 Following is the full text of speech –

Overwhelmed-humbled by the warmth and honor reflected in the address of preceding speakers. They could not have been more kind.

Would ever cherish this moment- felicitation by those who know me and know of me more than others.

Moments such as these are rare in one’s life journey. Nothing can be more satisfying, energizing and motivating than this.

For over three decades as Senior Advocate had gratifying moments in the hallowed precincts of this court. It has shaped me what I am today.

All through it was learning from Judges, Senior Advocates, Advocates and others including courteous court and association staff.

I recall with gratitude impactful ethics and professionalism imparted by members of Bar while I practiced at Rajasthan High Court. Former Chief Justice R.M. Lodha, Former Supreme Court Judge Justice G.S. Singhvi, Justice Tibrewal and Justice Vinod Shankar Dave played critical role in my evolution. I shall ever be indebted to them. Even younger members of Bar at that time, two of them are here Justice Ajay Rastogi and Justice Dinesh Maheshwari exemplified wholesome court craft and professional decorum. I got from them much more than possibly I did.

We all need to remember reflections of United States Supreme Court Justice Joseph Story who  in 1829 said:

“The law is a jealous mistress and requires long and constant courtship. It is not to be won by trifling favors, but by lavish homage.”

In all earnestness I engaged in placating the jealous mistress. On a lighter note – absence of ‘jealous mistress’ was felt ever since oath of office as Governor on July 30, 2019.

As West Bengal Governor for three years missed the wit, humor, occasional subtle rebuke in court and sarcasm of friends. I would be ever indebted to the extraordinary exposure of intellect and wisdom of the Bench and Bar that I benefited all these years and missed in last three years.

Our Shastras say ‘धर्मो रक्षति रक्षित:’ -‘the law protects us if we preserve its sanctity’. This is ‘nectar’ of democracy and rule of law. There is widespread and well premised perception that this wholesome principle is contemporaneously under strain.

All in the country need to realize what Thomas Fuller reflected three centuries ago and severally emphasized by this Court :

“Be you ever so high, the law is always above you.”

People in authority and high positions need to take cognizance of this in larger public interest and to further and enhance democratic echo system.

Dignity of judges and respect for judiciary is inviolable as these are fundamentals of rule of law and constitutionalism.

As foot soldier of Bar and Bench I would strive for harmony and working in togetherness of constitutional entities.

In Bharat in view of constitutional ordainment spirit and essence all institutions need to appreciate and realise the primacy of the aspirations of people reflected through their representatives.

I look forward to continued enriching engagement with the Bar and the Bench in the period ahead.

I find no words to express a deep sense of gratitude to the Supreme Court Bar Association and the Hon’ble Chief Justice and Hon’ble Judges of the court for being so kind and considerate.