Union Minister of Environment, Forest and Climate Change, Shri Bhupender Yadav met Shri Alok Sharma, UK COP26 President today. Both leaders discussed how India and the UK can continue working together to deliver the Glasgow Climate Pact and how India-UK collaboration on climate action can be strengthened under the 2030 Roadmap. 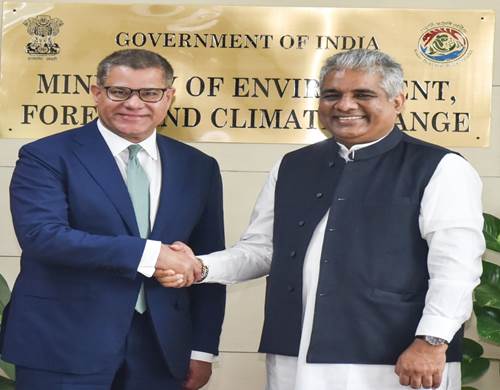 Shri Yadav expressed his appreciation for the leadership of COP26 President and his continued engagement with all stakeholders for the successful conclusion of COP26 of the UNFCCC. He emphasised the need for continued momentum of climate action and delivery of commitments for the successful implementation of the Paris Agreement.

Union Minister reiterated India’s commitments to the ambitious targets announced by the Prime Minister, Shri Narendra Modi in the form of five nectar elements “Panchamrit” including the ambitious target of 500 GW of non-fossil energy. He thanked UK for joining India to launch One Sun One World One Grid (OSOWOG) initiative at COP26. Mr Alok Sharma, UK COP26 President was also apprised of the call of the Prime Minister at COP26 to the world community to embrace the LiFE mantra- Lifestyle for Environment as mass movement on sustainable lifestyles to accelerate climate action and to bridge the gaps in global climate resilient transition. 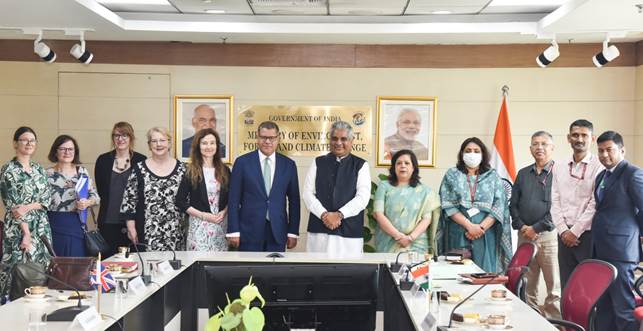 The Union Environment Minister also stressed that current pace and scale of climate finance and technology support from developed countries are not matching the global aspiration to combat climate change. He emphasised the need for up scaling the delivery and targets of implementation support including finance and technologies.