The event celebrated the journey of the world’s largest platform for participatory governance which has nearly 2.5 crore registered citizens

Minister also launched ‘Responsible AI for Youth 2022’, an initiative of NeGD, Ministry of Electronics & IT in collaboration with Intel India 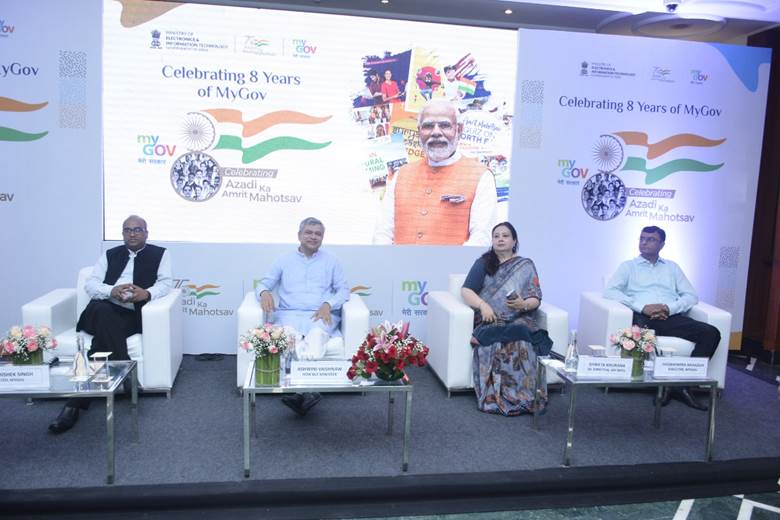 The Union Minister Shri Ashwini Vaishnaw also launched ‘Responsible AI for Youth 2022′. Responsible AI for Youth was created by the National E-Governance Division, Ministry of Electronics & IT in collaboration with Intel India and the support of the Ministry of Education. The Program will be open to all school students studying in classes 8-12 across India to foster a deeper understanding of AI-tech and encourage youngsters to become human-centric designers.

Shri Abhishek Singh, CEO MyGov welcomed all the dignitaries present; he addressed the august audience and spoke about the impact of MyGov, “Extremely proud of Team MyGov for putting their best in ensuring we meet the expectations of citizens through participatory governance. Extremely thankful to all MyGov Saathis, stakeholders and partners for their support in our journey.” 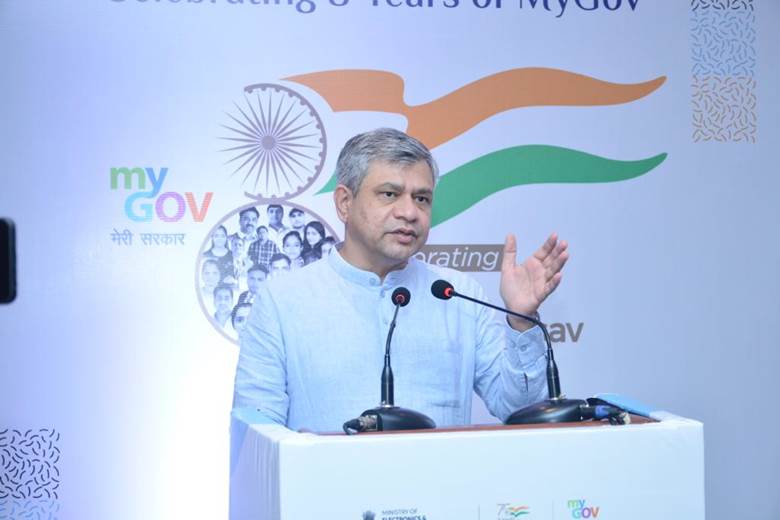 Speaking at the event, the Minister Shri Ashwini Vaishnaw expressed his thoughts on MyGov 2.0 and said, “Use of technology as well as platforms such MyGov have enabled full benefits of Government programs and schemes to reach citizens at large. I congratulate team MyGov for completing 8 years. MyGov has helped citizens engage with the government. Would encourage more citizens to share your thoughts.”

MyGov (mygov.in), the Government of India’s citizen engagement platform, was launched on 26th July 2014 by Hon’ble Prime Minister Narendra Modi and has been built on the three pillars of ‘Do’, ‘Discuss’ and ‘Disseminate’.  Since then, MyGov has evolved as the one stop destination for citizens to contribute their unique skills towards nation-building. At the same time, MyGov has played a pivotal role in bridging the communication gap through seamless dissemination of information in various creative formats and mediums such as videos, infographics, podcasts, interactive dashboards etc.

With over 2.5 crore registered citizens, MyGov has effectively blended creativity and latest technology through various offerings such as discussions, innovation challenges, quizzes, creative contests, pledges and polls. Some of the most prominent logos of the Government of India including Azadi Ka Amrit Mahotsav, Digital India, PM Jan Dhan Yojana and Swachh Bharat have been created by MyGov Saathis through various contests on the platform. Some of the most notable campaigns steered by MyGov in the last year include Seva Samarpan (20 years of Good Governance), Azadi Ka Amrit Mahotsav, Sabka Vikas Maha Quiz and Agniveer.

Speaking of its impact in numbers, MyGov has cumulatively amassed 1.4 billion views on various sections, pages and microsites. Over 42 crore messages were sent out to 9 crore users through the MyGov helpdesk and chatbot launched for the dissemination of COVID-19 related information. Over 4 crore IVRS messages and more than 3.8 Lakh ideas have been received for PM Narendra Modi’s radio programme Mann Ki Baat. MyGov also has a presence across various social media platforms with over 13 Lakh followers on Facebook, 21 Lakh followers on Instagram, 6 Lakh subscribers on YouTube, 30 Lakh followers on Twitter and millions of followers across Sharechat, Roposo, Koo and Chingari.