Lok Sabha passes the Indian Antarctic Bill, 2022 aimed at having India’s own national measures for protecting the Antarctic environment and dependent and associated ecosystem

Ministry of Earth Science Lok Sabha passes the Indian Antarctic Bill, 2022 aimed at having India’s own national measures for protecting the Ant

Lok Sabha passes the Indian Antarctic Bill, 2022 aimed at having India’s own national measures for protecting the Antarctic environment and dependent and associated ecosystem

Lok Sabha today passed the Indian Antarctic Bill, 2022 moved by Minister of Earth Sciences Dr Jitendra Singh. The Bill aims at having India’s own national measures for protecting the Antarctic environment as also the dependent and associated ecosystem.

Speaking about the Bill, Union Minister of State (Independent Charge) Science & Technology; Minister of State (Independent Charge) Earth Sciences; MoS PMO, Personnel, Public Grievances, Pensions, Atomic Energy and Space, Dr Jitendra Singh said, the main aim is to ensure de-militarization of the region along with getting it rid of mining or illegal activities. It also aims that there should not be any nuclear test / explosion in the region. 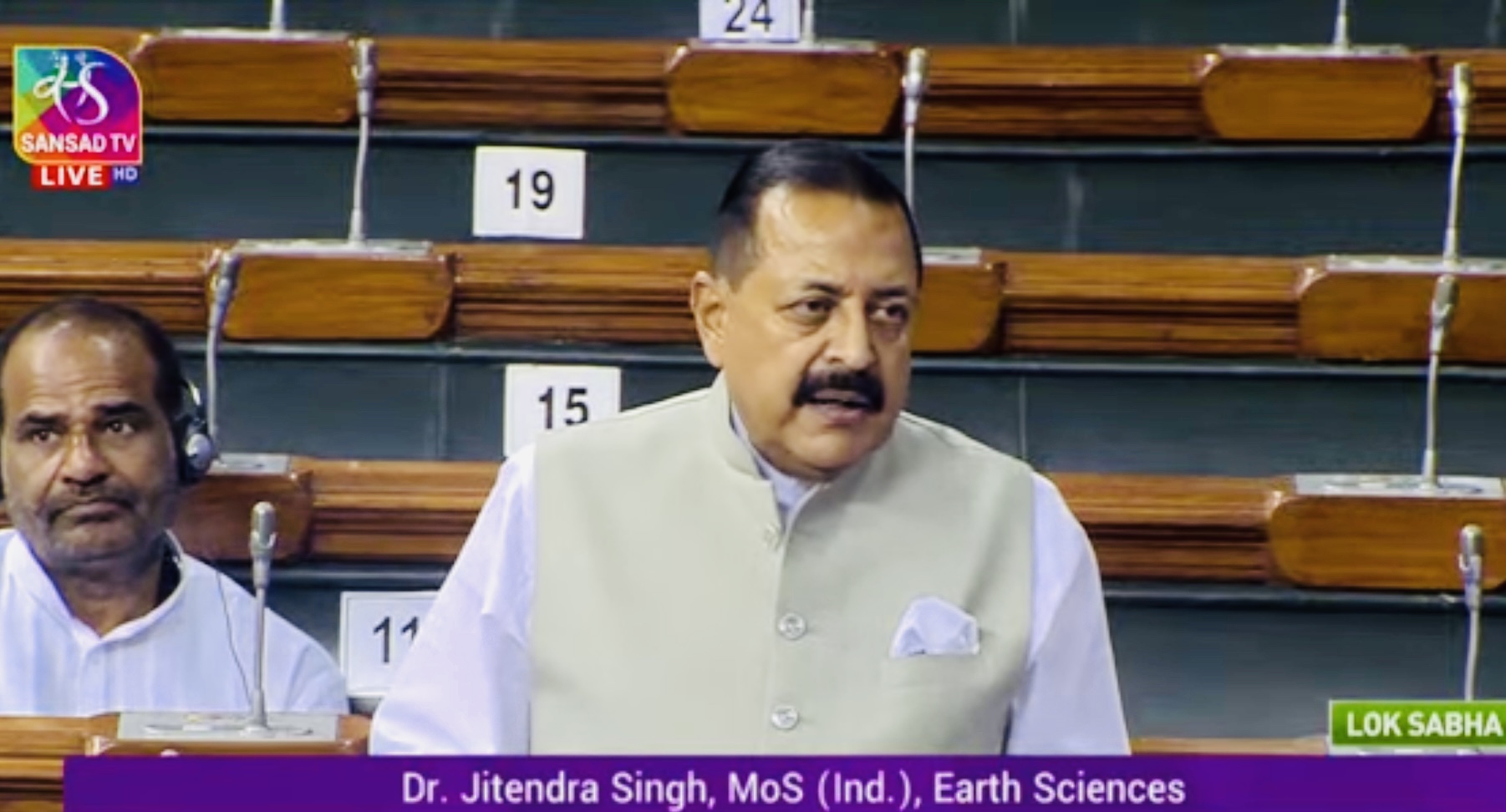 The bill is in pursuant to India’s accession to Antarctic Treaty, the Protocol on Environment Protection (Madrid Protocol) to the Antarctic Treaty and to the Convention on the Conservation of Antarctic Marine Living Resources.

Dr Jitendra Singh pointed out that the Bill provides a harmonious policy and regulatory framework for India’s Antarctic activities through well-established legal mechanisms and will help in efficient and elective operations of Indian Antarctic Programme. It will also facilitate India’s interest and pro-active involvement in the management of growing Antarctic tourism and sustainable development of fisheries resources in Antarctic waters. It will also help in increased international visibility, credibility of India in Polar governance leading to international collaboration and cooperation in scientific and logistics fields.

Dr Jitendra Singh also elaborated that the continuing and growing presence of Indian scientists in Antarctica in the research stations with concurrent commitment to Antarctic studies and protection of fragile Antarctic ecosystem warrants adoption of domestic legislation on Antarctica consistent with its obligations as a member of Antarctic Treaty System. The enforcement of such laws will confer Jurisdiction on the courts of India to deal with any dispute or crimes committed in parts of Antarctica. Legislation of such a kind will bind the citizens to the policies of the Antarctic treaty system. This will also be useful in building credibility and enhance the status of the Country globally.

The Bill also proposed to set-up Indian Antarctic Authority (IAA) under the Ministry of Earth Sciences, which shall be the apex decision making authority and shall facilitate programmes and activities permitted under the Bill. It shall provide a stable, transparent and accountable process for the sponsorship and supervision of Antarctic research and expeditions; ensure the protection and preservation of the Antarctic environment; and shall ensure compliance by Indian citizens engaged in the Antarctic programs and activities with relevant rules and internationally agreed standards. Secretary, Ministry of Earth Sciences will be the Chairperson of the IAA and the IAA will have official members from the concerned India Ministries and decisions will be by consensus.

India today has two operational research stations in Antarctica named Maitri (Commissioned in 1989) and Bharati (Commissioned in 2012). India has successfully launched 40 annual scientific expeditions to Antarctica till date. With Himadri station in Ny-Alesund, Svalbard, Arctic, India now belongs to the elite group of nations that have multiple research stations within the Polar Regions.