The worldwide acceptance of Yoga is a matter of pride for India: Shri Parshottam Rupala

The Government of India celebrated 8th International Day of Yoga (IDY) on 21st June, 2022. As the 8th IDY is falling in Azadi Ka Amrit Mahotsav year, the Government of India under the leadership of Hon’ble Prime Minister celebrated the event at 75 iconic sites across the country besides 75 locations across the world by different Indian embassies abroad with the “Guardian Ring” concept.The main theme of the 8th IDY is “Yoga for Humanity”.

The main event of mass Yoga was organized at Mysuru Palace, Mysuru, Karnataka under the leadership of Hon’ble Prime Minister Shri Narendra Modi, from where he addressed the events virtually today. 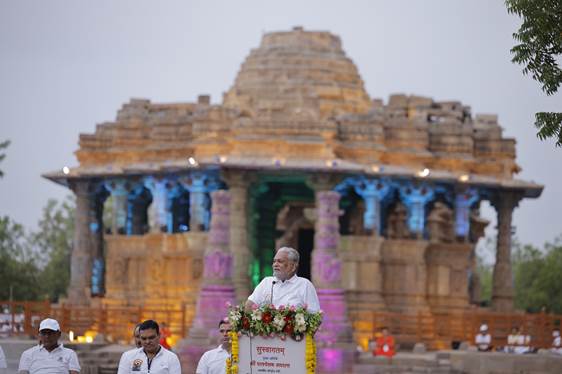 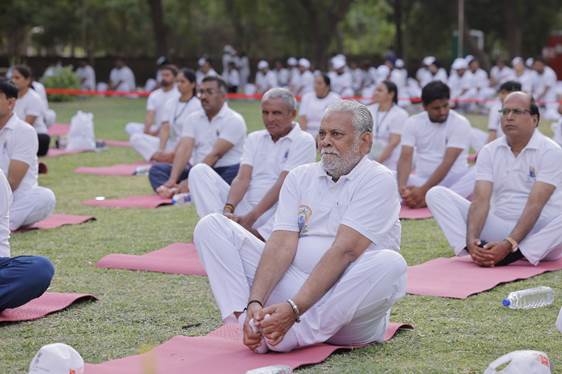 Addressing the Yogotsav, Shri Parshottam Rupala stated that the worldwide acceptance of Yoga is a matter of pride for India, as Yoga is an integral part of our cultural and spiritual heritage.

Shri Bhupendra Rajnikant Patel, Chief Minister of Gujarat also addressed the event virtually and highlighted the importance of Yoga in our daily life.The Government of Gujarat provided all administrative and logistic support enthusiastically to make the event grand success.

The Sun Temple of Modhera, which ranks next only to the sun temple of Konarkis one of the finest examples of temple architecture in Gujarat. Built in 11th Century A.D., this temple is located in Becharaji taluka of Mehsana district, on the left bank of river Pushpavati, a tributary of river Rupen situated at a distance of 30 kms from Patan city. 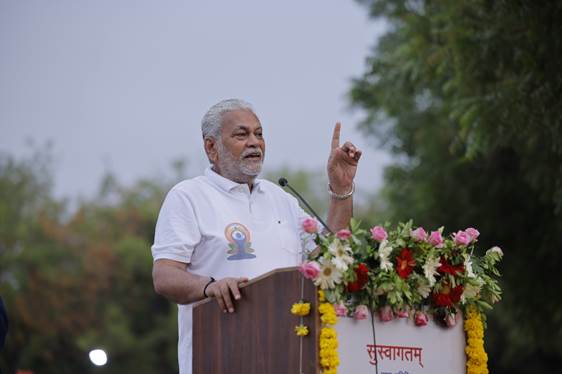 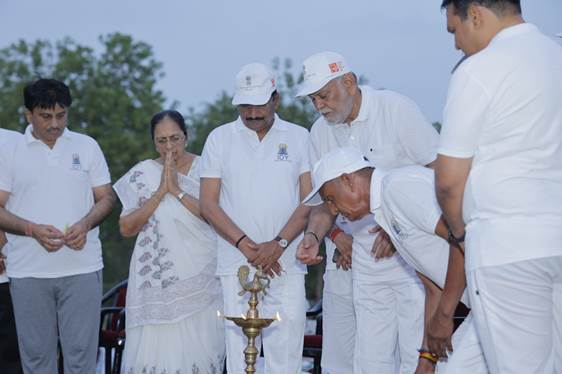 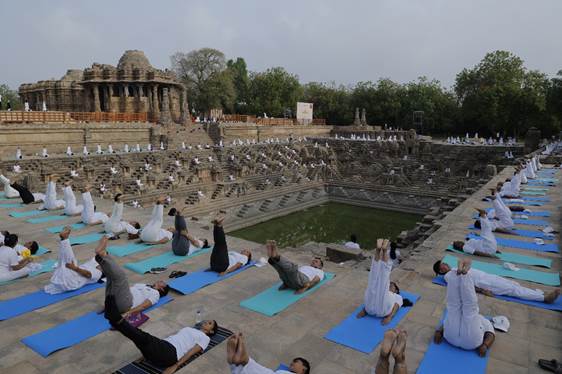