Labour and Skill Ministries working hand-in-hand for the skill development of our labour force: Shri Pradhan

Government under the visionary leadership of Prime Minister Modi has made many accomplishments for the nation since the past eight years and the inauguration of ESIC hospital in Angul is one among those many. Angul and Jharsuguda have many industries, so also labour force. Hence it is the duty of the government to ensure their well-being and this hospital as well as the sub-regional office will serve that purpose, said Union Minister of Education and Skill Development & Entrepreneurship, Shri Dharmendra Pradhan.

While formally inaugurating the hospital today at Angul, he said, it has acted as a Sanjeevani for the people of Odisha and saved many valuable lives during the second wave of Covid Pandemic. 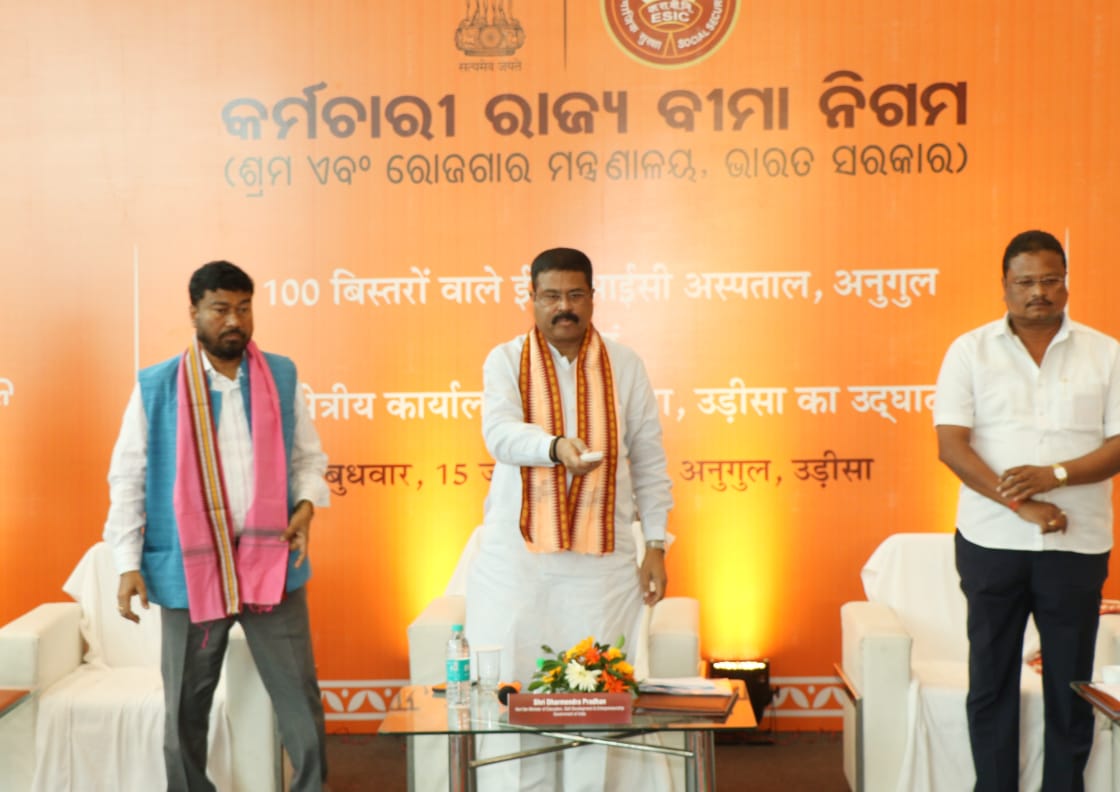 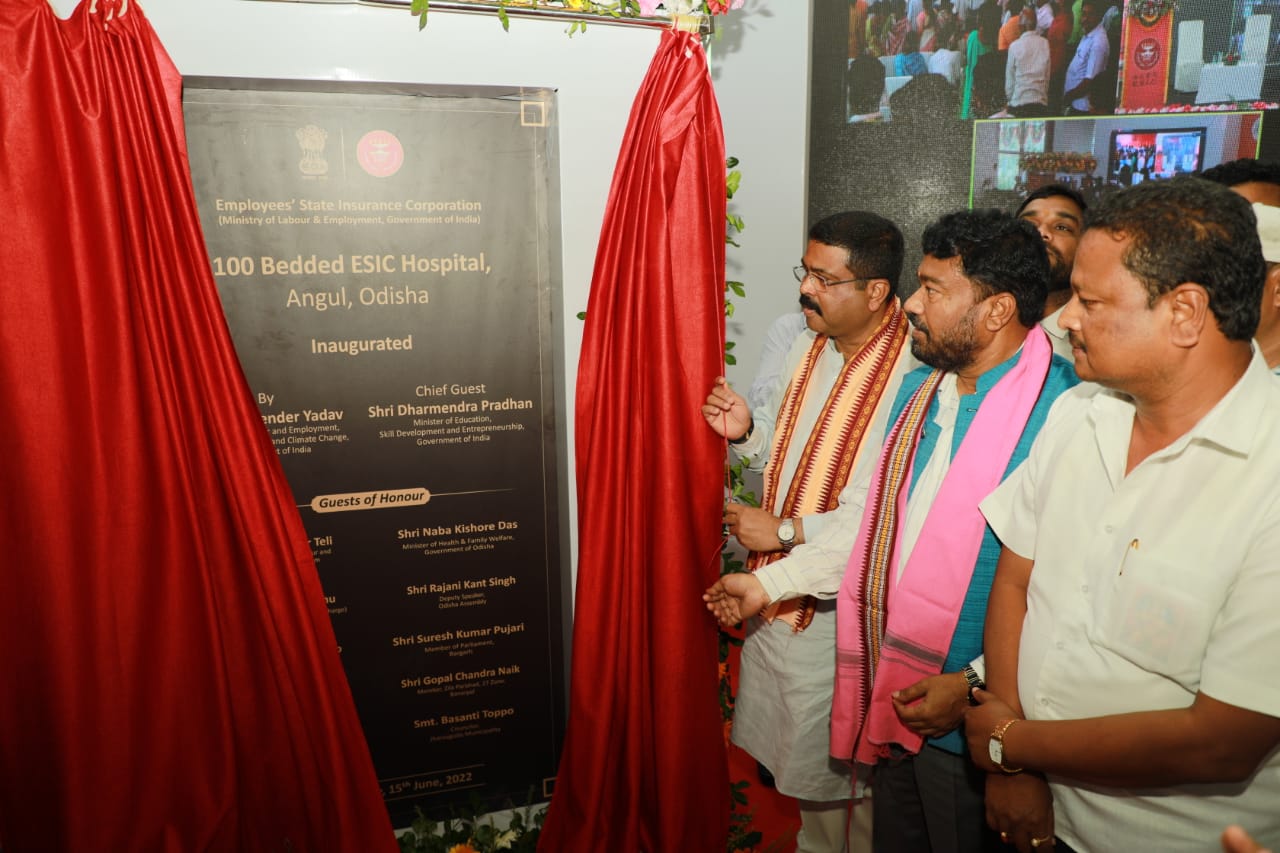 The Minister along with Minister of State for Labour and Employment, Shri Rameswar Teli today also inaugurated the sub-regional office of ESIC at Jharsuguda. The hospital aims at benefiting more than 3 lakh people in Angul and adjacent districts with super-specialty services while the sub-regional office at Jharsuguda is aims at benefiting around 2 lakh workers in 13 districts of Odisha. 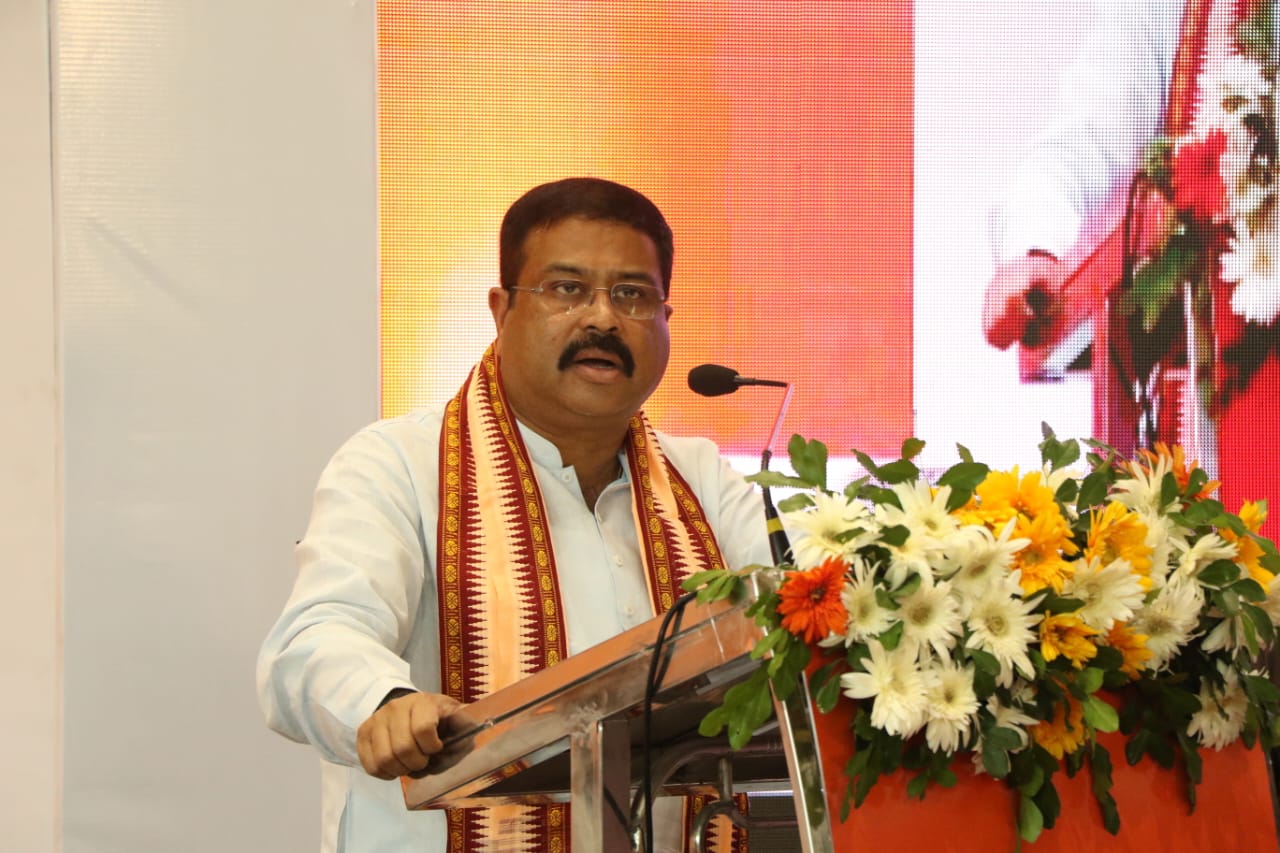 Talking about the initiatives of the government in the past eight years, Shri Pradhan said that the Modi government has replaced the provision of royalty with the District Mineral Fund scheme, which ensured that mineral rich districts get adequate funds for development directly from the center. Shri Pradhan also said that the Government has significantly increased the minimum wages of the labourers by about 50 percent during the past eight years.

The minister highlighting the e-Shram database, said that the Skill Development and Labour and Employment Ministry have been collaborating to conduct skill development training of the labour force. He said that through e-Shram, the center now has collected the information of about 27 crore registered labourers and this data now will be used for their benefit with extension of several social sector schemes and also skill development training.

Joining the inauguration, MoS for Labour and Employment, Shri Rameswar Teli said that three new ESIC hospitals, one 150-bedded at Bhubaneswar, one 100-bedded at Duburi in Jajpur and one 30-bedded at Paradip have been sanctioned by the Center. He said the labour force is the backbone of the nation’s development and the Government of India is taking all round steps to ensure their holistic development.

About the e-Shram initiative, Shri Teli said that 27 crore labourers including 1.3 crore from Odisha from the un-organised sector have registered in the portal and various social sector benefits are being extended to them. Shri Teli also talked about the PM Shram Yogi Maandhan Yojana and said that a new facility is being introduced through which employers of workers like the housemades in the unorganized sector can contribute their share of pension for the concerned workers. 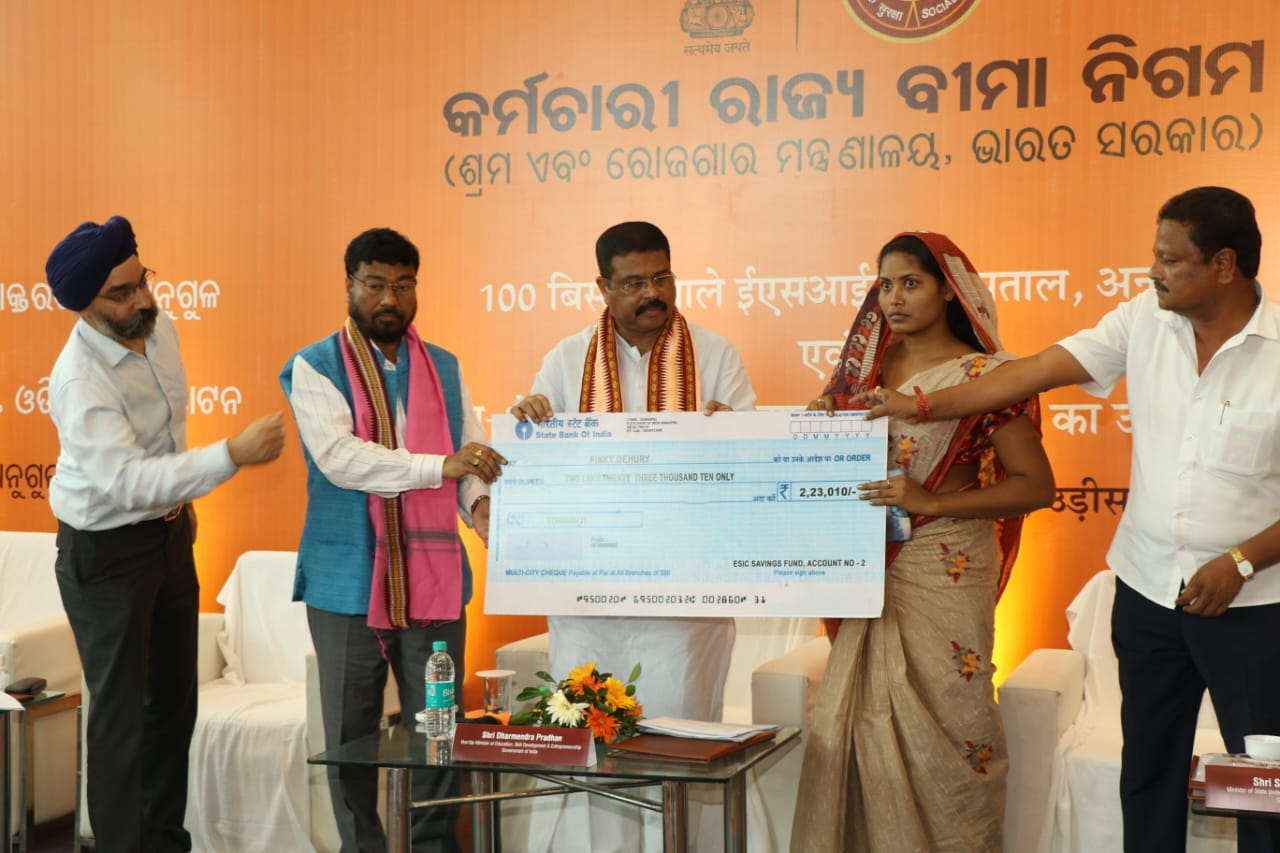