Swachh Bharat Mission-Urban 2.0, being implemented by the Ministry of Housing and Urban Affairs (MoHUA),has launched the Revised Swachh Certification Protocols for ODF, ODF+, ODF++, and Water+ certifications. The launch event, held at NirmanBhavan, New Delhi yesterday waschaired by Shri Manoj Joshi, Secretary, Ministry of Housing and Urban Affairs (MoHUA), and was attended by various stakeholders such as officials from States/UTs, Cities, and sector partners. During Prime Minister Narendra Modi’s maiden Independence Day speech in 2014, the target of eliminating the menace of open defecationfrom India was made a national developmental priority.Mahatma Gandhi’s 150th Birth Anniversary was chosen as the day by which all cities and statutory towns in urban India were to become 100% Open Defecation Free (ODF). By increasing awareness among citizens and consistently improving the availability of sanitation facilities, the first phase of Swachh Bharat Mission-Urbanwas successful in achieving this target and 100% of urban India was declared as Open Defecation Free. However, the mandate of the Mission goes beyond making urban India ODF.

Through SBM-U, India has scripted for itself a successful sanitation narrative that is a fitting tribute to Mahatma Gandhi’s vision of Clean India. Seven years since the Mission was launched,lakhs of citizens, especially women, children and divyangs, have been provided dignity and safety.The need of the hour is to sustain these sanitation achievements while steadfastly moving towards new sanitation goals.The revamped revised protocol is aligned with SBM-2.0 objectives and is designed to ensure:

It contains provisions to encourage cities to have robust infrastructure with reliable Operation &Maintenance (O&M) mechanisms to achieve the goal ofclean urban India.Key interventions against each certification are: 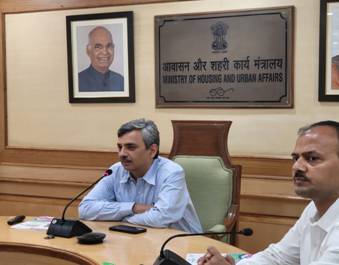 While launching the Revised Swachh Certification Protocols, Shri Manoj Joshi, Secretary, Ministry of Housing and Urban Affairs,emphasized on theneed for certification processes to constantly evolve to become more comprehensive. He said, “the evolution of a Protocol is a continuous process, and we are committed to move forward with a simplified process. The Revised Swachh Certification Protocols is more functionality-oriented and has been simplified for officials and citizens to understand it better. The purpose of the protocol is not only to improve rankings of cities but to motivate cities to achieve the spirit of the Mission.” 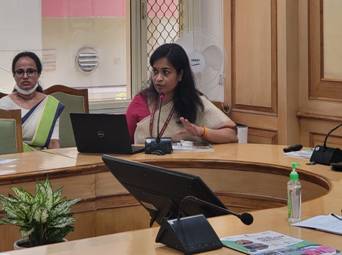 Speaking at the launch event, Ms. Roopa Mishra, Joint Secretary and Mission Director, Swachh Bharat Mission-Urban, Ministry of Housing and Urban Affairs emphasized on the Mission’s focus on making certification processes simple and more robust. “In the sanitation sector, the one-size-fits-all approach will fail to adequately address the growing demands and needs of the sector. It is critical for all of us to continuously innovate to address sanitation-related challenges in unique ways. The focus should be on ensuring the operation and maintenance of all toilets so that we can sustain the ODF achievements of the country.”

The launch event was followed by the third episode of SwachhTalks, the Mission’s flagship initiative to promote peer learning of Cities and States. With the first episode titled ‘SafaiMitraSuraksha’ and the second episode titled ‘Swachhata Ki Jyot’ on IEC initiatives under the Mission, the third edition was titled “Swachh Certifications: The Face of Urban Transformation”, aimed to build the capacities of officials on unique and innovative toilet solutions being deployed by cities, states, and organizations. Mr. Chandra Mohan Garg, Commissioner, Prayagraj shared sanitation-related strategies followed by the host city during Kumbh Mela in 2019 for Community & Public Toilets maintenance. Toilets made of Fibre Reinforced Plastic, & Prefab Steel Toilets were installed for easy maintenance. During the Kumbh Mela 2019, around 17,000 toilets were set up with no possibility of connecting the units to sewage networks. Thus, the city engaged more than 250 trucks and two temporary Sewage Treatment Plants (STPs) for efficient sewage management. Additionally, the city organized extensive campaigns, being driven by over 1,500 volunteers, to ensure good behaviour during the Kumbh Mela. 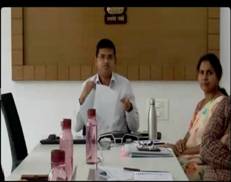 While discussing the evolution of sanitation infrastructure in Vijayawada, Municipal Commissioner Mr. SwapnilPundkarmentioned suitability of the Namma toilets model. These are modular toilets that can be installed within two months and offer a scope of modification at any time. Now, most spaces are on their way to become free of “yellow spots”.  Additionally, the ULB also shared its plan of action of incorporating air-conditioned ‘Sulabh Complexes’ with features such as sanitary pad vending machines to improve access to inclusive sanitation infrastructure in the city. Also speaking at SwachhTalks was the Bhopal Municipal Commissioner, Mr. K.V.S. Choudary who presented effective toilet models that are functional in the city such as SHE Lounge, Bio Toilets, and Fresh Rooms emphasizing on the importance given to ensuring dignity and access to sanitation for all.

Private sector organizations were also a part of the webinar.Mr. Sunil Agarwal from the Toilet Board Coalition spoke of the need to support growing startups in this space as well as automate toilets to achieve positive health outcomes and environmental sustainability. He emphasized on the need to run accelerator programmes that will demonstrate innovative sanitation solutions that can be run at scale and be aligned with the Mission.

Swachh Bharat Mission-Urban 2.0, launched by the Prime Minister on 1st October 2022 with the overall vision of creating ‘Garbage Free Cities’, has introduced Used Water Management as a newly funded component for towns with less than 1 lakh population. This showcases the Mission’s commitments to improving the overall Used Water Management ecosystem in Urban India by ensuring that no un-treated used water is discharged into water bodies (as per the Water+ Protocol). Under the Mission, maximum reuse of treated used water is a key area focus along with eradication of hazardous entry into sewers and septic tanks through mechanization of their cleaning operations.