Program aims to build capacity among 5,000 urban leaders in climate change adaptation and mitigation by 2027

In conjunction with the World Environment Day that was observed on June 5, the National Institute of Urban Affairs (NIUA) and World Resources Institute (WRI) India, jointly announced ‘Leaders in Climate Change Management’ (LCCM), a practice-based learning program today. It aims at building capacity among urban professionals to lead climate action across sectors and geographies in India. To facilitate this face-to-face learning program, the Administrative Training Institute (ATI), Mysuru, also singed a tripartite Memorandum of Understanding (MoU) with NIUA and WRI India, becoming the first delivery partner of the LCCM program.

LCCM envisions capacitating 5,000 professionals, including mid to junior-level government officials and frontline workers, and preparing them to champion climate change adaptation and mitigation solutions towards a coordinated effort to achieve India’s climate commitments. The launch also marked the achievements of the Ministry of Housing and Urban Affairs towards India’s urban climate goals.

The Union Minister for Housing and Urban Affairs Shri Hardeep Singh Puri, launched the learning program and a half-day workshop today to build capacities among climate leaders in Indian cities. 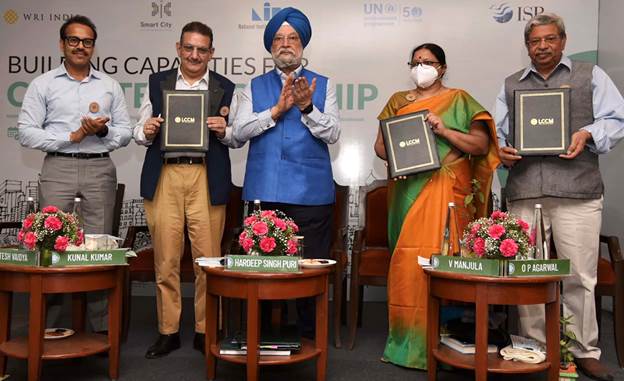 In his keynote address, he said, “It is most appropriate and fitting that we are launching the (LCCM) program today immediately after the celebration of World Environment Day yesterday. This program is another initiative in a long line of government interventions to not only combat climate change but also to build a new path of sustainable development that fulfils our economic conditions.” 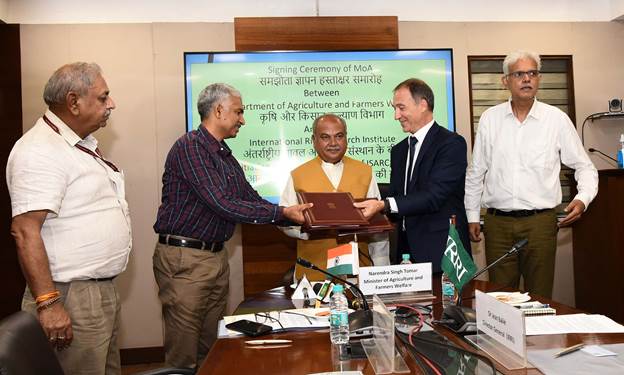 Shri Puri said, “In the last eight years, the Modi government has taken many concrete steps in pushing the sustainability agenda forward. At COP26 in Glasgow, the PM announced India’s aggressive agenda on climate change through the Panch Amrit action plan which envisages India becoming a net-zero emission country by 2070.  The LCCM program launched today, seeks to not only identify hundreds of climate leaders but also focus on how these leaders can be oriented in terms of their training and how will they move forward. The very fact that we are thinking about this is a revolutionary step,”.

LCCM is a blended learning program for urban practitioners looking to upskill and prepare themselves to deliver effective climate action. The program has four phases: the first phase- is an online learning module that can be completed over eight weeks; the next includes face-to-face sessions spanning four to six days; the third phase mandates participants to complete a project over six to eight months and attending exposure visits; and the final phase includes networking and establishing a community of practice.

The online learning will be hosted on the National Urban Learning Platform (NULP), the capacity building arm of NIUA. It will also be hosted and supported by ATI, Mysuru. The program aims to sign similar MoUs with ATIs across India over the next few months. 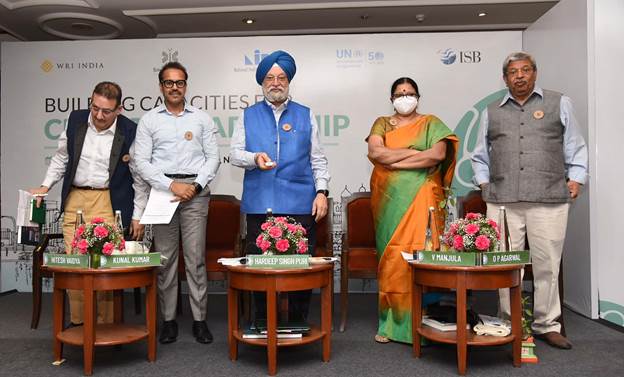 Mr Kunal Kumar, Joint Secretary, MoHUA, said, “To achieve India’s Climate Change goals, we need to have Innovation, Participation, Technology, Integration and Capacity Optimization. We have already started on this journey through various missions of the Government of India, including the Smart Cities Mission. MoHUA, in collaboration with the French Development Agency (AFD), European Union and NIUA, launched the initiative – City Investments to Innovate, Integrate and Sustain (CITIIS) as an Urban Innovation mechanism. The program has developed project management tools and frameworks across the urban sector, including environmental and social safeguards. Leaders in Climate Change Management (LCCM) is connected to the CITIIS program. The first cohort of the LCCM program will have participants from the 12 cities getting assistance under the CITIIS program. LCCM will become an integral part of CITIIS 2.0, as it will act as a capacity-building arm.”

Mrs V Manjula, Additional Chief Secretary, Government of Karnataka and DG, ATI Mysuru, said, “As a premier training institution in Karnataka, with an established center for sustainable development goals, we find resonance in this program. We intend to leverage this collaboration and the experience gained in the process as a springboard for launching an extensive state level training partner program in LCCM, and to emerge as a center of excellence at the national level for LCCM.”

Mr Hitesh Vaidya, Director, National Institute of Urban Affairs, said, “Given the rate of investments towards urban sectors in India, for example $30 billion for the smart cities program, the need for incorporating climate action within existing and future investments towards physical, social, and environmental services is paramount to ensure sustainable development. Through LCCM, the National Institute of Urban Affairs will be working toward its goal of building capacities and knowledge dissemination on dynamic discourse of urban issues, with reference to the climate change issues.”

Dr OP Agarwal, CEO, WRI India, presenting the LCCM program, its structure and its aim to upskill urban climate leadership in India, said, “The key challenge in building capacity for mid-career professionals is using the right kind of pedagogy – a teaching style that encourages learning by doing, rather than by just listening to lectures. The LCCM has fully recognized this and adopted this kind of teaching style.”

Leaders in Climate Change Management is a capacity-building program that seeks to build a pool of leaders to champion and lead climate action – across sectors and geographies. The program has been designed and implemented through core partners, being, National Institute of Urban Affairs (NIUA), World Resources Institute (WRI) – India, United Nation Environment Programme (UNEP), and Indian School of Business (ISB).

Established in 1976, the National Institute of Urban Affairs (NIUA) is India’s leading national think tank on urban planning and development. As a hub for the generation and dissemination of cutting-edge research in the urban sector, NIUA seeks to provide innovative solutions to address the challenges of a fast-urbanizing India, and pave the way for more inclusive and sustainable cities of the future.

WRI India, an independent charity legally registered as the India Resources Trust, provides objective information and practical proposals to foster environmentally sound and socially equitable development. Its work focuses on building sustainable and liveable cities and working towards a low carbon economy. Through research, analysis, and recommendations, WRI India puts ideas into action to build transformative solutions to protect the earth, promote livelihoods, and enhance human well-being. It is inspired by and associated with World Resources Institute (WRI), a global research organization.