Healthy body, stable mind, consensus are the essence of yoga Union Minister of State A. Narayanasamy

Healthy body, stable mind, consensus are the essence of yoga Union Minister of State A. Narayanasamy

Healthy body, stable mind, consensus are the essence of yoga, says A . Narayanasamy Union Minister of State Minister for Social Justice and Empowerment of India.  He was addressing the 8th International Yoga Day (IDY) event held at Mamallapuram Beach Temple today.  He said Yoga is the combination of meditation, karma and devotion.

He quoted that with the great effort from Prime Minister Shri. Narendra Modi India’s proudest traditional practice, yoga was recognized by the United Nations on December 11, 2014. With that United Nations has declared June 21 as the International Yoga Day. With this Prime Minister has made the world celebrate the wonderful art that has emerged in our Nation.

As we are celebrating its 75th year of independence, Azadi Ka Amrit Mahotsav, Mass Yoga demonstrations are being organised at 75 iconic locations across the country, as part oth the celebrations of 8th IDY. In this regard, mass yoga demonstration is taking place in the world-famous Mamallapuram with the participation of a large number of people, he added. He said that yoga for humanity is the focus of this year’s theme of International Yoga Day, adding that the aim of the theme is to create compassion, kindness, unity, physical health and mental health among the people.

PM Modi has been working tirelessly for the past eight years for the country. Minister said yoga is the secret of PM staying fit to work tirelessly. He added that yoga practice is a solution to various ailments, including depression, caused by the modern sedentary lifestyle.

The event was organized by the Department of Social Justice and Empowerment jointly with the National Siddha Institute (NIS), Chennai. Prof Dr. R. Meenakumari, Director, NIS, 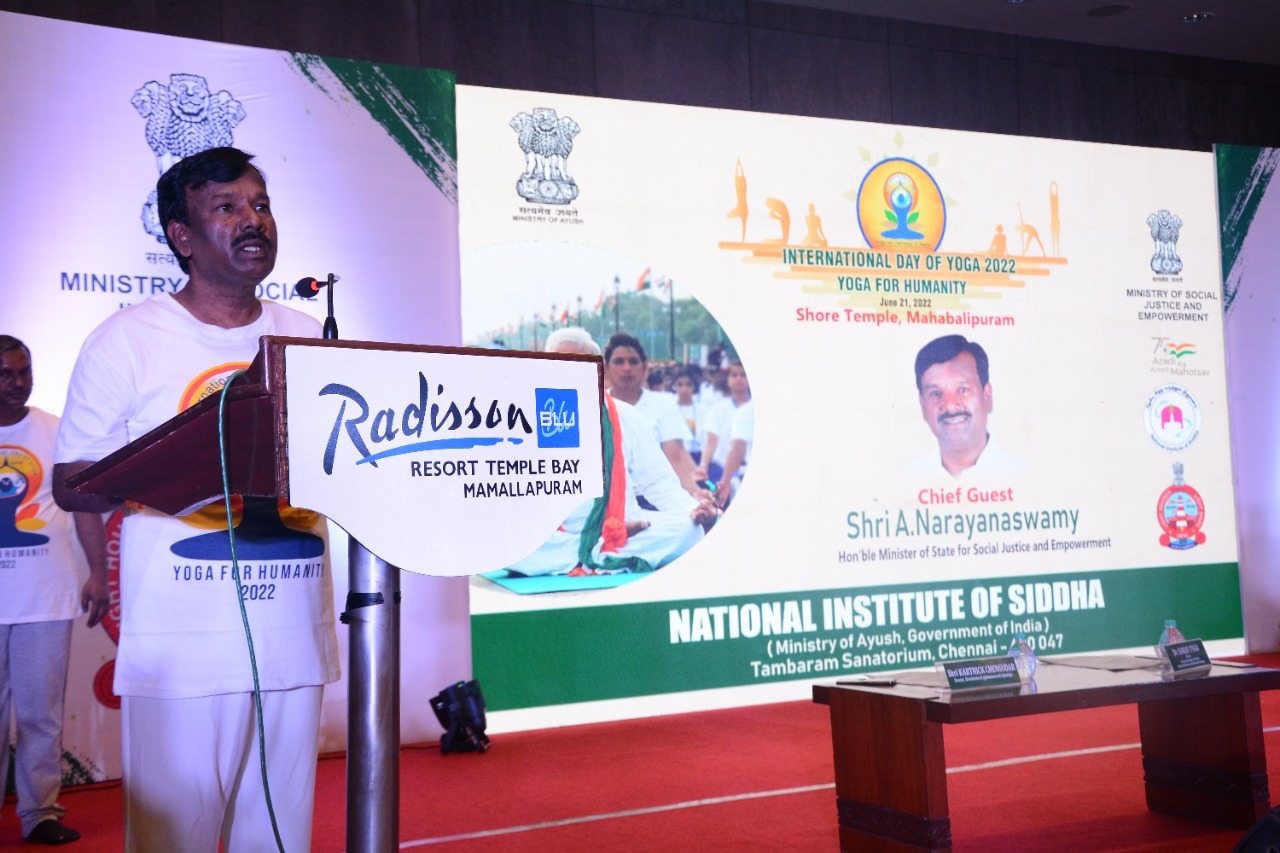