Eklavya Model Residential School in Shinde has been planned to give impetus to quality education in nearby tribal areas :Shri Arjun Munda Speaking at the inauguration, Shri Arjun Munda said the Eklavya Model Residential School in Shinde has been planned by the Ministry Tribal Affairs to give impetus to quality education in nearby tribal areas. He said ‘The EMR School will follow CBSE curriculum’.

Shri Arjun Munda also spoke about the vision of Prime Minister for upliftment of ST community and the role of education envisaged by him for their upliftment. The Tribal Affairs Ministry, under the leadership of the Prime Minister, is making efforts on a war footing to ensure that good quality education is accessible to students in tribal areas, he added.

Union Minister was happy to note that the tribal farmers in nearby areas are engaged in farming of grapes, strawberry, onions, etc. and exhorted them to send their children to school. 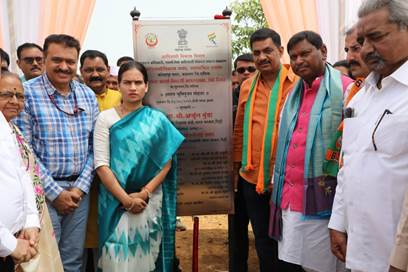 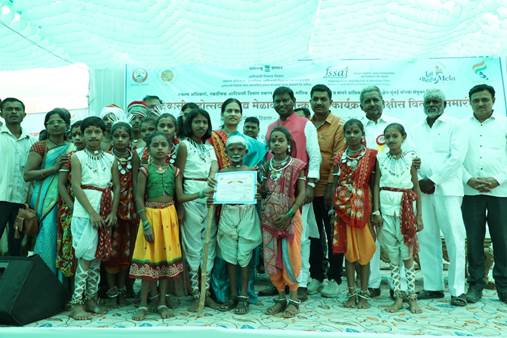 The foundation laying was followed by a cultural programme of tribal dance and music.

The Union Budget for 2018-19 announced that every block with more than 50% ST population and at least 20,000 tribal persons will have Eklavya Model Residential Schools. The government has decided to set up 452 new schools across the country. 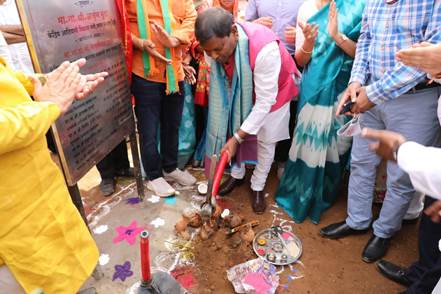 Eklavya Model Residential Schools are being developed to impart quality education to tribal students, with an emphasis on not only academic education but all-round development of tribal students. The schools cater to students from class VI to class XII, having a capacity of 480 students in each school.

At present, there are 384 functional schools spanned across the country established at par with Navodaya Vidyalaya with focus on special state-of-the-art facilities for preserving local art and culture besides providing training in sports and skill development. Also, EMRSs are equipped with facilities catering to the students’ on-campus needs for holistic development and provide free education including boarding and lodging free of cost.