Yoga has given employment to many and it has been the number one immunity giver during Covid times: Shri Anurag Thakur

YogMahotsav, a unique evening organized by the Ministry of Youth Affairs and Sports in the run up to the International Day of Yoga on June 21, was held simultaneously in Dharamshala and New Delhi on Saturday, with Union Minister of Youth Affairs and Sports Shri Anurag Singh Thakur leading the 40-minute Yoga protocol from the Dharamshala stadium as more than 2000 athletes and yoga practitioners joined in. 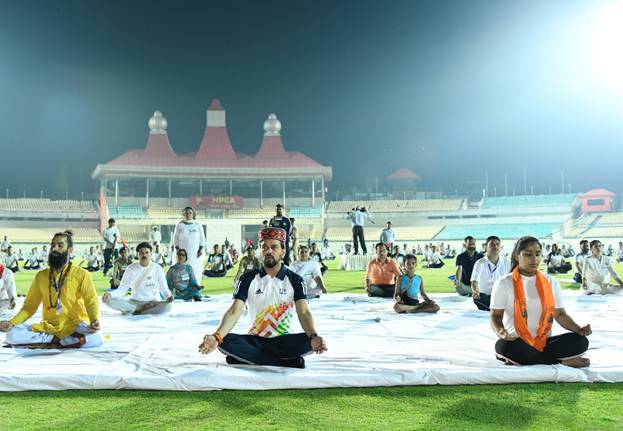 YogMahotsav is yet another unique event organised in the year of AzadikaAmritMahotsav and is a brainchild of the Prime Minister of India Shri Narendra Modi.

An evening of mellifluous display of Yoga remained the highlight as the young participants and Yogasana practitioners came together across 2 States and became the connoisseur of all eyes. 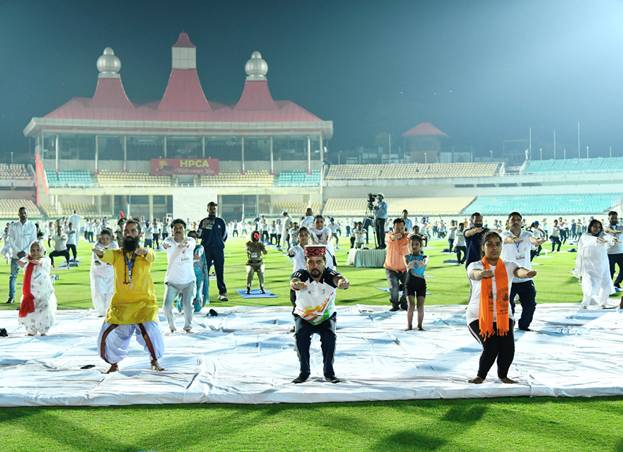 “From May 14 to June 21, we have to take the Mahotsav of Yoga forward across all villages of India. We have to break a record this year and ensure that the highest number of Yoga participants take part in the International Yoga Day,” mentioned Shri Anurag Singh Thakur. “This event is a part of AzadikaAmritMahotsav celebrations and is to ensure maximum awareness for Yoga Day. 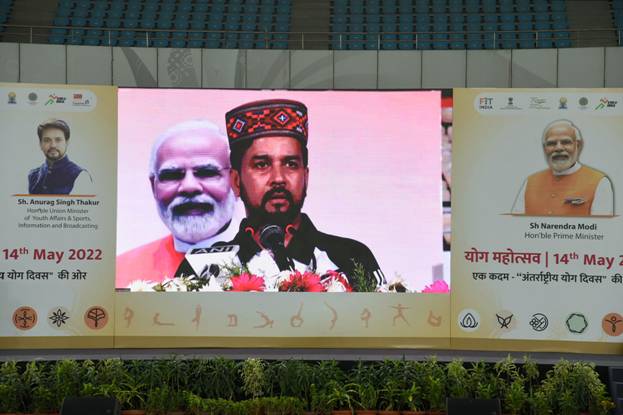 This has all been possible due to the efforts made by Shri Narendra Modi ji at the United Nations in 2014 to celebrate June 21 as International Yoga Day. Every country had passed a resolution and said yes to the proposal,” Shri Thakur added.

Sitting at the feet of the picturesque Dhauladhar mountain range, the Dharamshala stadium looked resplendent on Saturday. The practitioners from the Yogasana Federation performed the International Day of Yoga (IDY) Protocol and there were also demonstrations from the Divyang community as well as other individual and group performers.

Speaking about the ever growing awareness of Yoga among the new generation, Shri Thakur added, “Yoga has given employment to many and it has been the number one immunity giver during Covid times. Young India has inculcated Yoga and the Fit India movement fully. Now every where, be it in a park or office, everyone does yoga. In trains and aeroplanes too, people are doing yoga. Shopping complexes too have yoga rooms now. This is massive.” 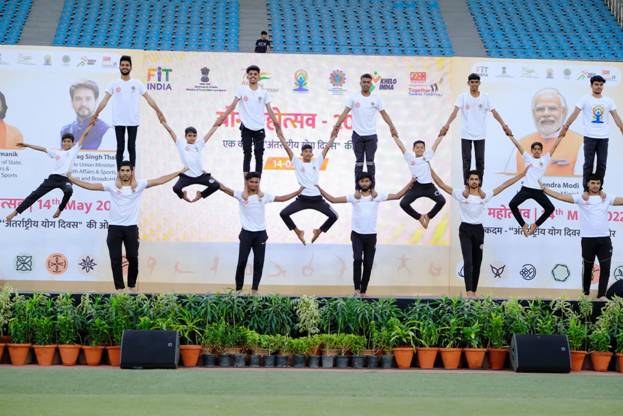 Yogasana as a sport made its debut at the Khelo India University Games in Bengaluru last month, which received plenty of plaudits from everyone watching on TV. Yogasana is also set to feature as one of the sports at the Khelo India Youth Games Panchkula, scheduled next month.