The dream of a “Healthy India Prosperous India” cannot be realized without ensuring the good health of women workers: Shri Bhupender Yadav 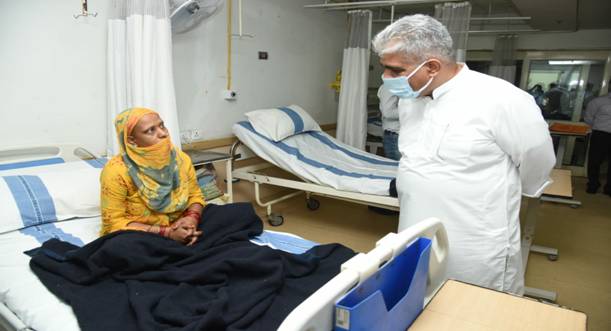 During the Health Check-up Program, the Union Labour and Employment Minister met Female Brick Kiln Workers and other Industrial Workers and inquired about the health facilities being provided to them. During the meeting, he made women workers aware of anemia disease and stressed on the need for regular health check-up and nutritious diet. He said that without ensuring the good health of women workers, the dream of a “Healthy India Prosperous India” cannot be realized. 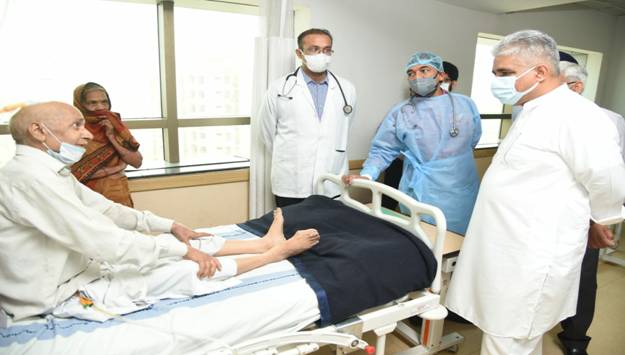 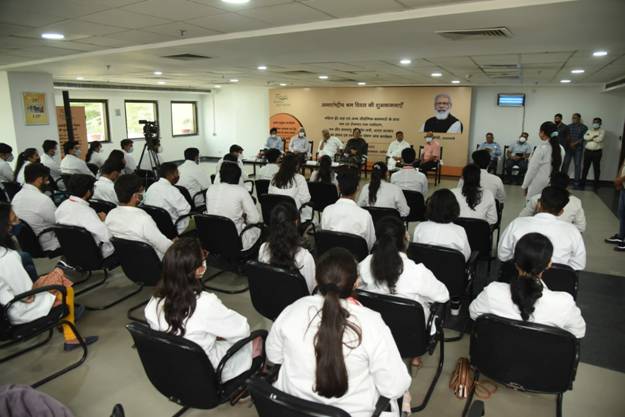 During his interaction with the students of the Medical College, the Union Minister appreciated the work done by the Hospital during Covid-19. During his visit to the hospital, he also met the Employers, Employers’ Associations and Trade union and assured them that the Ministry of Labour and Employment is working as a facilitator for them. During the conversation, the Labour and Employment Minister directed the officers to work keeping in mind the interest of the Workers.

During the meeting, Shri Krishan Pal, Minister of State for Power and Heavy Industries informed the women workers about other social security schemes being run by the Central Government. The Secretary, Labour and Employment explained in detail about pilot project being run at present.

Health passbooks have been issued to all these women. Every month a team of health workers visits the site for necessary tests, which include general body check-up, measurement of height and weight, assessment of Hemoglobin level and nutritional counseling.

Anaemia is a disease in which the level of Haemoglobin in the blood decreases. Because of this, the ability of the blood to carry oxygen to the cells is reduced. The problems like fatigue, irritability, decrease in physical and mental work capacity arise due to it. According to the National Family Health Survey 2020-21, 57% of women aged between 15-49 are suffering from this problem. The main reason for most of the Anemia is lack of balanced nutrition. This disease can be cured by providing nutritious diet, medicines and proper counseling.

Women working in the unorganized sector are the backbone of the workforce in the country, they are the driving force for the development of the country. With the large numbers of women suffering from anemia, overall work output decreases. Early detection and treatment of Anemia is essential for improving overall productivity and good health of employees. It is a low-cost intervention and results can be seen from the very early days of the start of the treatment.