‘North East Festival’ Starts With Much Fanfare and Public Participation

‘North East Festival’ Starts With Much Fanfare and Public Participation

Celebrating the Legacy of 75 years of India’s Independence, Ministry of DoNER has organized ‘North East Festival’ as part of Azadi Ka Amrit Mahotsav

Half Marathon, Walkathon and Cyclathon held at Guwahati, Assam under the theme of ‘Healthy Sports for a Healthy Mind’

​​​​​​​Cultural Festivities organised under the theme ‘Journey of Nagaland since Statehood’ Taking forward the celebrations, Chief Minister of Manipur Shri N. Biren Singh inaugurated the opening ceremony of the North East Regional Sports Meet at Khuman Lampak, Imphal. This sports meet would enable the budding sportspersons in the state to compete with each other. Competitions were also held throughout the day at other locations in Manipur where youth participated in table tennis tournament and football match.

The ‘North East Festival’ also commenced at Guwahati, Assam today. Taking forward the initiative of ‘Jan Bhagidari’, events such as half marathon, walkathon and cyclathon was held under the theme of ‘Healthy Sports for a Healthy Mind’. 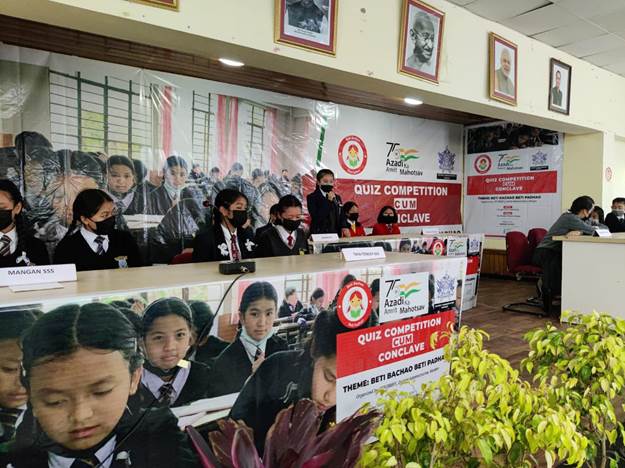 Besides, AKAM celebrations held in Mizoram today as well. Events such as mini-marathons and cycling rallies were organized across Siaha District & Lunglei District. With emphasis on ‘Jan Bhagidari’, people from all sections of society participated in the events. Assam Rifles personnel took part in the cycling rally of Lunglei District in Mizoram along with the Civilians

Cultural festivities also began in Nagaland today. The festival was celebrated at Shilloi Hotel Japfu, Kohima under the theme ‘Journey of Nagaland since Statehood’. The programme was chaired by Commissioner, Nagaland. Cultural extravagance, choral and a presentation was showcased in the programme. Photography Exhibition on the History of Nagaland was also showcased by the State IPR Department.

North East Festival Celebrations started with full public participation of citizens in Sikkim. A debate competition was organized on “Local Government making a mass development” at Soreng District. Painting, debate and essay competitions were held in one of the remote block of Gyalsing District. District Quiz competition was held at Mangan District as well. 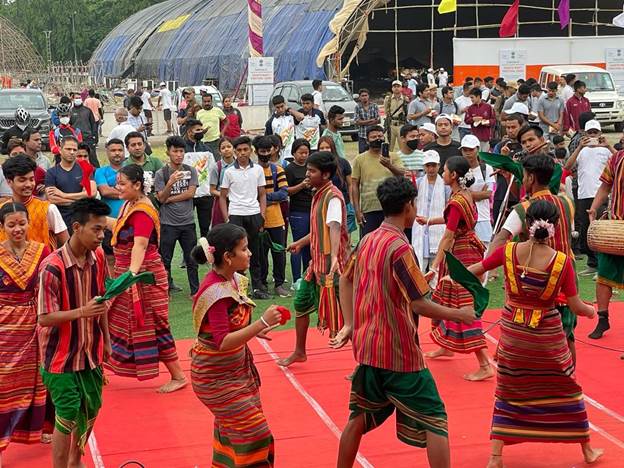