Ministry of Defence LIEUTENANT GENERAL BAGGAVALLI SOMASHEKAR RAJU TO TAKE OVER AS VICE CHIEF OF THE ARMY STAFF ON 01 MAY 2022 Posted On: 29 A

Lieutenant General Baggavalli Somashekar Raju will take over as the Vice Chief of the Army Staff on 01 May 2022.

An alumnus of Sainik School Bijapur and National Defence Academy, he was commissioned in the JAT Regiment on 15th December 1984.

He commanded his Battalion during OP PARAKRAM in the Western Theatre and in Jammu & Kashmir. He also holds the distinction of commanding the Uri brigade along the Line of Control, a Counter Insurgency Force and the Chinar Corps in the Kashmir Valley. The General Officer also served as the Commandant, Indian Military Training Team in Bhutan.

Prior to taking over as  the Vice Chief of the Army Staff, the General Officer was tenanting the appointment of Director General Military Operations during the standoff on the LAC.

The General officer is a qualified helicopter pilot having carried out operational flying in Somalia, as part of UNOSOM II. He is is also the Colonel of the JAT Regiment.

Lt Gen Raju has attended all important career courses in India and has had the privilege of doing his NDC at Royal College of Defence Studies, United Kingdom. He also holds a distinguished Master’s programme degree in Counter Terrorism at the Naval Postgraduate School, Monterey, United States. 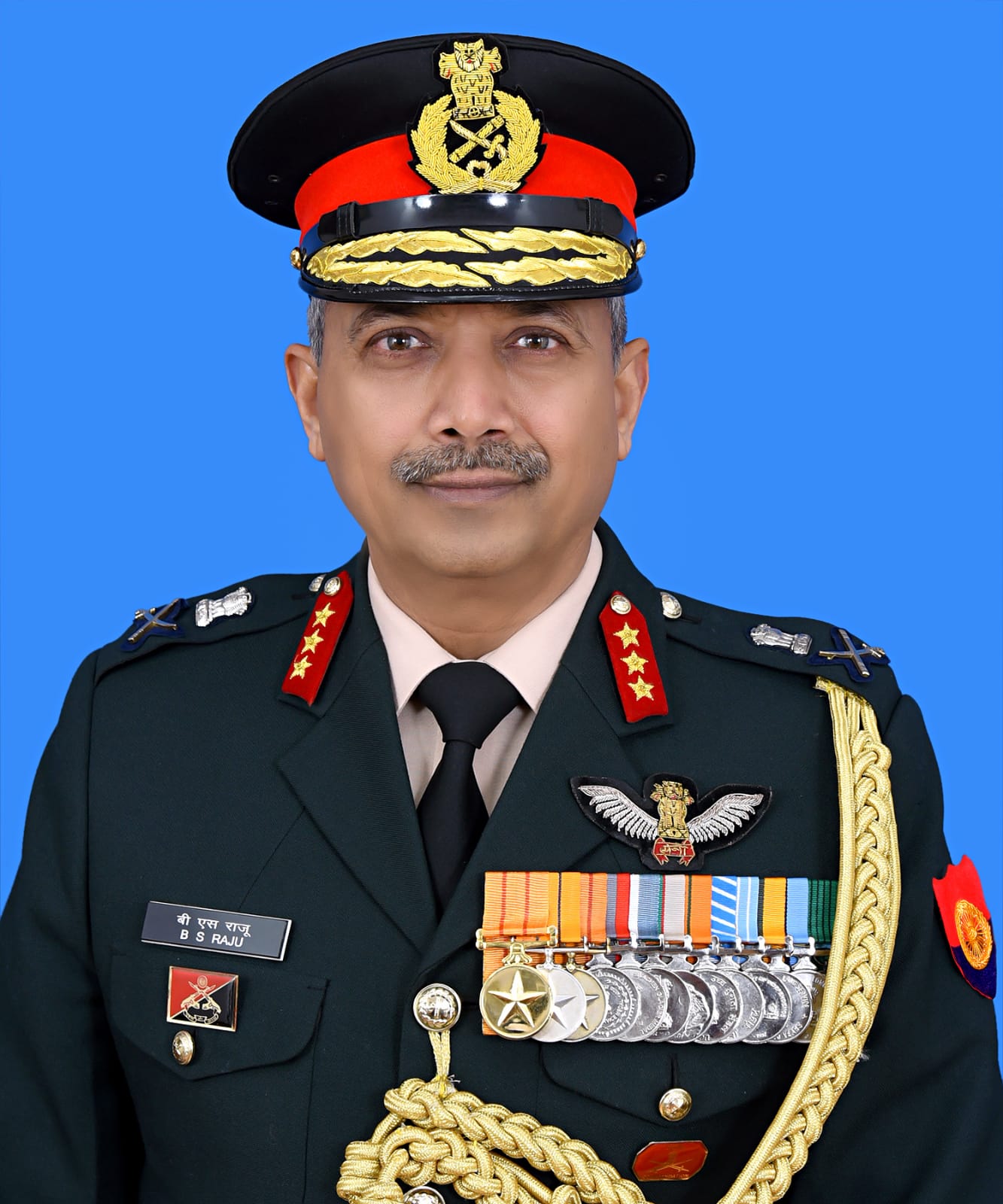