The Minister addresses a galaxy of Leaders, Administrators, Scientists and Scholars on the occasion of 147th Foundation Day of India Meteorological Department in New Delhi

Ministry of Earth Sciences will deploy and use Drone based Observation Technology in a big way for strengthening the localised forecasting: Dr Jitendra Singh

The Minister inaugurates a new platform like crowd searching for collection of observation through public, thus opening a new chapter in citizen science

Web GIS services launched by IMD will help in minimising the loss of life and property due to timely action: Dr Jitendra Singh 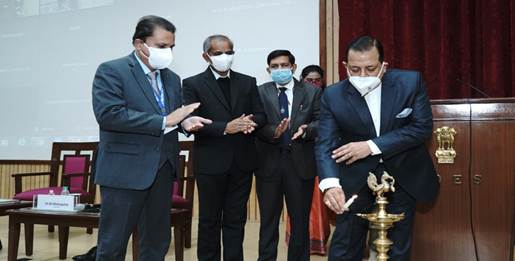 Addressing a galaxy of Leaders, Administrators, Scientists and Scholars on the occasion of 147th Foundation Day of India Meteorological Department here, Dr Jitendra Singh said that the severe weather forecasting being provided to many countries since 2016 under PM Modi has come a long way and proved handy to countries like Nepal and Bangladesh in fighting severe climatic disasters. Referring to ISRO’s SAARC Satellite, the Minister said, in coming days, IMD will reorient its weather and climate services in most modern way to cater to global needs.

Dr Jitendra Singh said that the Ministry of Earth Sciences will deploy and use Drone based Observation Technology in a big way for strengthening the localised forecasting, besides adopting the High Resolution Models. He emphasised that the language used in forecast and information would be made easy to understand and serve as a clear basis for taking action by every citizen.

Dr Jitendra Singh said that the Government is committed to make India Meteorological Department a World Class Organization for better delivery of services enabling a common man to take weather-wise and climate-smart decisions. He said, every common is impacted by 5 vital sectors of Agriculture, Health, Water, Energy and Disaster management being effectively catered to by IMD. 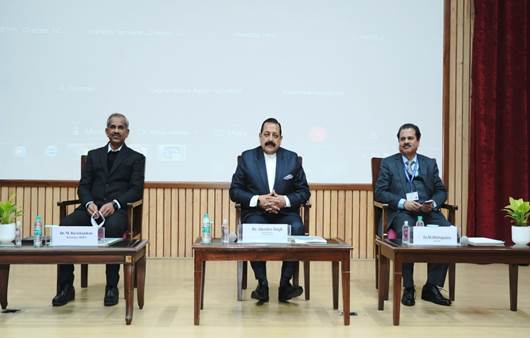 Dr Jitendra Singh dedicated to the Nation four Doppler Weather Radars at Leh, Mumbai, Delhi and Chennai for better research and operational analysis. He announced that with today’s inauguration, number of radars in IMD network has reached up to 33 and urged IMD that it should efficiently utilize all resources at its command i.e. satellites, radars, computers, advance models and human resources. The Minister said that augmentation of modern observing platforms such as Automatic weather stations, Doppler Weather Radars and Meteorological Satellites will help in further improving weather and climate services.

Referring to about 20-40% improvement in accuracy of severe weather warning by IMD in recent five years as compared to previous five years, Dr Jitendra Singh said, forecast of high temperature and heat wave condition well in advance resulted in significant reduction in number of deaths due to heat wave in subsequent years. He called upon all the agencies for zero heat related mortality in coming year. 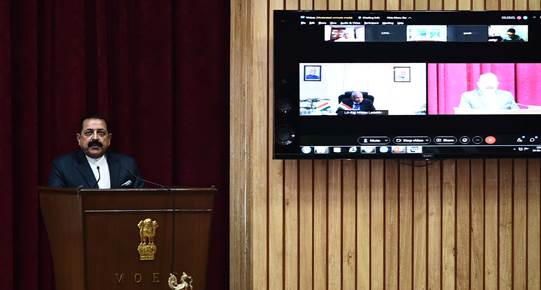 Dr Jitendra Singh said, IMD has taken up upgradation and digitisation of several of its services and the results are evident in the form of near-accurate forecasts in short time range, advance prediction of cyclones and their tracks, expansion of sector-specific weather services to agriculture, water, health, power, energy, mining, disaster risk reduction and many other areas. The Minister extended his greetings to all the officers and staff members of India Meteorological Department and the Ministry of Earth Sciences and entire meteorological fraternity for the Foundation Day and Makar Sankranti.

Dr Jitendra Singh said, the scientific temper and outlook of Prime Minister Narendra Modi has proved a boon for upgrading the country’s weather forecasting and climate services, along with providing latest computing capabilities and infrastructure. He pointed out that in November, 2021, the Cabinet Committee on Economic Affairs, headed by Prime Minister approved Rs 2,135 crore for the continuation of Atmospheric and Climate Research-Modelling Observing Systems and Services (ACROSS). The Minister said, under this scheme, eight sub-schemes will be implemented from 2021 to 2026 and the IMD will majorly contribute in five sub-schemes — upgradation of forecasting systems, weather and climate services, atmospheric observations network, study of monsoon and clouds, and the commissioning of polarimetric doppler weather radars in the country.

Dr Jitendra Singh inaugurated the new platform like crowd searching for collection of observation through public, thus opening a new chapter in citizen science, which will act as a bridge between science and society.  He said, the web GIS services launched by IMD today will be very helpful for the public, disaster managers and stakeholders to initiate timely response action to mitigate the disasters further and underlined that the impact based forecast issued by IMD is helping to minimise the loss of life and property. 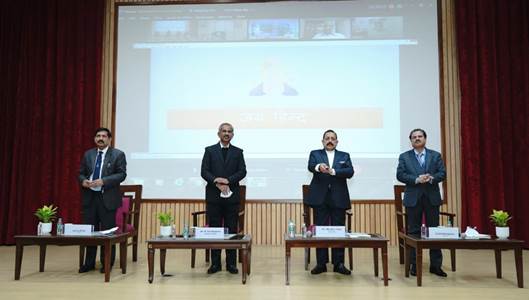 Dr Jitendra Singh said that the recent extreme events have reminded us the vulnerability of our society to weather, climate and water related disasters and these have tremendously increased the expectations of the society for better weather and climate services owing to accurate forecast provided by IMD in recent past. Underling that India’s cyclone forecast has been appreciated by national and international bodies, the Minister noted with satisfaction that IMD has prepared district-level vulnerability atlas for extreme conditions like heat-wave, cold-wave, heavy rain, cyclones and thunderstorms. “I am sure the atlas will help disaster management authorities for risk assessment based on information collected over the years”, he added.

Dr Jitendra Singh congratulated all the awardees who have performed their duty with dedication and for improvement of Meteorological science and services despite of the COVID-19 pandemic. He also complimented students who participated overwhelmingly in competitions on Weather and Climate organized during Azadi Ka Amrit Mahotsav.

Dr.M. Ravichandran, Secretary, Ministry of Earth Sciences, in his address said that IMD has established an effective mechanism for dissemination of weather and climate forecasts to different stake holders using different communication channels like internet (web sites and e-mails), newspapers, Television, radio, mobiles and hot line telephone connections with the relevant control rooms and the concerned government officials. He also informed that IMD has developed Mobile applications and using social Media like Facebook, Twitter, Instagram, Whatsapp effectively for large scale dissemination of weather information and its Agromet Advisories at Block Level are used effectively by crores of farmers during various stages of farming and the service is being expanded.

Dr M. Mohapatra, DG, IMD said, the flash floods and urban floods in recent years have posed new threats to the society and IMD has initiated adequate measures like installing Doppler Weather Radars in hilly areas of Western Himalayas and major cities like Delhi, Mumbai and Chennai. He said, IMD plans to put up such radars in other cities and NE States during next 5 years. He added that it has urban flood warning system for Chennai & Mumbai and flash flood guidance for 30,000 water sheds in the country.

IMD has the legacy of maintaining weather and climate records and monitoring & predicting the weather since its inception 147 years ago on 15 January, 1875 in the background of tropical cyclone hitting Calcutta in 1864, and the subsequent famines in 1866 and 1871 due to the failure of the monsoon.  During 147 years of its existence, the department has served the cause of safety and well-being of Indian population against weather related hazards and to economic development of the country. It is one of the few departments of the government whose services touch almost every aspect of life and across all sectors of economy.