Ministry of Defence INDIAN ARMY UNVEILS MONUMENTAL NATIONAL FLAG AT JAISALMER Posted On: 15 JAN 2022 8:17PM by PIB Delhi On the occasion of Ar

On the occasion of Army Day, on 15 January 22, the Indian Army unveiled a Monumental National Flag of size 225 feet by 150 feet at Jaisalmer Military Station.

This flag is a befitting tribute to the Indian heritage, as it is made of hundred percent Khadi material. The hoisting of flag also commemorates the 75th year of India’s Independence being celebrated as Azadi Ka Amrit Mahotsav.

In an event organised under strict protocols, GOC of the Battle Axe Division unveiled the National Flag amidst select dignitaries who were amongst those present.

This National Flag, which is clearly visible from a distance of several kilometers, truly showcases the pride, aspirations and spirit of nationalism of our citizens. The flag hoisting was followed by national anthem and a military band display. 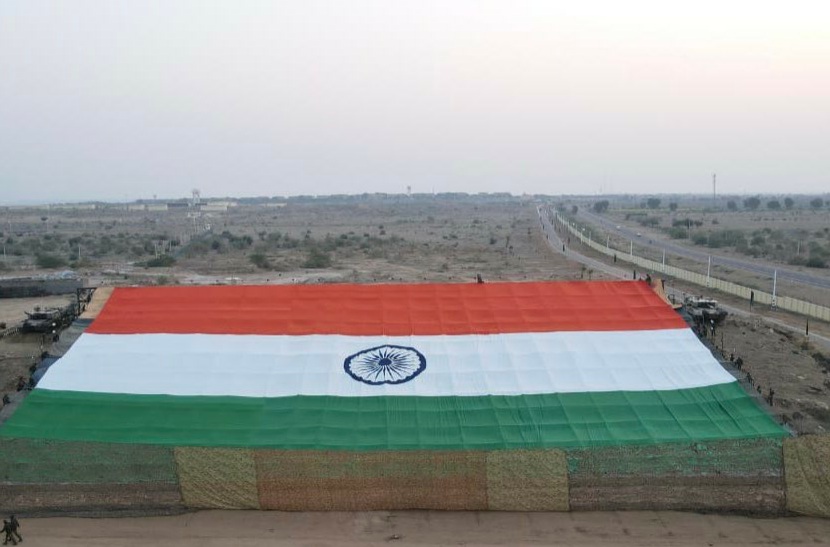 Assistant Secretary Lee Satterfield To Deliver Remarks at the Ukrainian Freedom Orchestra Concert at the John F. Kennedy Center for the Performing Arts

A Proclamation Titled National Employer Support Of The Guard And Reserve Week, 2022