INS Khukri (P49), the first indigenously built missile corvette of Indian Navy, was handed over to the Dadra & Nagar Haveli and Daman & Diu (DNHDD) Administration on 26 January 2022.  In an elegantly conducted but solemn ceremony held at the INS Khukri Memorial, Diu, Rear Admiral Ajay Vinay Bhave, Flag Officer Doctrine and Concepts, handed over the decommissioned ship formally to Shri Praful Patel, Hon’ble Administrator of the Union Territory of DNHDD & Lakshadweep. The event included an enthralling performance by the Indian Navy Band and the illumination of naval ships at anchorage.

Prior to handing over the ship, Shri Praful Patel was conducted around and briefed on the accomplishments and capabilities that she demonstrated while in service.

Speaking on the occasion, Admiral Bhave expressed his deep appreciation to the Administrator for this initiative of kick-starting the home-coming journey for INS Khukri. He also dwelled on the sacrifice of Captain Mahendra Nath Mulla, MVC, and the brave men of the first INS Khukri to whose remembrance the grand Diu memorial remains dedicated.

Khukri is planned to be converted into a museum by the Diu Administration for public visits. The museum will be co-located with the existing Khukri Memorial, where the scaled-down version of the first INS Khukri (F149), a Blackwood class anti-submarine frigate, is also placed. 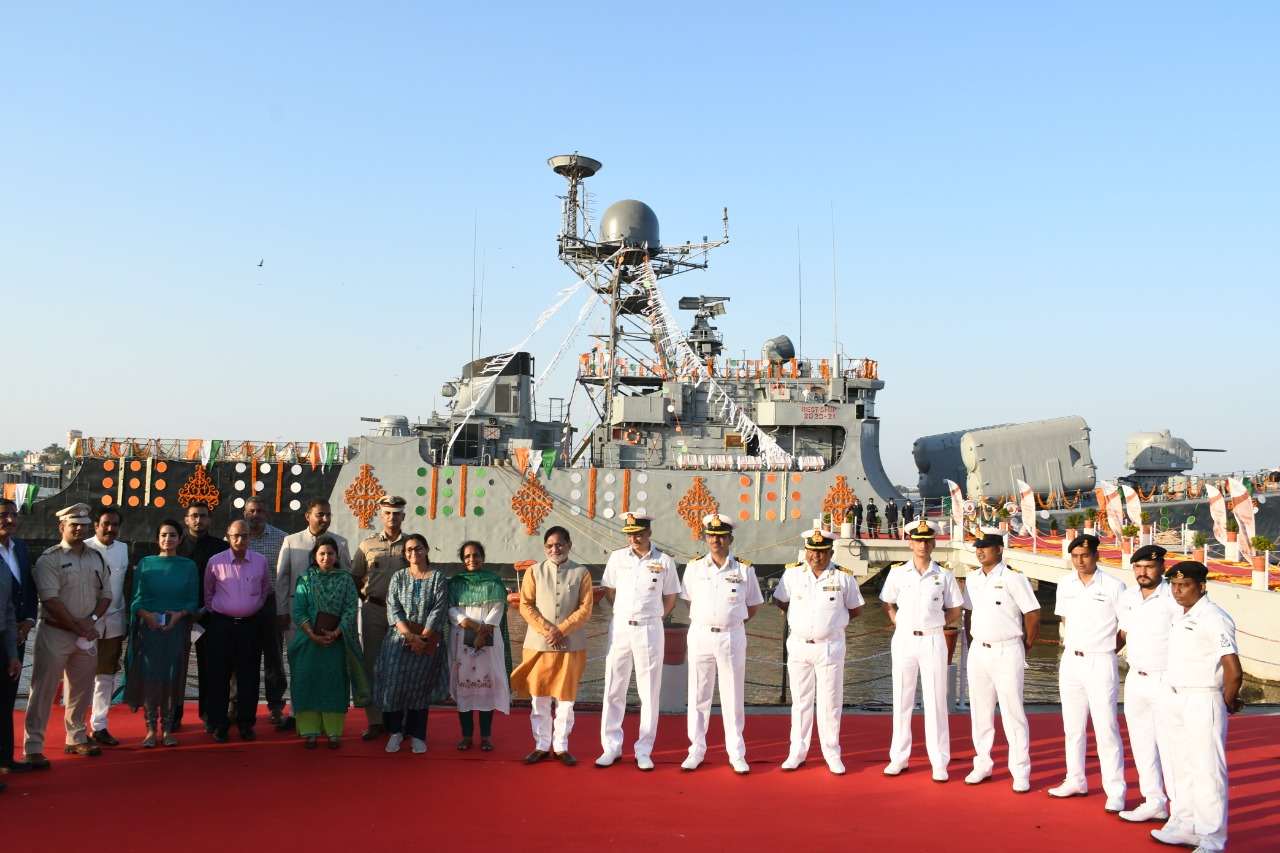