‘Sandhayak’, the first of the four Survey Vessels (Large) Project being built by Garden Reach Shipbuilders & Engineers (GRSE), Kolkata for Indian Navy was launched on 05 Dec 21. She made her first contact with the waters of Hooghly River at 1410 hrs at the Launch Ceremony graced by Shri Ajay Bhatt, Hon’ble Raksha Rajya Mantri. In keeping with the Naval maritime tradition, Smt Pushpa Bhatt, spouse of Shri Ajay Bhatt, launched the ship to the chanting of invocation from Atharva Veda. The ship has taken its name from the first ship of the erstwhile Sandhayak Class Survey ships. The erstwhile Sandhayak incidentally was also launched at GRSE, Kolkata 44 years ago on 06 Apr 1977.

The contract for building four survey ships was signed between MoD and GRSE on 30 Oct 18 at a total cost of Rs 2435 Crs. As per build strategy adopted by GRSE, first ship is being built at GRSE Ltd and construction of balance three ships is envisaged at M/s L&T Shipbuilding, Kattupalli.

These ships will replace the existing Sandhayak Class survey ships and are equipped with new generation hydrographic equipment to collect oceanographic and geophysical data. The ships are 110 m long, 16 m wide with a deep displacement of 3300 tons and a complement of 235 personnel. The ship’s propulsion system consists of two Main Engines in twin shaft configuration and is designed for a cruise speed of 14 knots and maximum speed of 18 knots. Bow & Stern Thrusters have been catered for better manoeuvring at low speeds required during shallow water survey operations. The hull of these ships is made from indigenously developed DMR 249-A steel manufactured by Steel Authority of India Limited (SAIL).

The primary role of these Survey ships would be to conduct full scale coastal and deep-water hydrographic survey of ports & harbours and determination of navigational channels/ routes. The ships would also be deployed for collecting oceanographic and geophysical data for defence as well as civil applications. In their secondary role, these ships would be capable of performing roles such as Search & Rescue and Disaster Relief, besides serving as Hospital ship with limited facilities during emergencies. The ships will have a retractable Hangar for stowage of a Utility helicopter.

Despite challenges due to COVID-19 pandemic, GRSE has made substantial progress and aims to deliver Sandhayak by October 2022. Launch of the first Survey Vessel reinforces our resolve for indigenous shipbuilding as part of our Prime Minister’s vision of ‘Make in India’, and thrust to the vision of ‘Aatmanirbhar Bharat’. The Survey Vessels Large will have over 80% indigenous content by cost. This will also ensure that large scale defence production are executed by Indian manufacturing units thereby generating employment and capability build up within the country. It is noteworthy that 37 warships and submarines for Indian Navy are currently under various stages of construction in different shipyards within the country. 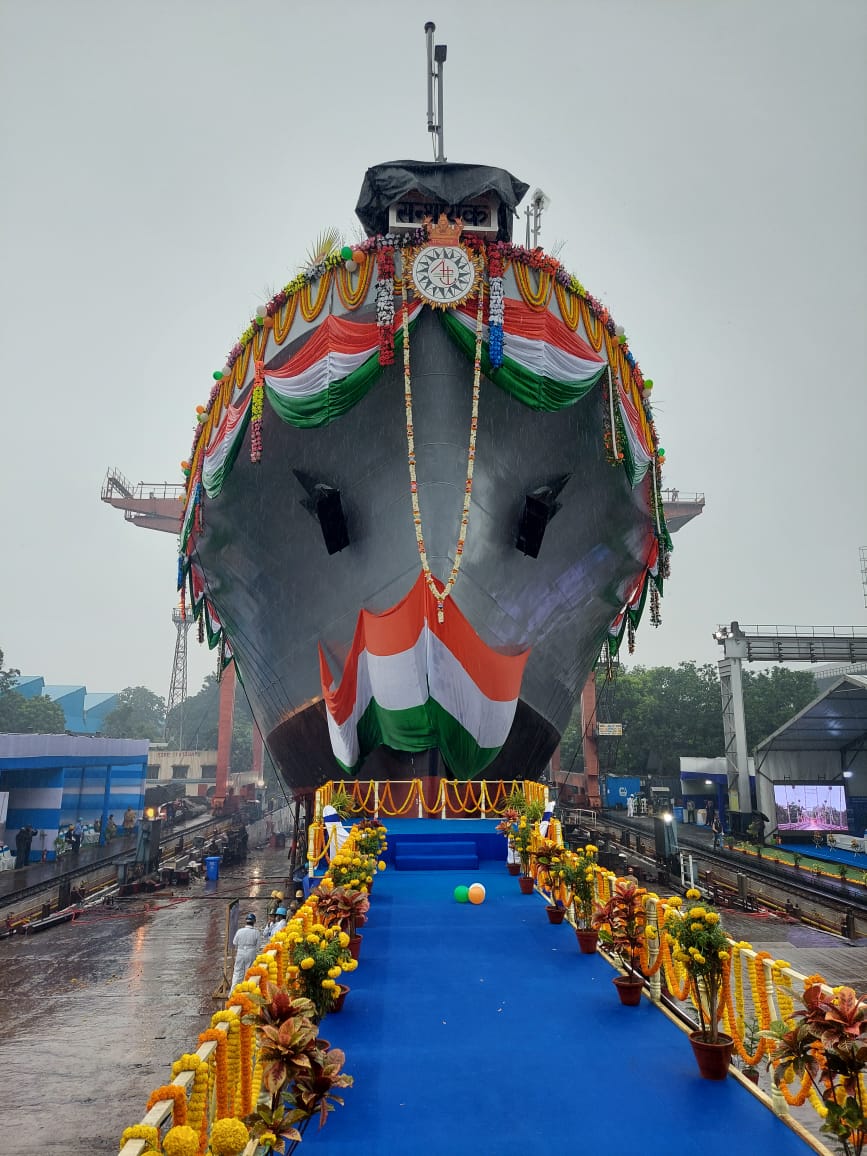 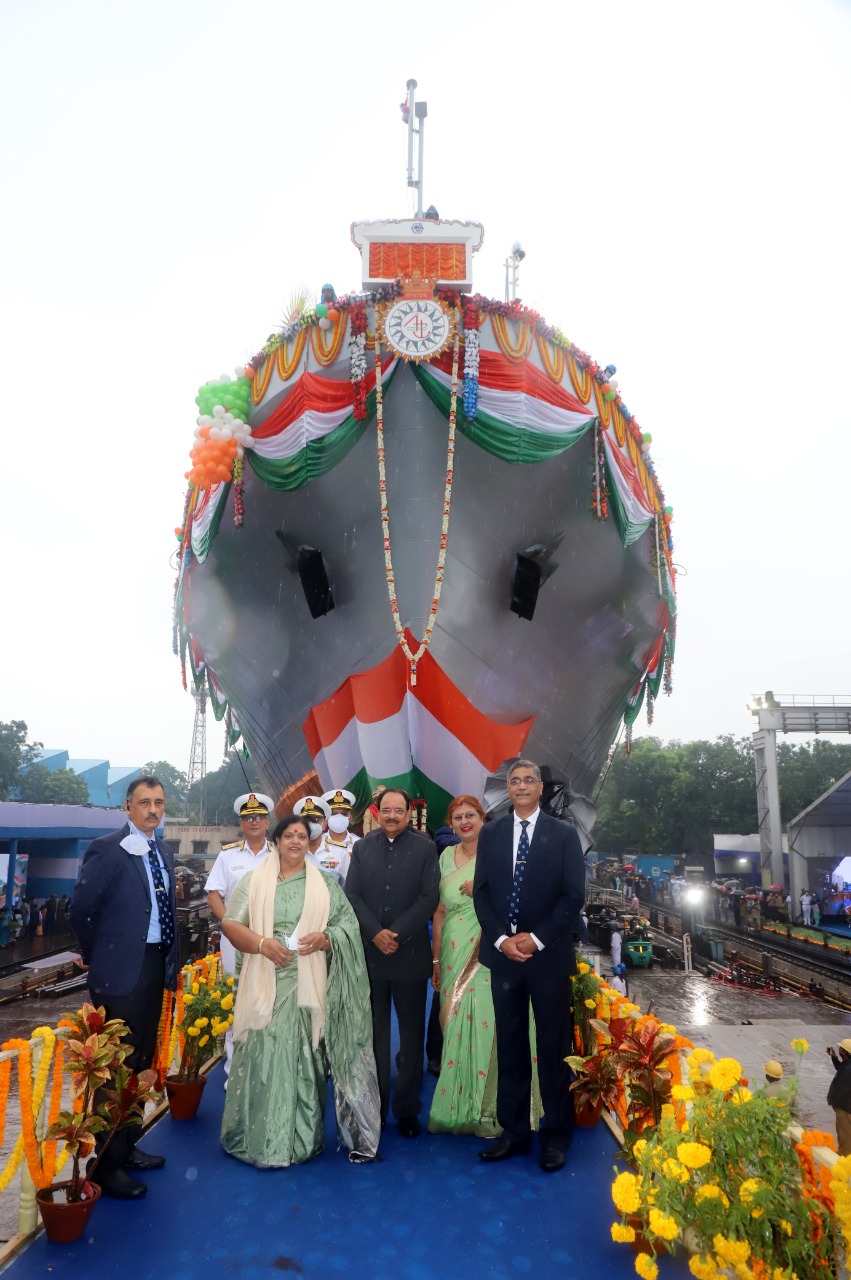 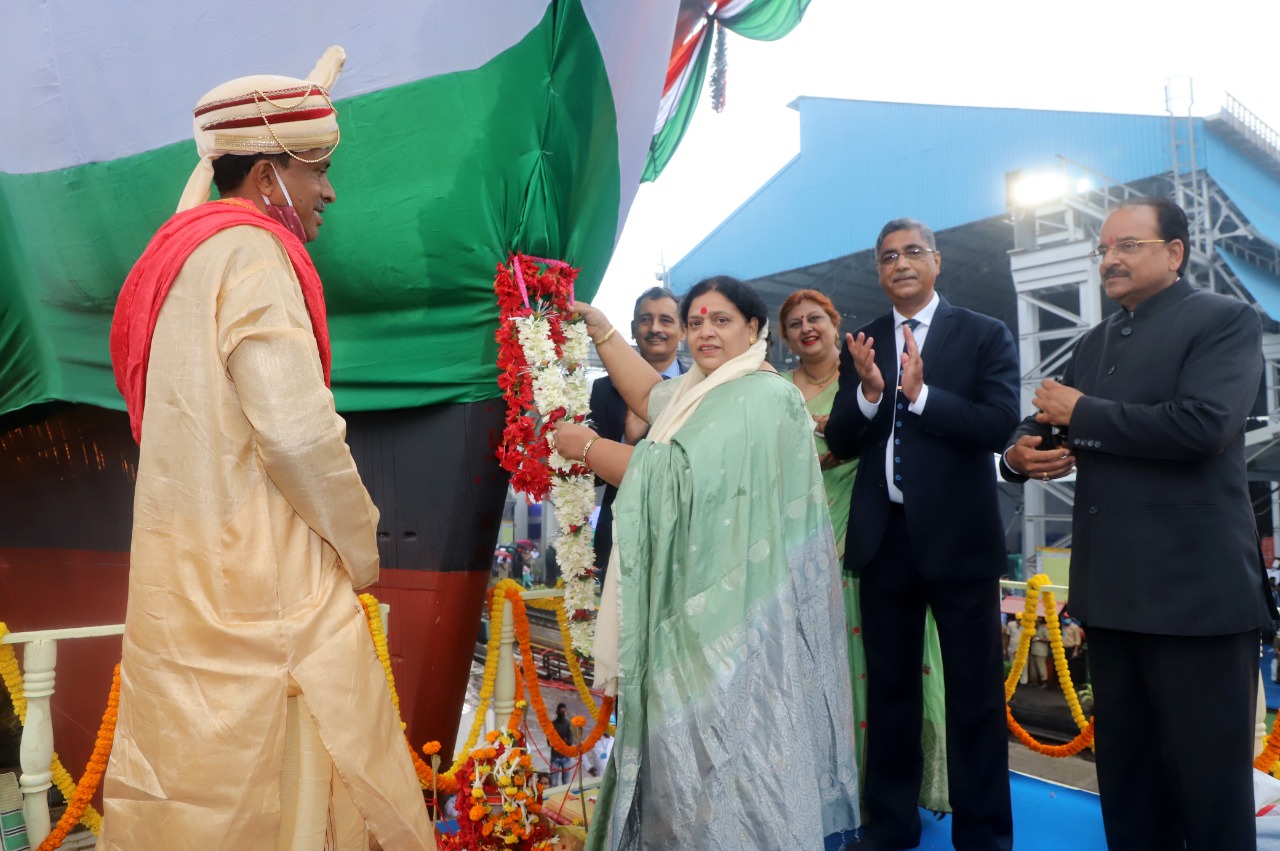