During his visit, Dr. Jitendra Singh emphasized upon the concerned departments dealing with the construction of GMC to start the work without any delay so that the classes could commence from the next year onwards.

Dr Jitendra Singh also pointed out that Udhampur Parliamentary constituency is the only one in the country which has got three Medical Colleges from Central grant.

Dr. Jitendra Singh also visited the grand festive event “Devika Utsav” today which was held at the banks of river Devika Ghat in Udhampur. The event was held to celebrate the completion of development works under “River Devika Abatement and Beautification Project” of National River Conservation Plan. Speaking on the occasion, Union Minister Dr. Jitendra Singh said, River Devika is not merely a project but a matter of faith for all of us.  He reiterated that the holy project of Devika does not belong to a particular political party or an individual but it is equally owned by each one of us. Therefore, he said, he had been repeatedly suggesting to the administration to entertain and accommodate inputs and suggestions coming from every person regardless of his ideological belief or political affiliation, as long as these could add value to the project.

Giving full credit to Prime Minister Shri Narendra Modi, Dr Jitendra Singh said that the Devika Project would have never got approval if Modi was not the Prime Minister. He further said that when Prime Minister Sh. Narendra Modi launched the ‘Namami Gange’ project in 2014 after sworn in as Prime Minister, a similar thought came to mind to start “River Devika Abatement and Beautification Project” as Devika is considered as the elder sister of Ganga.

Dr Jitendra Singh said, there has been delay in the execution of the project, partly because of COVID and partly because of the lapses on the part of the contractor agency which has now been subjected to penalty and also issued a Blacklist warning.  He hoped that the remaining work of the project, mainly pertaining to floriculture, beautification and recreation complex, will also be completed soon. 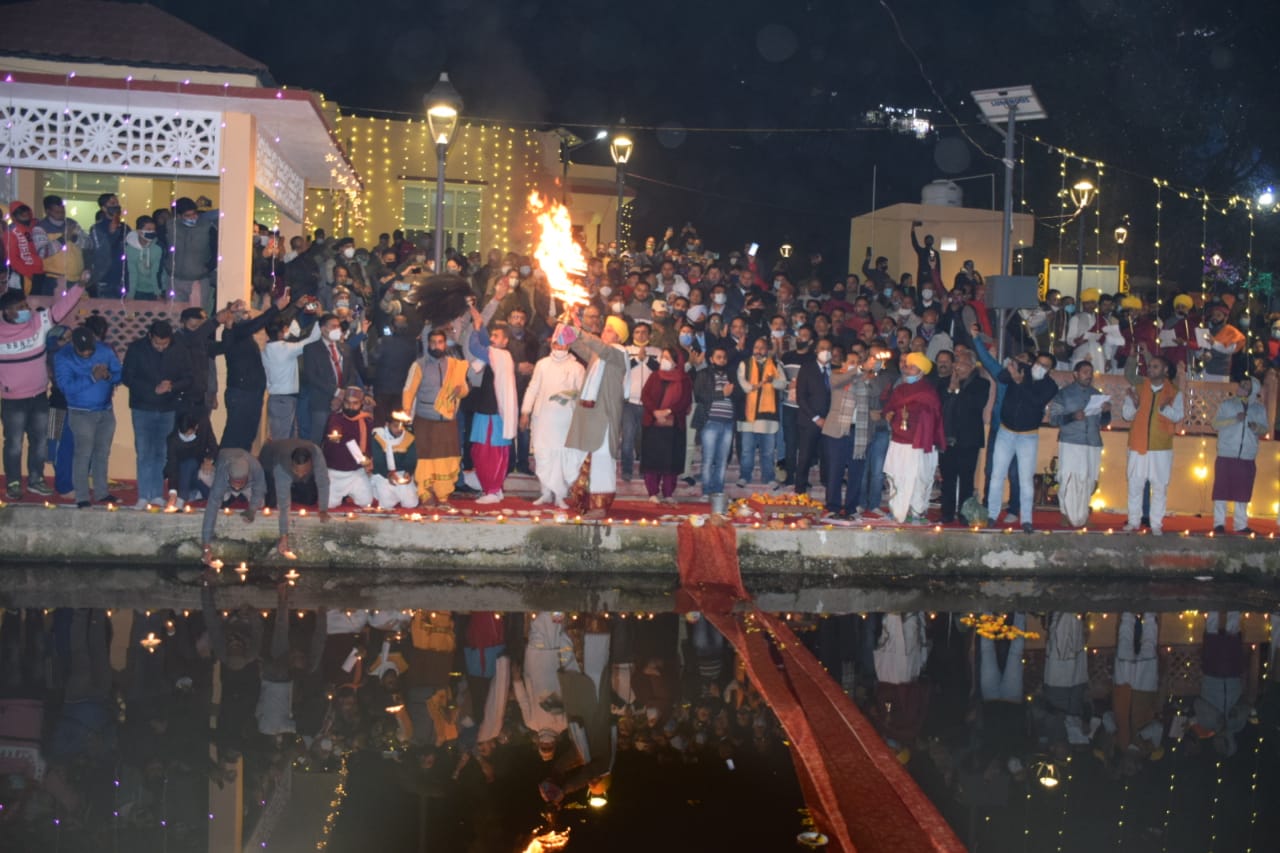 Accusing the early governments of having deliberately neglected this region because of vote bank consideration, Dr Jitendra Singh said, in the last seven to eight years, several such demands have sought to be addressed which were pending for the last half a century.  He cited the example of demand for a Radio Station in Udhampur which was first raised during the Indo-Pak war of 1965 but the Radio Station was set up only four years back by the Modi government.

Dr Jitendra Singh pointed out that Udhampur Parliamentary constituency is the only one in the country which has got three Medical Colleges from Central grant.  Similarly, the first two Highway Villages of the country are also coming up in Udhampur and Kathua.

To the critics who allege that no development in roads has happened, Dr Jitendra Singh reminded that only last year the Ministry of Rural Development, Government of India, adjudged district Udhampur as Number One in accomplishing PMGSY road projects. Asia’s longest Road Tunnel at Chenani-Nashri, named after Dr. Syama Prasad Mukherjee, is also located in the outskirts of Udhampur, he added.

In the last few years, Dr Jitendra Singh said, a series of Degree Colleges and Sports Stadiums have been started with Central grants, in and around Udhampur.  Many far flung areas which have never seen motor vehicles are now connected with roads, he said.

Pertinent to mention that the launching of the Devika Project was announced by Prime Minister Narendra Modi during his visit to Jammu in February 2019.