Fifty years to this day, on 11 December 1971, a successful airdrop of the Indian Army’s 2nd Parachute Battalion was carried out at Tangail, in erstwhile East Pakistan. The battalion group, led by Lt Col Kulwant Singh Pannu with an Artlillery Battery of 17 Parachute Field Regiment, platoon of 411 (Independent) Parachute Field Company, medical detachment, surgical team and other administrative troops from the Shatrujeet Brigade was tasked to cut off the retreat of the Pakistani troops from the north towards Dhaka.

The landmark event was commemorated at Agra on 11 December 2021 in the presence of the Victory Flame as a poignant and touching tribute to the veterans who had participated in the Airdrop 50 years ago. As a mark of respect to his professional dynamism, the parachute jump was dedicated to our first CDS, Gen Bipin Rawat, Mrs Madhulika Rawat and the soldiers and air warriors who lost their lives in the line of duty on 08 Dec. Gen Bipin Rawat envisioned jointmanship amongst the services to touch the highest standards of integration and execution. The Parachute jump today was marked by precise coordination between the Army and Air Force in the best spirit of jointmanship.

Veterans who had participated in the Tangail airdrop and subsequent operations in Bangladesh collected at Agra to witness the commemoration of the landmark event. The presence and experience of veteran paratroopers continues to inspire the current generation to achieve loftier heights of professional excellence. The mass parachute jump by the Shatrujeet Brigade was led by Lt Gen Yogendra Dimri, GOC-in-C Central Command himself, who later felicitated the 1971 War veterans to honour their service and contribution to the Nation.

At the Drop Zone, a weapons and equipment display and photo gallery was also setup to showcase the Shatrujeet Brigade’s participation in the Eastern Sector during the 1971 War and the famous Tangail Air Drop. 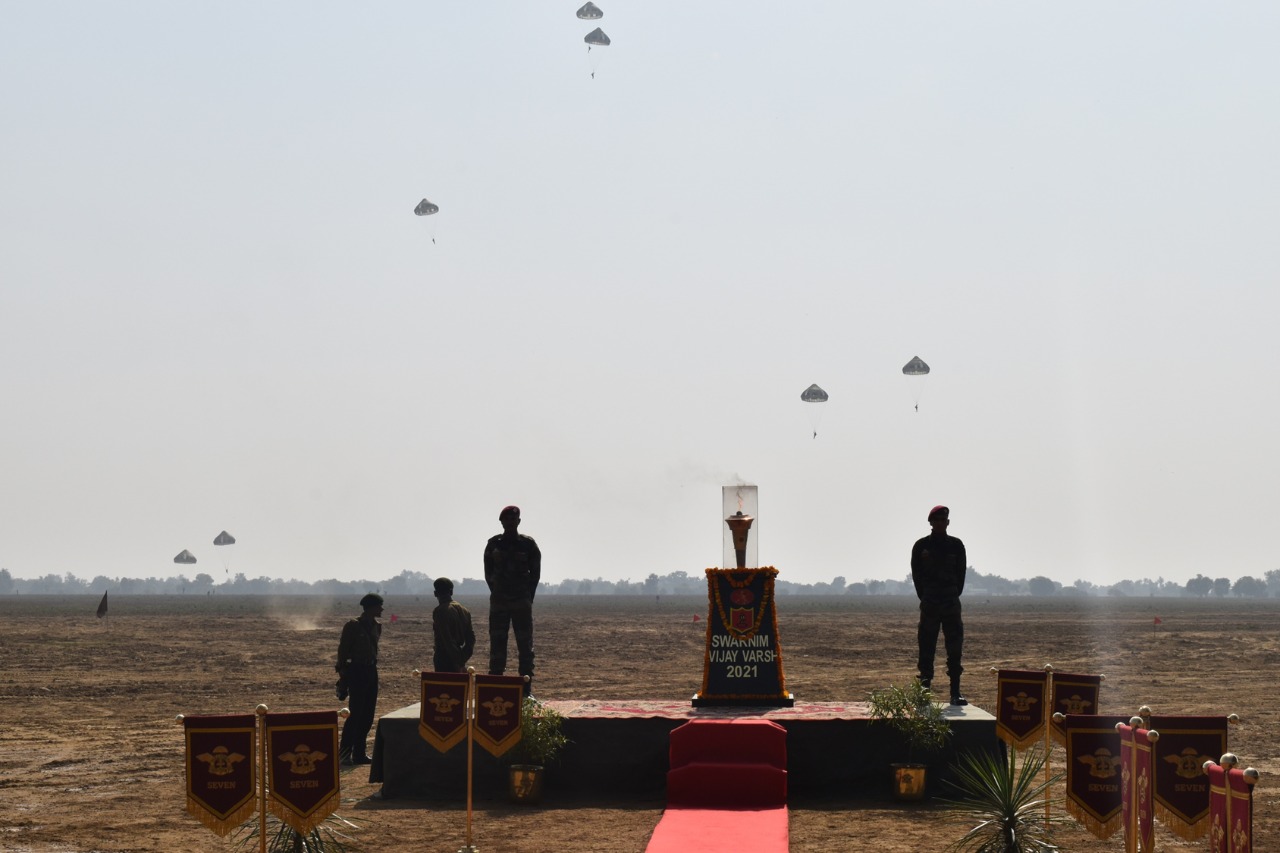 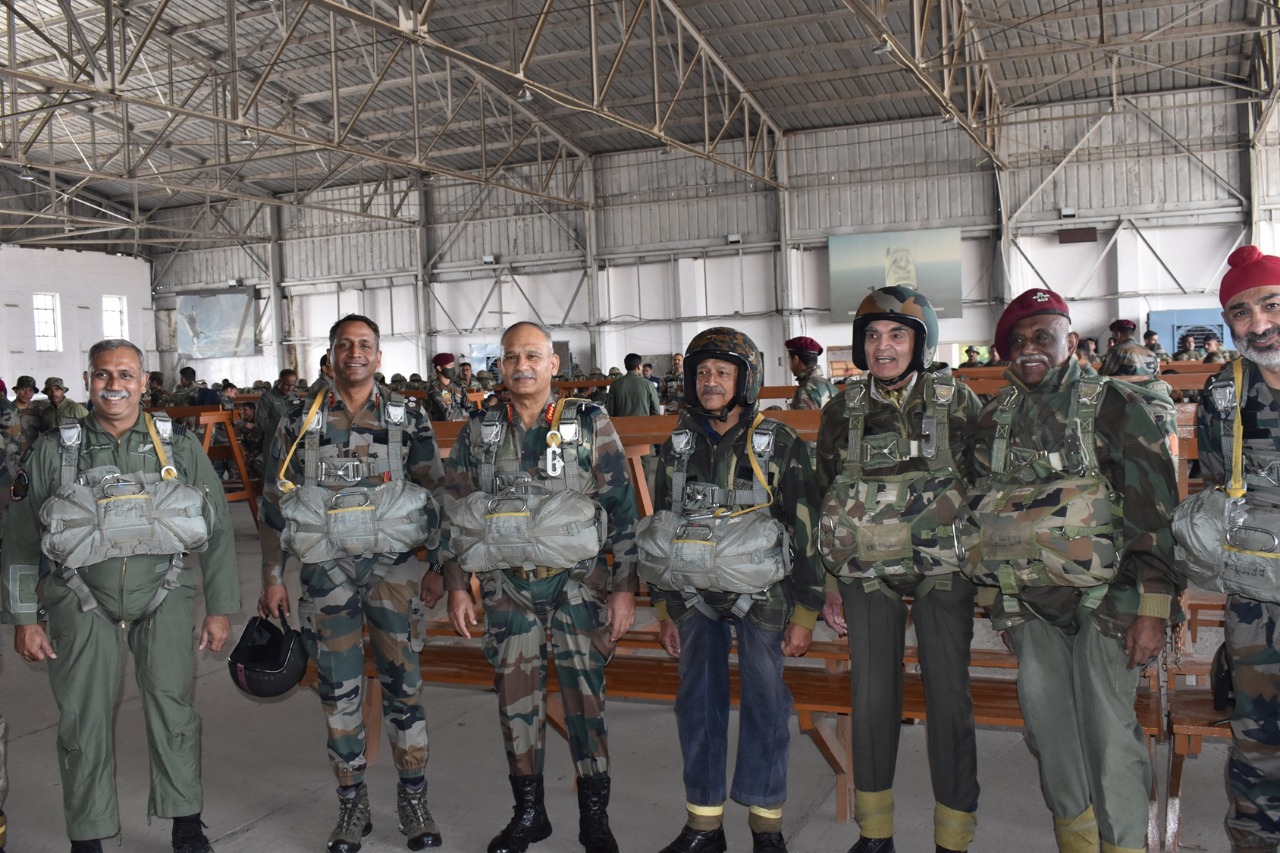