An offshore security exercise, code-named ‘Prasthan’ was conducted in the Offshore Development Area (ODA) off Mumbai on 16th November 2021, under the aegis of Headquarters, Western Naval Command. Conducted every six months, this exercise is an important element of ensuring offshore security and aims to integrate the efforts of all maritime stakeholders, including the Indian Navy, Indian Air Force, Coast Guard, ONGC, the Port Trust, Customs, the state fisheries department and the Marine Police, in refining SOPs and response-actions to a variety of contingencies in the ODAs.

The exercise was conducted on the MHN platform of ONGC located about 94 nm west of Mumbai.

Contingencies such as terrorist intrusion, bomb explosion, major fire, oil spill, man overboard, casualty evacuation, loss of control of vessel and mass evacuation were exercised. The exercise provided all stake holders a realistic scenario to assess their readiness to respond to and combat contingencies in the Western ODA, as also to operate together in a coordinated manner. 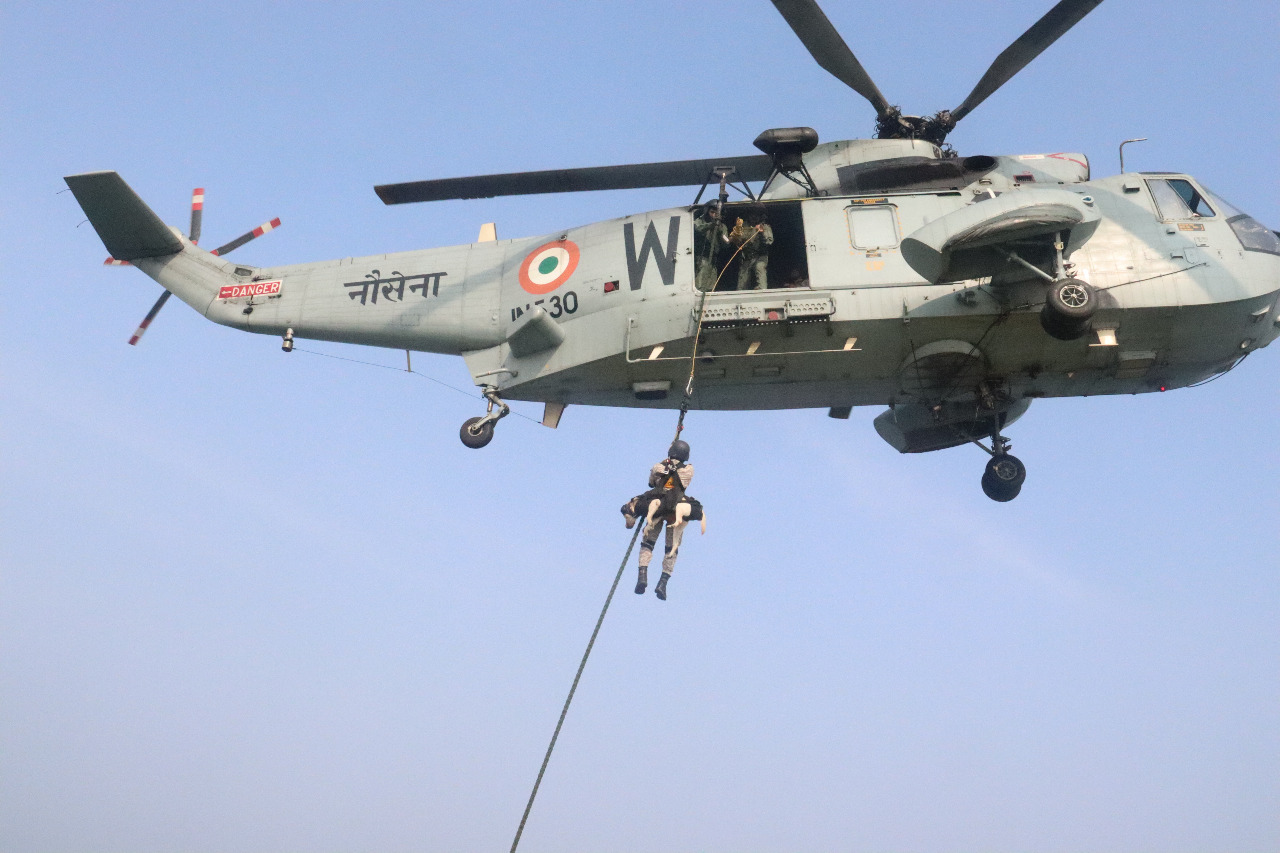 Read this release in: Hindi
OI-News 9451