Veerangana: story of valour and courage of women protecting women

Veerangana: story of valour and courage of women protecting women

“Veerangana means a brave female, someone who can fight for their rights. A strong woman not only protects herself, but protects others too”, said Shri Kishore Kalita, Director and Producer of the Assamese documentary film Veerangana, while addressing a press conference today at the 52nd International Film Festival of India being held in Goa. 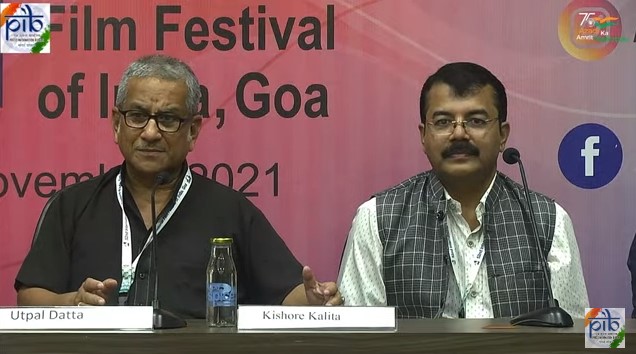 Veerangana has been selected for the Indian Panorama section in the Non-feature film category. It deals with a first-of-its-kind initiative in the country; Assam Police’s first female commando force ‘Veerangana’ which was launched in the year 2012. “Nowadays, we talk about women rising in tandem with men in every field, but when the night comes, woman are afraid to go out alone due to the fear of eve-teasers and harassers. The fact that women can protect women, is what I wanted to show through this documentary”, added Kishore Kalita, who is an advocate by profession and describes filmmaking as his passion.

Brain child of the present Director General of Police, Assam, Shri Bhaskar Jyoti Mahanta, who was the then AGP (Training and Armed Police), Veerangana is a strong female police unit to fight the rising crimes against women in the state of Assam. These women were trained in motorbike riding, martial arts and handling lethal and non-lethal weapons to effectively deal with any crime. They were also trained in ‘Silent Drill’, a unique silent precision exhibition drill in handling a rifle, made famous by the US Marines.

In the 21 minute documentary, the Directors shows us how the female commando unit of Assam Police carries out various activities and how they deal with the increasing trends of criminality in society with confidence and strength.

Dedicating the film to the valour of the female warriors of the Assam Police, Shri Kalita said, “I hope people will get encouraged after watching this film, especially young girls, who aspire to be brave and courageous facets of the society one day.”

“The concept of Veerangana is such that if a woman comes out at night and sees the Veeranganas, the brave ladies in uniform patrolling the streets, they will feel secure and safe”, the Director further added.

“It took almost one year, shooting and re-shooting, writing and re-writing the script, but in the end, the outcome was better than what we expected”, noted Film Critic & writer of the documentary, Utpal Dutta said. Describing it as a social organisation more than Government organisation, Dutta said, “Usually Government organisations have some particular order, guidelines and philosophy. This initiative is almost like an NGO, the effort for social transformation is embedded within the department and that is what attracted me to write the screenplay of this documentary.”

Talking about his motivation behind doing the film, Kalita said that “We all have responsibility to make the society better. Films are the finest medium of storytelling and sending message to society. This is why I decided to document the journey of the Veerangana through this film.”

The documentary shows the other side of these brave ladies in khaki too. “Some of them are good in writing, some are good in singing and dancing etc., they pursue these interests in their free time”, the Director remarked. The documentary shows the women officials sharing how the Veerangana unit brought out the strength inside them – which they never knew they had within them – to the forefront. They also talked about the various opportunities which opened up after this endeavor.

The documentary has also been screened at various national and international film festivals and was declared the Best Documentary at the Cochin International Short Film Awards, 2021.

Utpal Dutta, Film critic and the screenplay writer of Veerangana also released his new book titled “Film Appreciation” after the media interaction. The book was received by Prachee Bajania, Director of The Spell of Purple, another Non-feature film selected for Indian Panorama section at IFFI 52.