Addressing the third joint meeting of all Science Ministries and Departments here today, Dr Jitendra Singh expressed satisfaction that such a large number of proposals were received from Line Ministries within two months of the initiative launched in September to work out utilisation of different scientific applications for sectors like agriculture, food, education, skill, railways, roads, Jal Shakti, power and coal to name a few. This is keeping in mind that every sector today has become largely dependent on scientific technology, he said. 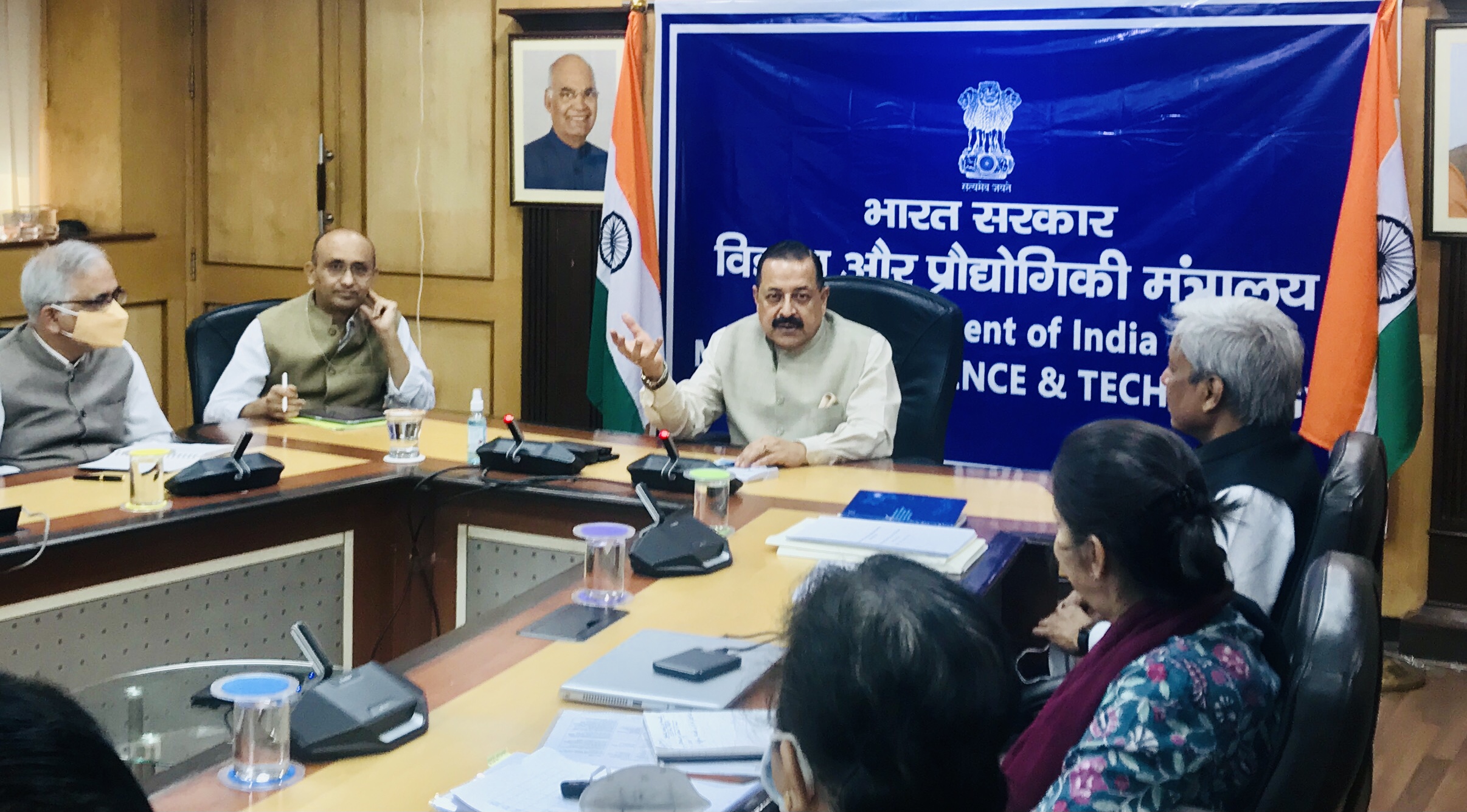 The novel initiative was launched by Dr Jitendra Singh in Mid-September this year, where representatives from all the Science Ministries including Science & Technology, Earth Sciences, Atomic Energy, Space/ISRO, CSIR, and Biotechnology separately engaged in extensive brain storming with each of the different Ministries in Government of India to work out what scientific applications could be utilised in which sector. The Minister had stressed the need for integrated theme based projects instead of a particular Ministry based or Department based projects in that meeting.

Dr Jitendra Singh said the out of box idea was suggested by Prime Minister Narendra Modi, who not only has a natural predilection for science but is also forthcoming in supporting and promoting science and technology based initiatives and projects.

On the directions of Dr Jitendra Singh, Principal Scientific Advisor to the Government of India Prof. K Vijaya Raghavan chaired 13 meetings so far with the line departments/ministries and the S&T departments and identified Five themes of the meeting.

(i)   Energy and Climate Change Mitigation,

The meetings emphasized on solution-driven research, public R&D system, catering challenges of the line ministries, improving the economic competitiveness of industries and government service delivery to citizens. Similarly, Line Ministries were asked to identify needs and use their R&D budgets for objective-oriented research in coordination with S&T departments.