Creators are not judges, they should only address the issue: Hashmi

There is a famous quote, which says, ‘Art should comfort the disturbed and disturb the comfortable.’ I think this film will disturb those comfortable people of the society who gets comfort through caste, class and other authoritative parameters. This is what K. Jeyachandra Hashmi, Director of Indian Panorama Non-Feature film Sweet Biryani said at a Press Conference held on the sidelines of 52nd IFFI in Goa today.

Addressing the presser, Hashmi said that the story is about a food delivery guy ‘Marimuthu’ and his experiences on a single day. He travels with a lot of food packages to deliver, meets a family which doesn’t have food to eat, but he is helpless to feed them. This is the irony projected in the film.

“In India having luxurious food for many is a basic thing and for many food itself is a luxury. I wanted to bring these two contrasting ideas to my film”, he said. 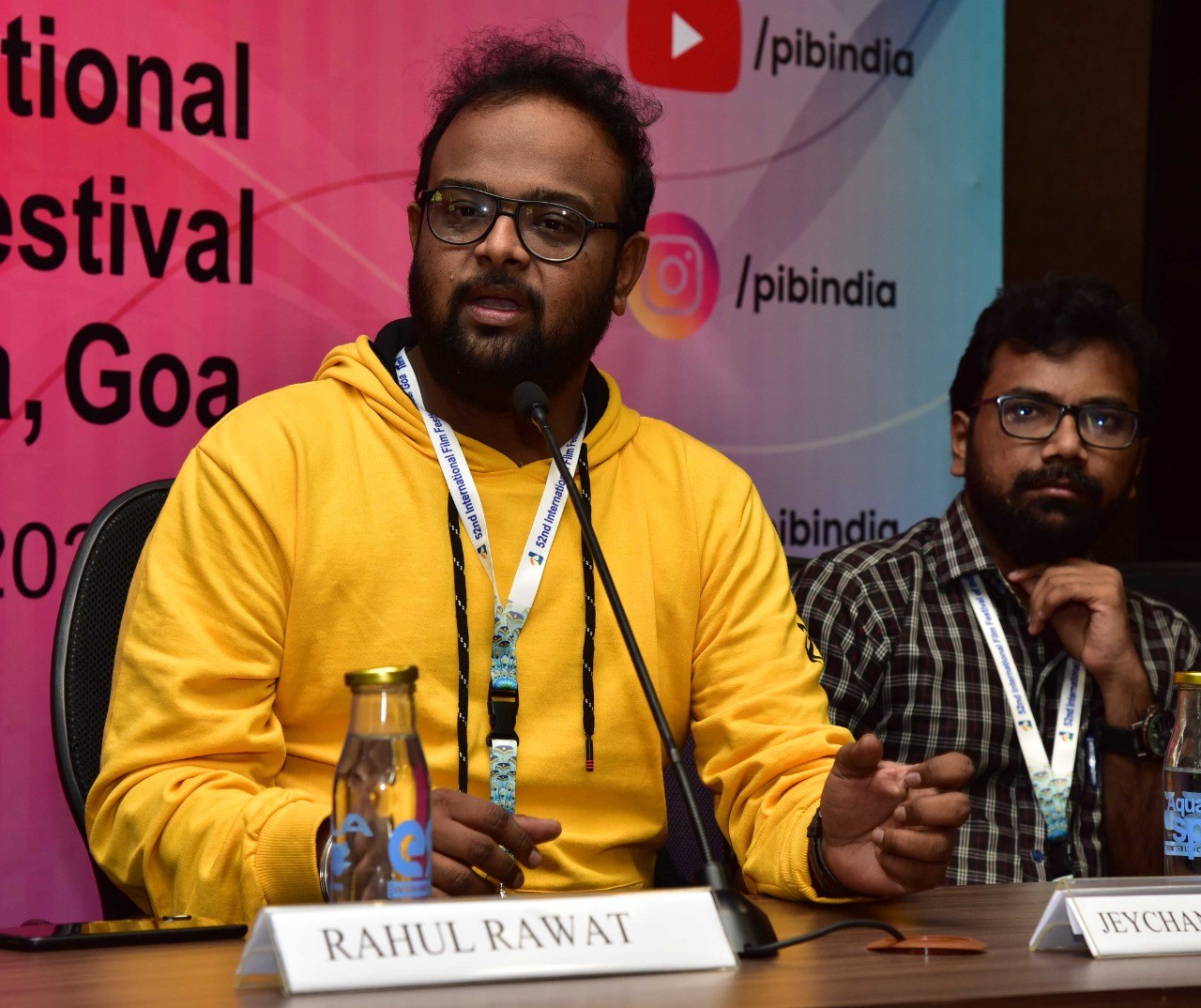 He said that the film also highlights the daily life of a food delivery boy and the challenges he faces, which the customers hardly note and sympathize. “After making this film I have learnt to respect food and wait patiently without losing my temper, when the delivery of food gets late. That’s the change that the film has brought in me and that’s the success of the film”, he added.

Talking about his style of filmmaking, the Director said that the creators are not judges and they should only address the issue. “I have only shown my story as I conceived it. I have not given any solution. This is upto the audience”, he added. 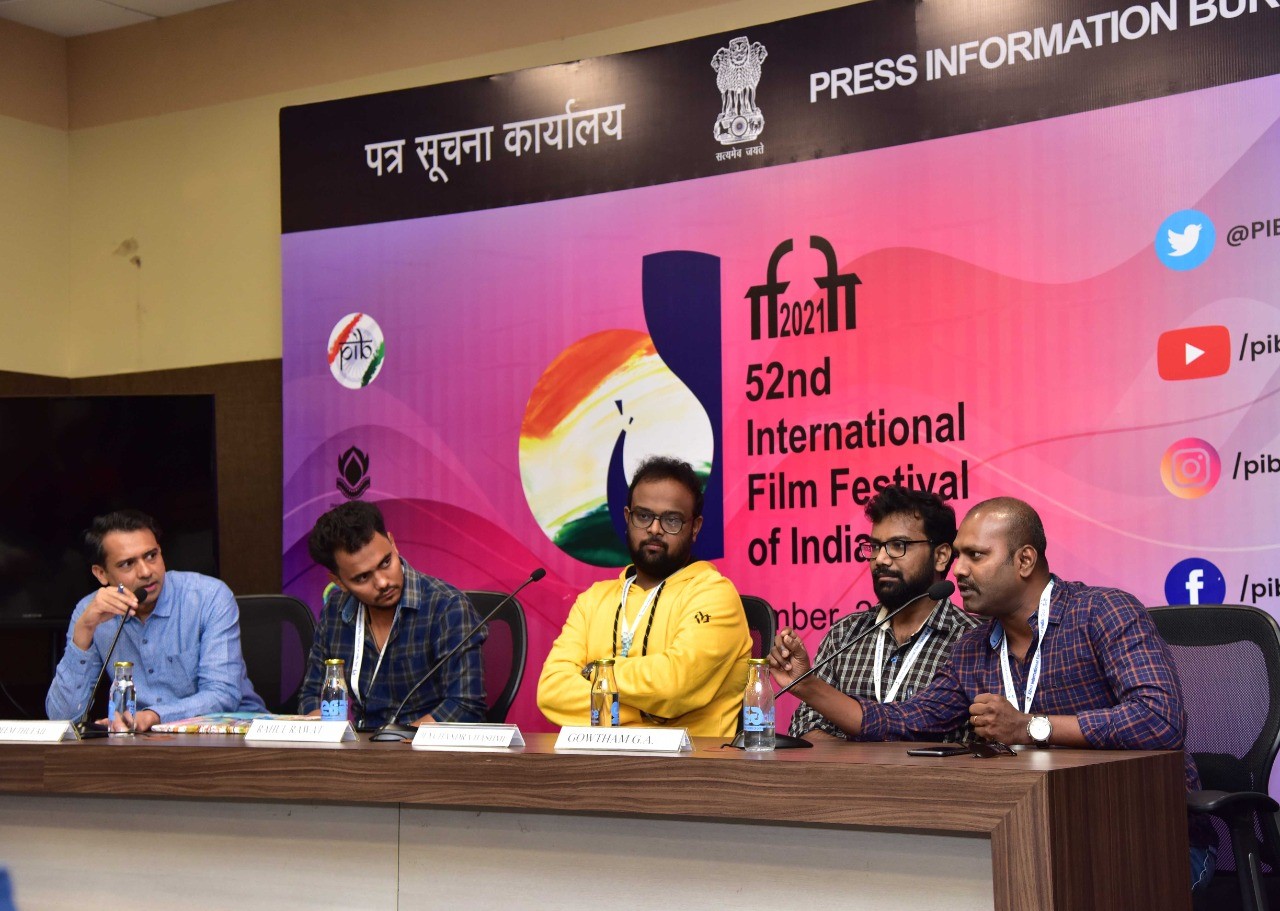 Responding to a query on his idea behind the title, Hashmi said that Marimuthu the protagonist, in the climax seeing the high-handed behaviour of a customer towards him delivers the Biryani ordered by the rude customer to a different person. This single incident changes his mind and rubs off all his humiliation and frustration. “The spicy Biryani brought smile to Marimuthu and I hope it will also bring smile to the viewers”, he said.

Sarithiran, who played the role of Marimuthu and Gowtham G.A., Editor of the film also shared their experience on this occasion. Sarithiran on special request of the audience rocked the floor with widely the appreciated signature walk of Marimuthu in Sweet Biryani. 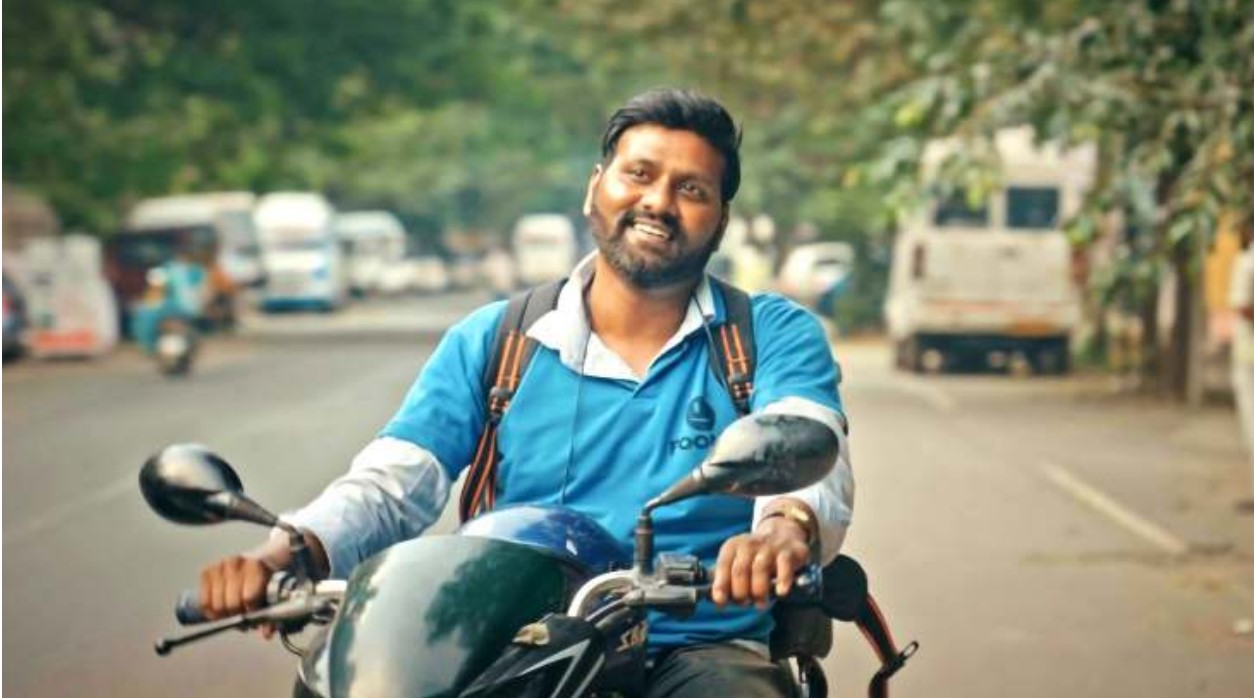 About the Director & Producer: K. Jeyachandra Hashmi has been making short films from 2009. He was an associate director with the National Film Award-winning director Seenu Ramasamy. Some of his award-winning films include ‘Mouna Mozhi’, ‘Aram’, ‘Kalavu’, and ‘To-Let’.

About the Film: Marimuthu, a law student, delivers food to support his family. He enjoys riding the bike all day and listening to songs while on the road. When a group of men asks him to deliver their order to another location, Marimuthu first resists but delivers them food. But the group treats him with disrespect due to his unconventional walk and his background, and refuse to pay him for the food. Marimuthu’s emotional ride back home after the incident forms the crux of the film.

Read this release in: Tamil
OI-News 7856