‘Sunpat’ is a story of love and friendship set in the backdrop of migration driven crisis in the villages of Uttarakhand: Director Rahul Rawat at IFFI52

‘Sunpat’ is a story of love and friendship set in the backdrop of migration driven crisis in the villages of Uttarakhand: Director Rahul Rawat at IFFI52

Sunpat (सुनपट) is the loneliness felt by us and even the nature and mountains, when everyone around leaves. It is the emptiness at a festival ground when crowds deserts the place after the celebrations are over. In his Garhwali film Sunpat Director Rahul Rawat tries to capture this emptiness and void in the ghost villages of Uttarakhand which were left lifeless as a result of migration of its people to urban areas for jobs. “Due to lack of opportunities people of Uttarakhand for long have been migrating to other parts of the country. These migrations which have happened due to various socio-economic factors has created approximately 1500 ghost villages in the state. More than 4000 villages are left with very few people and due to this the society, culture and tradition of these regions are at stake. I wanted to tell this story and tell people how migration is wreaking havoc in my state.” said Rawat. Sharing his experience of about making the film, Rawat said the film were inspired by real life people whom they met and interviewed across the state. The shooting of the film was completed in 20 days once the casts were identified. 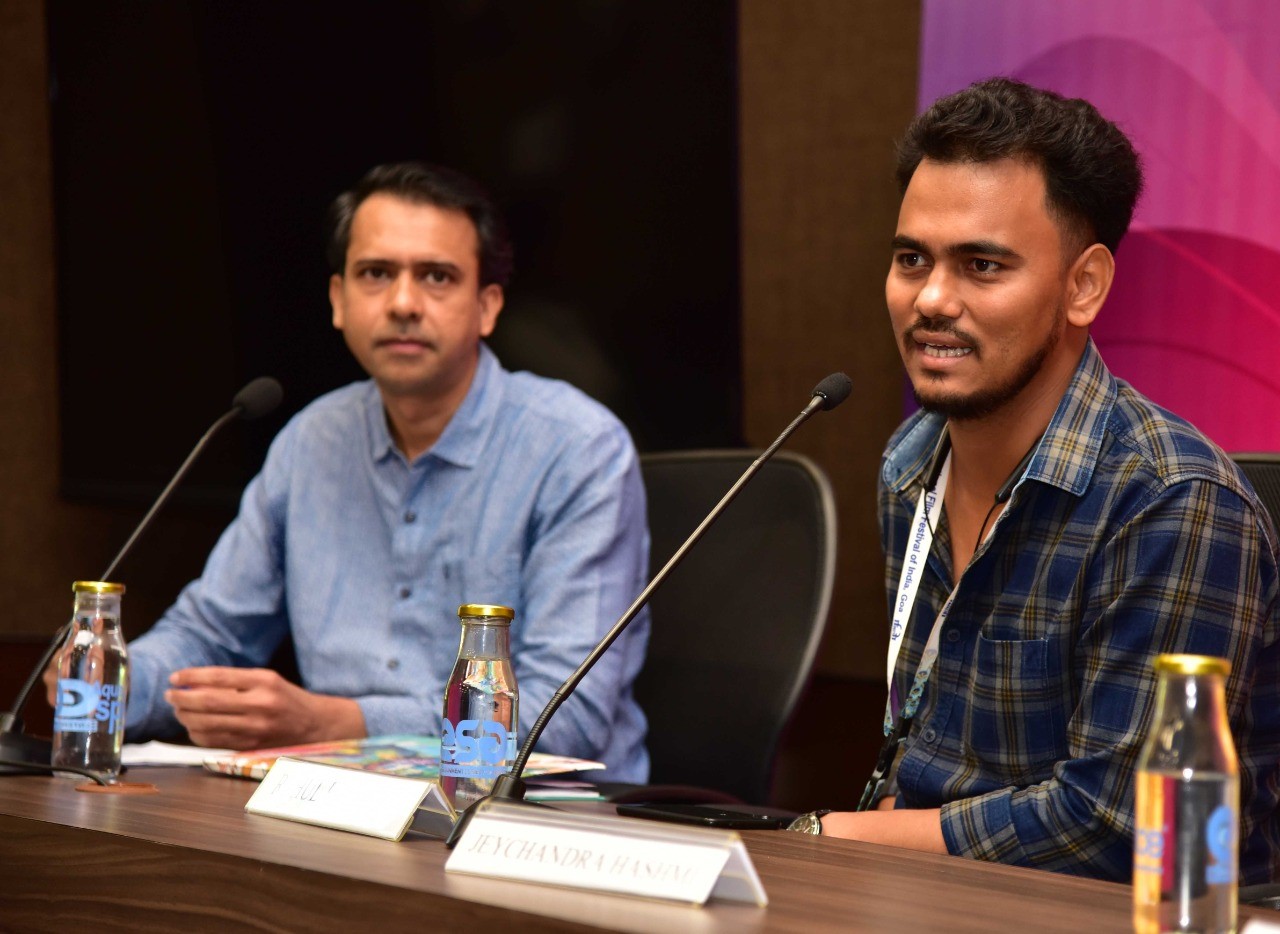 Veeru Singh Baghel who is DOP of the film narrated his experience of the shoot. “We used to get up early in the morning and had to literally run from mountain to mountain in search of sunlight as sun moves very quickly on the mountains. Whole cast and crew of the film used to help in shifting the equipments. I shot whole film on 2 LED lights.  It was awesome experience all in all.”

The co-producer of the film Rohit Rawat who was present at the interaction shared his experiences also in making the film with the delegates and media.

Sunpat was screened in Indian Panorama Non-feature Film section in 52nd International Film Festival of India, Goa and it was first film from Uttarakhand to find a place in IFFI.

Indian Panorma Non-feature Film Sunpat by Director Rahul Rawat is a story of Twelve-year-old Anuj and his friend Bhartu go on to find out if the girl former likes, pays any heed to him. As they plan out the ways to propose her, we see, through their journey, the emotional trauma large part of the villages in Uttarakhand are facing due to the long-prevailing socioeconomic migration. ‘Sunpat’ is a story of love and friendship blooming at the time of hopelessness.

Director & Producer: Rahul Rawat worked under renowned ad-film directors, before joining Percept Pictures as a writer-director. Later, he shifted from advertising to films as he believed films can have life changing impacts on people and found meaningful to pursue.

Sunpat is his first film as a writer, director, co-producer and screenplay writer and editor.