The Ministry of Tourism in association with Ministry of Information & Broadcasting organized a Symposium on Film Tourism at Taj Lands End, Mumbai, today November 8, 2021. The symposium aimed to promote Film Tourism by exploring opportunities available in the states for conducting film shootings.

What is Film Tourism?

‘Film Tourism’ is when a viewer gets induced to visit a particular location after seeing it in a movie. It refers to the growing interest among general public for the places which became popular owing to their presence in certain scenes of movies. 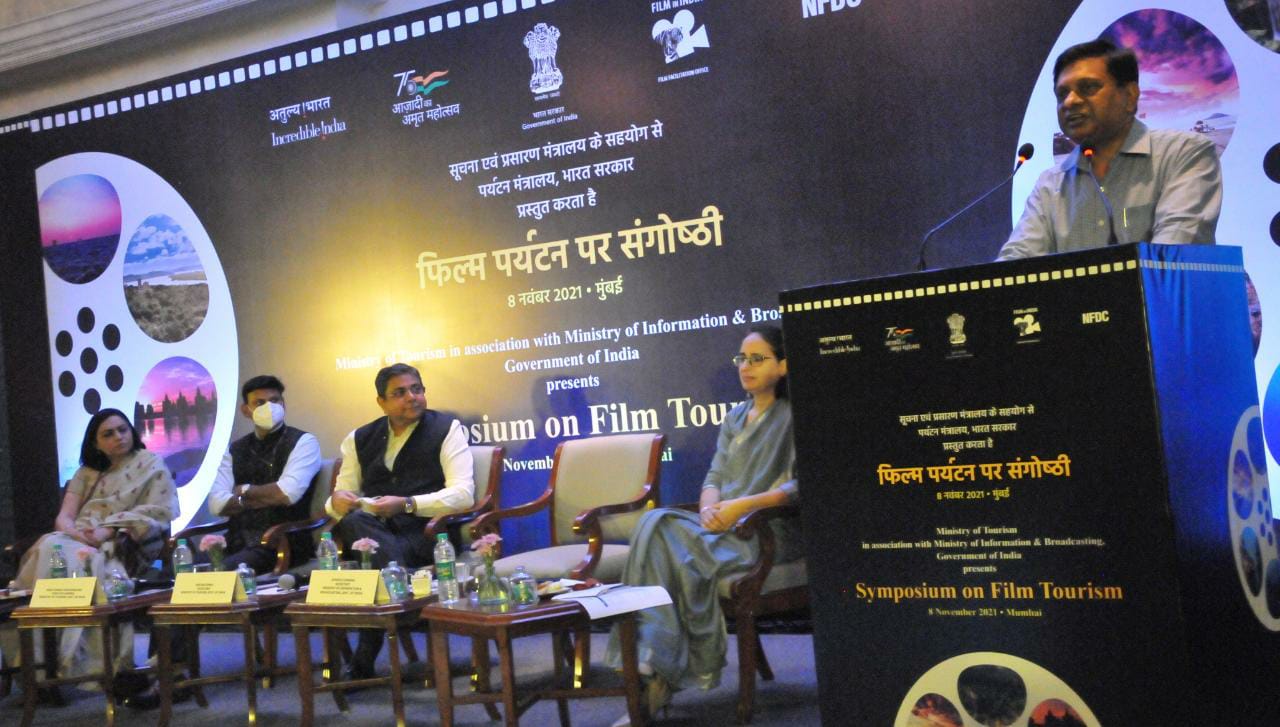 Secretary, Ministry of Tourism, Shri Arvind Singh while speaking about film tourism said that, “The federal system of our governance makes such (film) incentives mostly a state subject and I must say that there are many states which actively encourage film tourism and are quite successful in this regard. The Ministry of Tourism recognizes such efforts through the National Tourism Award given each year under the category ‘Most Film Tourism Friendly State’.

He also suggested that, “State governments should consider establishing a film promotion office preferably in Chief Minister’s Office for timely shooting permissions.” He observed that this is required since most of the issues regarding approvals are localized and within the purview of the State Governments, there needs for the State Governments to consider establishing a film promotion office at the highest level preferable in the Chief Minister’s Office which can coordinate with the various departments and institutions and get the permissions processed on time. The film promotion office should also have the authority to intervene and sort out issues at the local level wherever required. 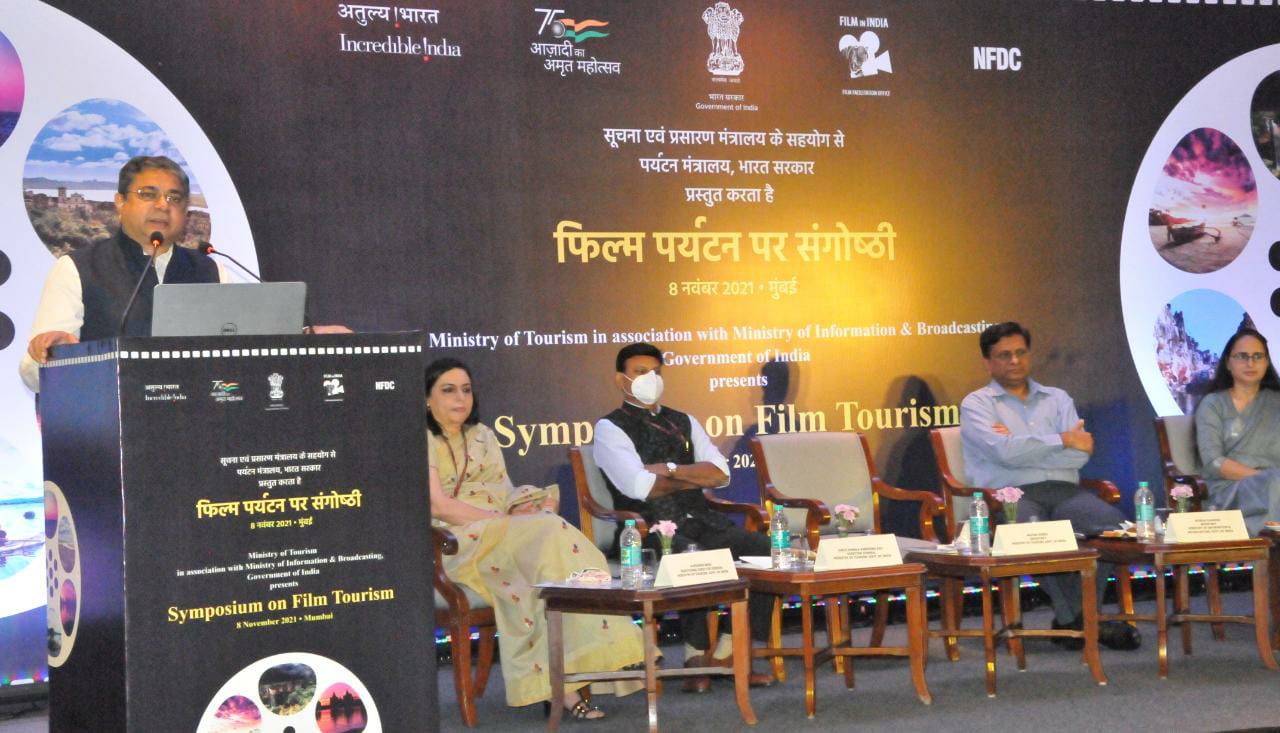 Shri Singh also highlighted the vast potential of India in the field of Film tourism. “India’s varied landscape, seasons, colours, wildlife and more importantly our culture and heritage along with availability of world beating technicians make India an ideal location for film shoots. However, we acknowledge that there are several bottlenecks and there needs to be a concerted push. This should be a two-pronged approach, one at the policy level by making it procedurally easy for the producers to shoot in India and the other with a promotional effort by making them aware of the vast potential of India as a film shooting destination,” he stated.

Shri Arvind Singh also informed about the initiative of Tourism Ministry in promoting Film Tourism. “Ministry of Tourism had an MoU with the Ministry of Information and Broadcasting and NFDC for promoting Cinema of India as a sub brand of Incredible India at various international film festivals like International Film Festival of India (IFFI) Goa, Cannes Film festival to develop synergy between Tourism and the film industry and to provide a platform for enabling partnerships between the Indian and global film industry.” While addressing the symposium Secretary, Ministry of Information and Broadcasting (MIB) said that, “14 states have come out with film facilitation policy, and Government is planning to come out with a draft Model Film Policy based on some of these policies and circulate to other states also so that they can also adopt that. While saying that ‘18 states are giving incentives too for film making’ Shri Chandra insisted about the need for ‘Ease of Filming’ scenario. “More than the incentives ease of shooting and easy of clearances are very important,” he said. 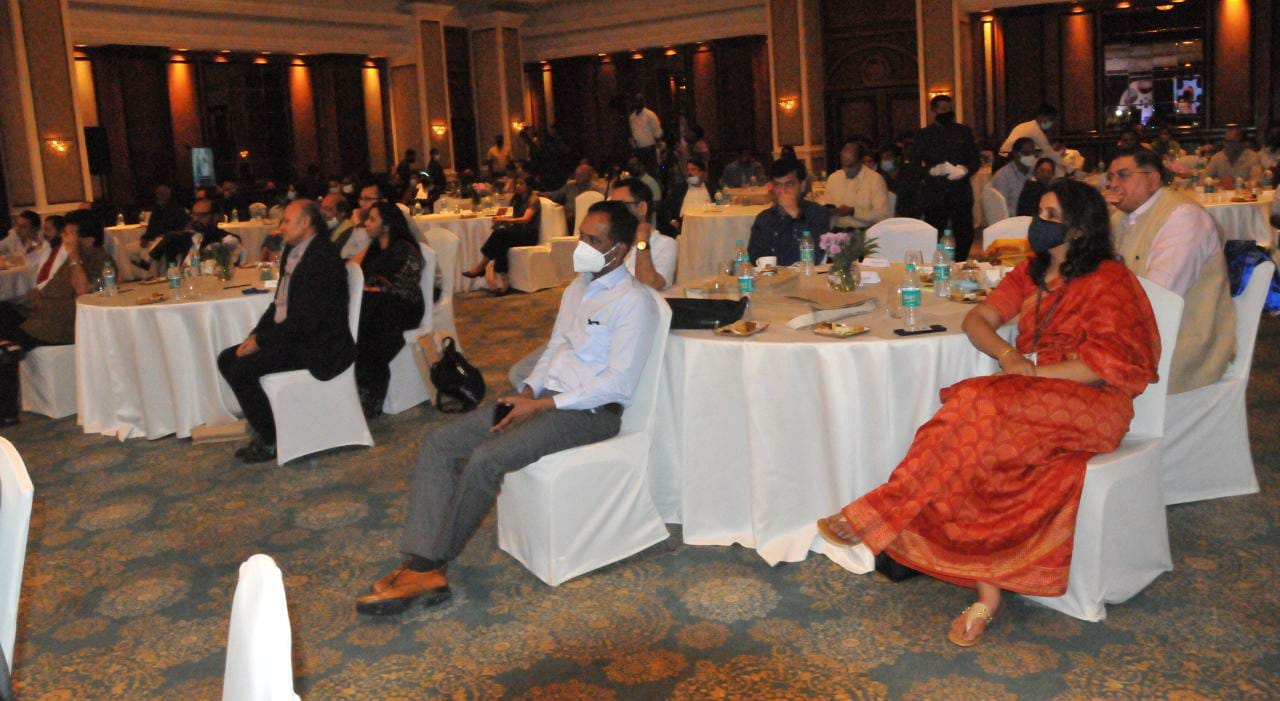 Shri Chandra also spoke about the reasons behind Indian films being shot outside India. “Despite cost being much lower in India, film makers feel that getting permissions for shooting in India is costlier whereas it is easier to shoot abroad. And for that we have to look at ourselves. Especially state governments since it is they who give permission,” he stated. “The purpose of today’s symposium is to understand from the film industry what they want from each state in order to come and shoot there. States play a very big role in this,” he added.

Speaking about the role played by Film Facilitation Office, he stated that, “FFO has facilitated 120 international film makers from 27 countries to shoot in India, in last 5-6 years since its formation in 2015; domestic films only 70!” He pointed out how the number of domestic films is way lesser than the foreign films being shot in India.

Shri Chandra also shared how films play an important role in promoting tourism. “Even when I travel, the locations which I have seen in the films are at the back of my mind.  One of the trains in Switzerland is named as B R Chopra express, a valley in J&K is called Betaab valley as Film Betaab was shot there. In Tawang there is a lake which is named after Madhuri Dixit,” said Shri Chandra.

Shri Chandra also spoke about the initiatives of MIB in order to promote Film Tourism. “We have started the Best State Film Friendly award, given by the President of India. It is an invitation to all states to compete for this award, facilitate film shooting and reap benefits of shooting and filming in India.”

Ministry of I&B’s Film in India initiative and setting up of the Film Facilitation Office (FFO) at National Film Development Corporation (NFDC) is a step in this direction. The FFO is mandated to promote and position India as a preferred destination for filmmakers across the world and create an environment that eases filming in the country. Its web portal, www.ffo.gov.in is India’s single window clearance and facilitation mechanism for International and Indian filmmakers and also the online repository of filmic information. The FFO signifies the Government’s endeavour to reach out to the filming fraternity across India and the world.

Nine States namely, Jammu & Kashmir, Rajasthan,  Madhya Pradesh, Gujarat, Chhattisgarh, Karnataka, Tamil Nadu, Goa and Maharashtra were present on the occasion to showcase the initiatives undertaken by them towards ease of filming as well as the opportunities available in their jurisdictions.

Film Tourism has a multiplier effect on the economy since it brings enduring tourism receipts as well as also benefits the local economy in the form of employment, income generation, skill development, hospitality, transportation, catering, presenting a location in an attractive manner.