“Me Vasantrao” has a universal appeal, to every aspiring artist: Director Nipun Dharmadhikari

Ministry of Information & Broadcasting “Me Vasantrao” has a universal appeal, to every aspiring artist: Director Nipun DharmadhikariVasantrao

“Me Vasantrao” has a universal appeal, to every aspiring artist: Director Nipun Dharmadhikari

Vasantrao Deshpande was a tough man to grasp: Director of IFFI 52 Golden Peacock contender “Me Vasantrao”

If you have grown up in Maharashtra and have held a fascination for classical music or musical dramas, the towering name of Hindustani Classical maverick Pandit Vasantrao Deshpande could not possibly be unfamiliar to you. Me Vasantrao, a film presented to film lovers in the Feature Film Category of the Indian Panorama section at the 52nd edition of the International Film Festival of India, tells the story of the making of the musical maestro and promises to inspire connoisseurs of film and music not only from Maharashtra, but in India and abroad. Addressing a press conference on the sidelines of the festival today, November 24, 2021, Director Nipun Dharmadhikari said the film has the potential to appeal to diverse audiences. “While story is personal to Vasantrao Deshpande, it also has a universal appeal, for everyone trying to be an artist.” 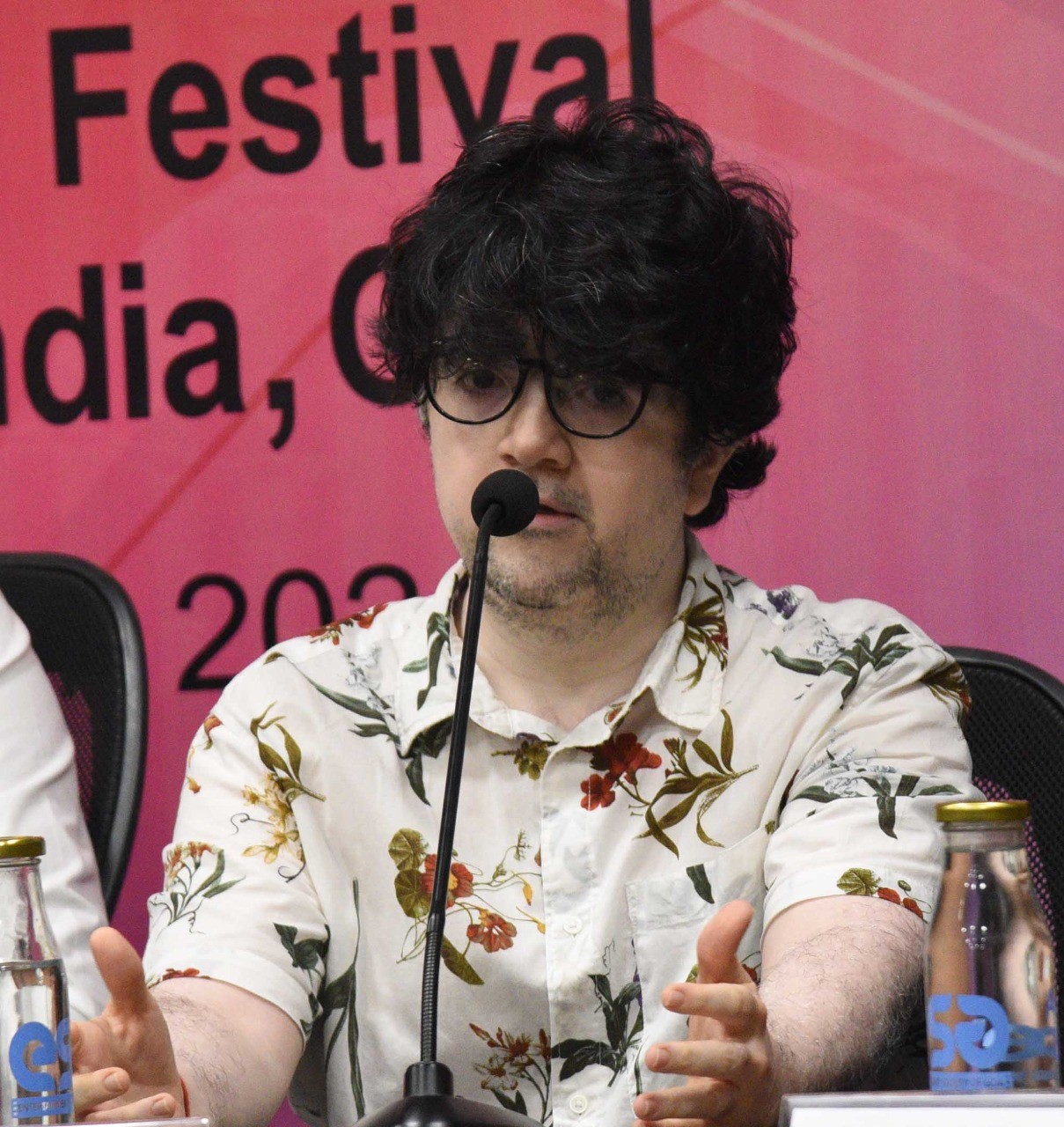 The film, which is also competing for the coveted Golden Peacock Award, awarded to the best feature-length film selected from all over the world, explores the untold story of what happened in the musician’s life before he became famous. Born in a village in Vidarbha, Maharashtra and then raised single-handedly by his mother in Nagpur, Vasantrao’s life presents a canvas of exciting events – events which shaped his life and eventually his music. Diverse life events which shaped him include the master’s unique friendship with P.L. Deshpande and Begum Akhtar, life in Indian Military Accounts, learning music in Lahore, his posting to the Indo- China border during the war of 1962, and performing in Katyaar Kaljaat Ghusl, the play which made him a force to be reckoned with.

The versatile role of Vasantrao Deshpande has been played by none other than his grandson and prominent contemporary classical singer Rahul Deshpande. Speaking about his role, the director said: “Rahul Deshpande and I have worked and revived Sangeet Nataks together. Despite not being an actor by profession, he played the role very diligently.” Dharmadhikari said it took him two years to make the script ready as he found Vasantrao Deshpande a hard man to grasp. “I wanted to know why he made his life choices. It was probably events in his early life that made Vasantrao decide to not pursue his singing passion early in life, though he was known to be one of the best singers of his time. He was also not very good at networking, we have shown that fact very honestly in the film.”

The director informed film delegates that he has tried to be as true to Vasantrao Deshapande’s life as possible. Two instances which took place towards the later stages of his life were also incorporated in the film.

Commenting on the reach of cinema and the reception of the film at IFFI, Nipun Dharmadhikari said: “When the movie was screened yesterday, even non-Marathi viewers came to us and told us that they could relate with the characters shown in the film. They said they would like to watch this movie, dubbed in their languages. I am not very sure whether this will happen, however, OTT has expanded access. But I believe that cinema eventually reaches its audience; it is a timeless art, hence I am hopeful.”

Nipun Avinash Dharmadhikari is a Marathi writer, actor, and director. He is known for the revival of Sangeet Natak (Musicals) and long five-act plays.