Rashtriya Raksha University (RRU) is an Institute of National importance established under the Ministry of Home Affairs, Govt of India. RRU is committed to identify, prepare and sustain statecraft of national, strategic and security culture through continuous enhancement and development of innovation, education, research and training cadres from the security, military and civilian society.

General MM Naravane, COAS addressed the gathering through virtual platform in which he emphasised that signing of this MoU is a path breaking initiative towards enhancing the interaction of Indian Army with academia. Army Chief highlighted that the demands of future warfare mandates Indian Army officers and men to be educated in niche domains of warfare to include Artificial Intelligence, Machine Learning, Data Science, Cyber warfare, robotics and aerospace that have potential military applications and a disruptive impact on modern-day warfare.

The event was presided over by Lt Gen Raj Shukla, GOC-in-C Army Training Command. He stressed that this is a step towards strengthening the linkages between academia and the Indian Military. He laid specific emphasis on ‘Civil-Military Relations’, and expounded multifaceted aspects pertaining to mutual cooperation.

Prof. (Dr.) Bimal N. Patel, Vice Chancellor, RRU underlined that RRU is a model security of India and an institute of national importance. The university will focus on meeting specific requirements of Indian Army in emerging and contemporary technologies in the field of Artificial Intelligence, disruptive military technologies, cyber and information warfare, aerospace capabilities and will provide certification for the institutionalised training undertaken at this institute. ‘Çhanakya’ a biannual publication of RRU on National Security was also launched during the event.

The landmark MoU will facilitate and strengthen institutional cooperation between the Centre of Excellence and the Indian Army towards strategising and implementing programmes pertaining to training, research and capability development. 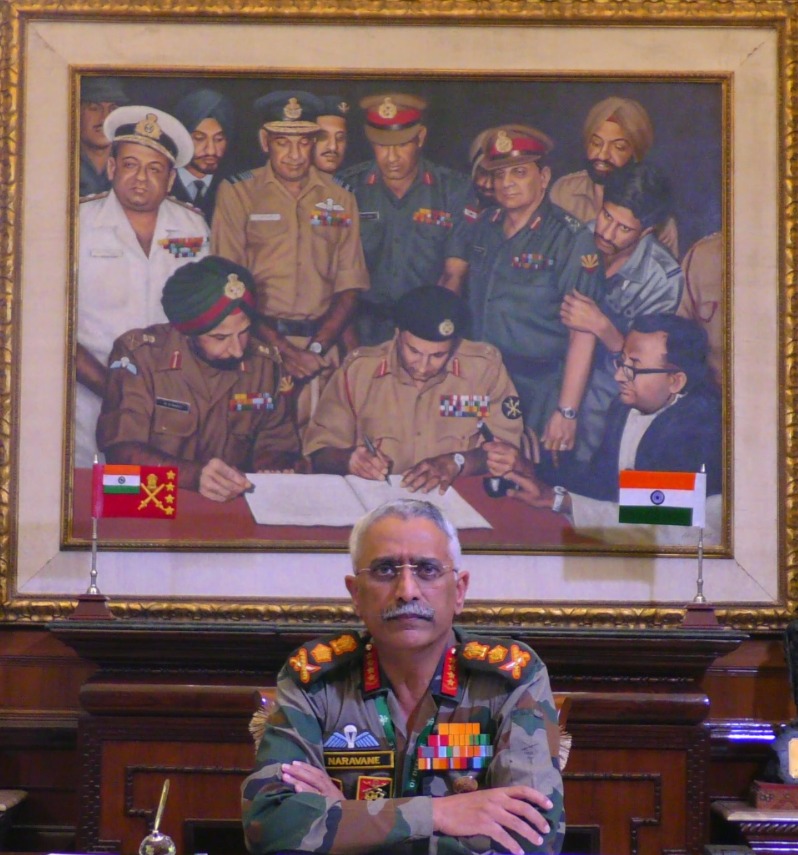