Our film shows and tells the world the rich values and tradition we have inherited: Director Dr. Deepika Kothari

We should teach our children from an early age how and why our country was named Bharat: Director Ramji Om

“Documentaries depend on detailed and thorough research”

What is the essence of Bharat, our country? What is the meaning underlying this idea? How did it come into existence? What is its culture, traditions and geography? Bharat, Prakriti Ka Balak, a Hindi documentary film directed jointly by Dr. Deepika Kothari and Shri Ramji Om, led cine lovers into an exploration of these fundamental questions concerning the identity of the world’s largest democracy. The film has been screened in the Indian Panorama Non Feature Film section of the 52nd International Film Festival of India, being held in Goa in a hybrid format, during November 20 – 28, 2021. 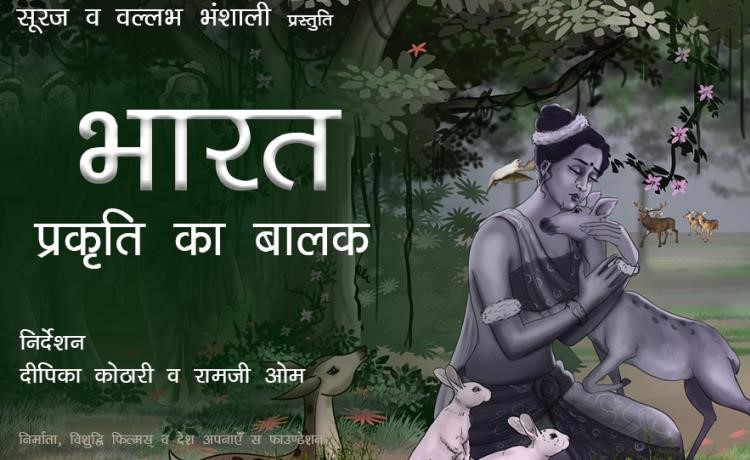 The film is the third episode of the ten-episode-long documentary series on Indian civilization. Addressing a press conference on the sidelines of the festival yesterday, November 26, 2021, Dr. Deepika Kothari, the brain behind the documentary, said that the film addresses the essence of Bharat, our country. “Bharat is not just a piece of land that we have gained upon independence in 1947. We have tried to show all our cultural traditions, philosophical beliefs and ancient knowledge in our documentary series.” 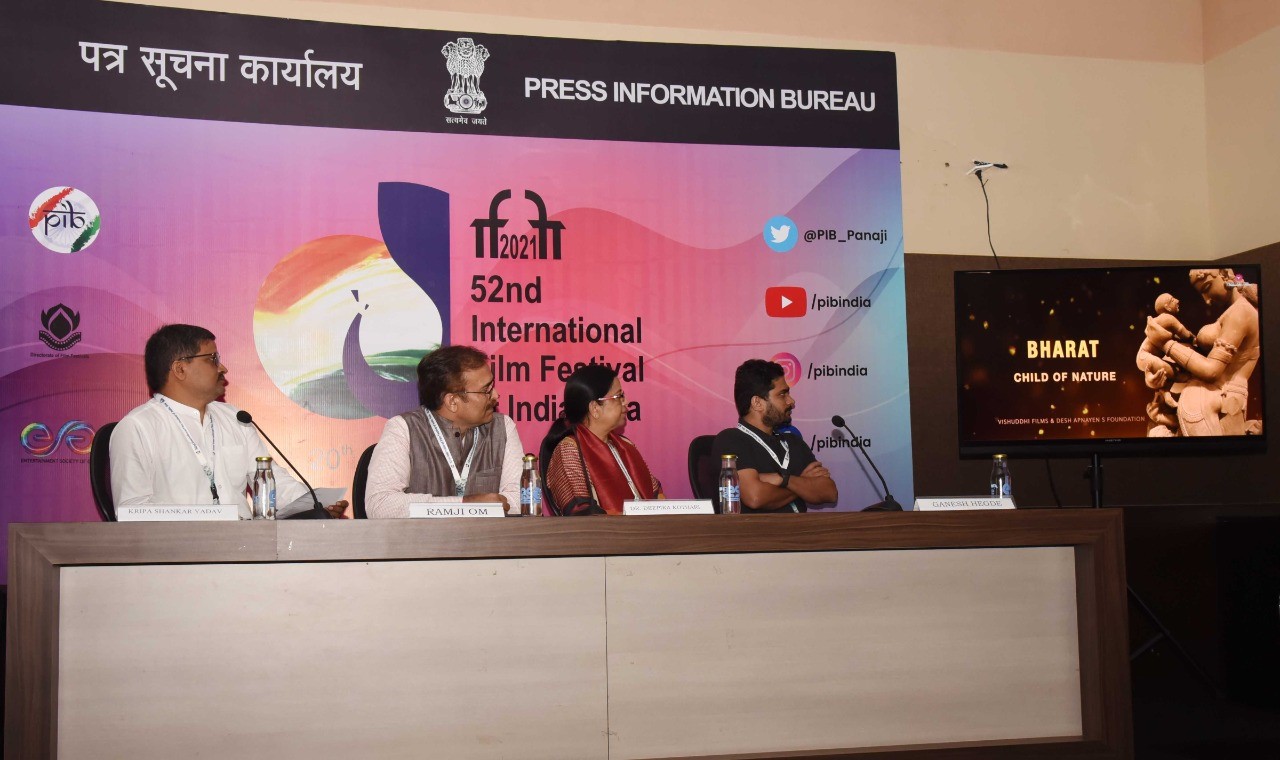 The documentary relies on evidence from geography, history, ancient texts and notes from scholars, says Dr. Kothari. “There is a lot of this evidence, which is not usually incorporated in scholastic textbooks, people are unaware of this.”

Produced by Desh Apanayen Sahyog Foundation, Dr. Kothari informed that the documentary has covered everything, ranging from the festivals of our country to the culture of tribes belonging to various parts of India. “The film is woven into this cinematic piece of art with music, dance and of course, with knowledge. It’s very educative and scholarly no doubt, but it will also tell the world the rich values that we have inherited.” Fellow director Ramji Om shared with the audience the spring of inspiration which led the duo to make the film. “Through our documentary, we have tried to fill the vacuums left by our education system. We thought of making this documentary in 2005, because education is the most vital factor in the making of a nation. The treasure-trove of India’s cultural heritage is showcased in this documentary.”

Om spoke of the need to empower children with a firm grounding in the roots of the history of our nation, from a very early age. “The word Bharat appears in the very first Article of the Constitution of India. However, we Indians are very accommodating by nature, so we have accepted names as India or Hindustan, given by foreign rulers. At the same time, having kept the name Bharat, we should teach our children from an early age how and why our country was named Bharat.” 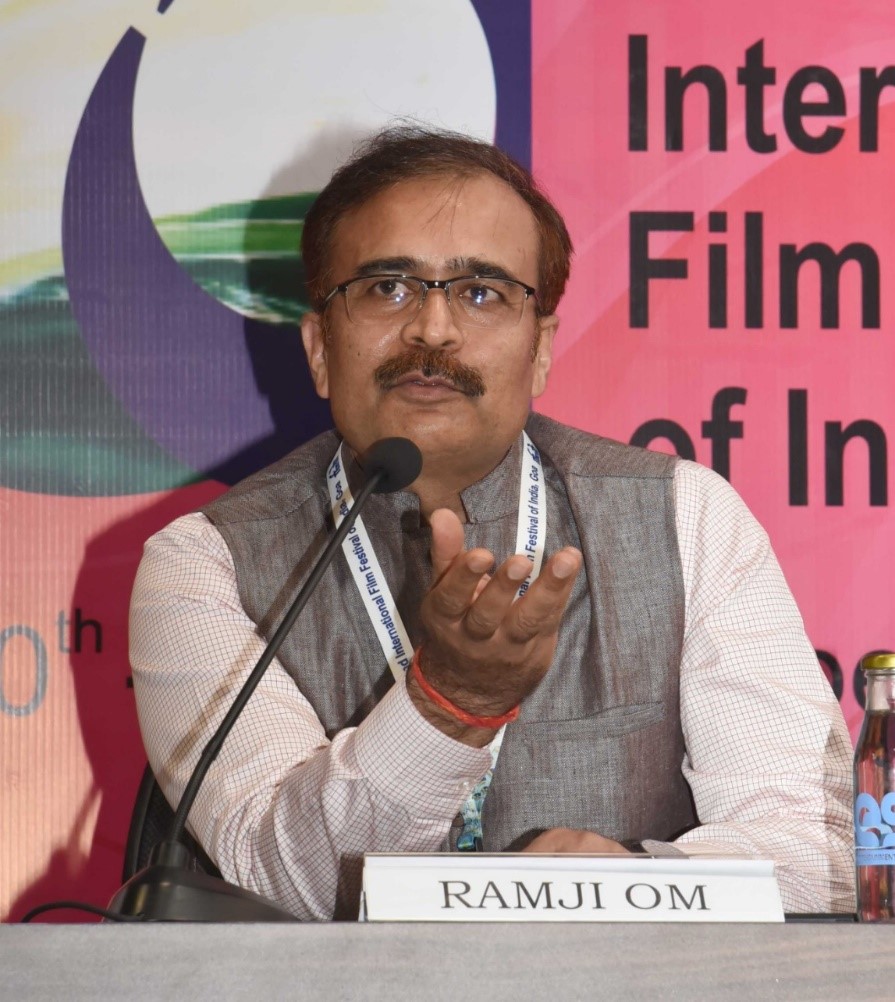 The research part of any documentary is the toughest part, says Dr. Kothari. “For this documentary series, we travelled across the globe. We travelled to 194 archaeological sites in India and abroad; we have collected a lot of documents from across the world, we came across the best of relics, sculptures and manuscripts. A part of it is shown here. The rest are presented in the other episodes of the series. Unfortunately, most of them are not in India now. They are outside India – in museums and private collections in other countries.”

Ramji Om, who also wrote the screenplay of the documentary, agreed that even documentaries need a strong plot. “Commercial films have many elements to attract the audience but it is not easy to attract audience to documentaries. The effort behind making of a documentary depends mainly on research material. If our research is detailed and thorough, we will be able to tell a good story through documentaries.”

A scientist by training, Dr. Kothari left her past career to explore the culture of India and the meanings behind them. She shared with film delegates what drove her to make the shift. “We have to be responsible custodians of the legacy we have inherited. Though a physicist, I found that the Indian knowledge system and the understanding of Indian philosophy is even more sensible than modern science. I wanted to explore that.”

Dr. Kothari further explained, “Most of us goes to these archaeological sites in our country, especially to the temples and the museums, as a tourist. We don’t understand the meaning behind the sculptures, the texts or the architecture. Our documentary delves deep into the traditions of Bharat and shows it to the world.”

The documentary is divided into 20 episodes of 25 minutes each and uploaded on YouTube for the public to see, informed Dr. Kothari. “We are not using it for commercial gains but for the greater good of public. We are also creating small clips on various questions from students, we will release this soon.”

Responding to a question on OTT platforms, Ramji Om asked why we are giving away control to foreign platforms by allowing them to stream our cinema. “Cinema controls the psychology of the masses. Films are not only for submission to film festivals. To make our cinema global, what we need is not money but willpower. We should control our own narrative and have our own OTT platforms which give chance to our regional filmmakers.”

Dr. Deepika Kothari said they have made another documentary on Yoga which has been appreciated by many scholars and has been shown in both national and international educational institutions.