Grateful to 52nd IFFI for the opportunity to fulfill my dream: Youngest winner Aryan Kumar 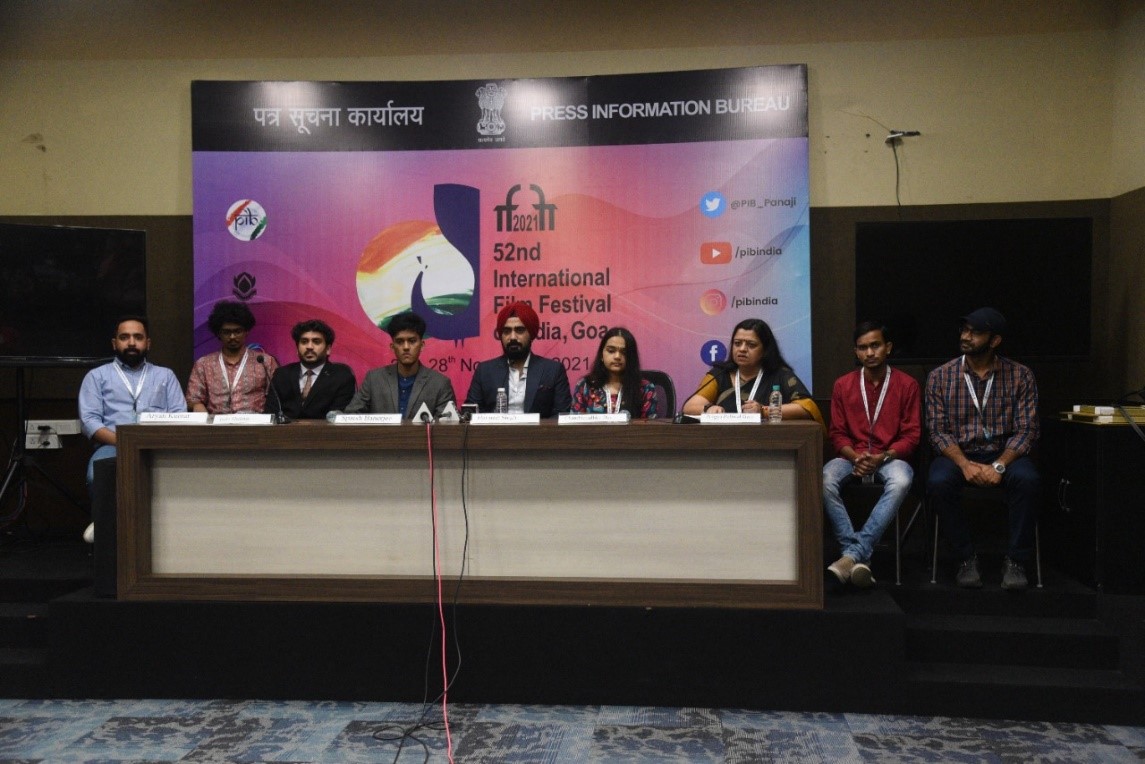 It is remarkable that the youngest candidate chosen for this competition, Aryan Kumar -who is from Bihar- is just sixteen years old, and he has been chosen for his skills in Film Direction.

About his experience of filmmaking, Kumar said “I started making films from the seventh standard. I learned filmmaking from a 10 day workshop in Bihar which was taught by a faculty of Film & Television Institute of India, Pune and before that I had no idea about filmmaking. Till now, I have made over 15 short films. This initiative of ‘75 Creative minds of Tomorrow’ helped me in realizing my long cherished dream of visiting and participating in IFFI.” He said that the connections made with the other Filmmakers of the competition will help him in future for to pursuing a career in Filmmaking.

Chandramallika Das, an Engineering student, who belongs from Assam, stated that, “I had a dream of coming to IFFI; when the competition of ‘75 Creative Minds’ was announced, I was very happy that such an initiative is being launched for young people like us. I am looking forward to carve my own path in this field, I want to learn every little to huge things related to filmmaking and make the best out of it. I submitted two movies-a silent movie a movie based on a poem- in the competition.”

Calling himself a one stop shop who can gratify the audience’s creative needs and handle commercial intricacies of making films, Harmeet Singh, an MBA student and a singer, also expressed his happiness on being selected for the competition.

It is to be noted that most of the filmmakers shot and edited their own films and made them with a limited time frame, which is unique and commendable.

Another Filmmaker Bidit Roy, an award-winning and self-taught documentary filmmaker based out of Pune talked about how he loves to cover subjects which are away from the usual spotlight. Meeting interesting people and figuring out a perspective to tell their stories is something which keeps him going.

Indu Shekhar, a filmmaker from Jammu, said, “I started making films from my Graduation days, as I am a Mass Communication student. I submitted two films in this competition, one of which is about passive smoking and the second film revolves around mental health problems.”

Filmmakers Ravneet Oberoi from New Delhi and Abdul Aziz from Maharashtra also appreciated the initiative and thanked the 52nd IFFI for the opportunity.

The 75 youngsters comprising 7 female and 68 male artists, all below 35 years of age, have been chosen based on their exquisite skills in different fields of film making including direction, editing, singing and screenplay, among others.

Under the aegis of [email protected] and Azadi ka Amrit Mahotsav, ‘75 Creative Minds of Tomorrow’ competition was held as part of the 52nd IFFI to select some of the best creative talents from across the country. In a first of its kind initiative, these 75 winners were selected by a panel of Selection Jury and Grand Jury members like Prasoon Joshi, Ketan Mehta amongst others from hundreds of entries received from across India.

Earlier in the day, Shri Anurag Singh Thakur, Union Minister of Ministry of Information & Broadcasting felicitated the winners of ‘75 Creative Minds of Tomorrow’ competition at IIFI 52.