On the birth anniversary of the iconic tribal freedom fighter and leader Birsa Munda, the Prime Minister Shri Narendra Modi flagged off the celebrations for ‘Janjatiya Gaurav Diwas’ on 15th November,2021 as a part of the Azadi Ka Amrit Mahotsav celebrations. The festivities will go on for a week till the 22nd November, 2021.

The Ranchi Museum is one of the first ten museums that have been sanctioned by the Government of India, as a tribute to the struggles of the tribal freedom fighters. The day will be celebrated each year to recognize the efforts made by the tribal communities for preserving their tribal cultural heritage and showcasing tribal achievements. 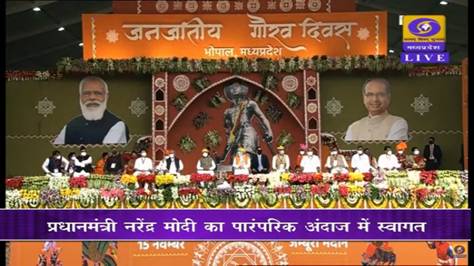 Arunachal Pradesh organised a remembrance ceremony for Birsa Munda in the primary schools of EMRS. On the occasion, a painting competition, song competition, and extempore speech competition were conducted by the EMRS schools in 2 different districts. This was followed by teachers briefing the students about the contributions made by tribal freedom fighters. 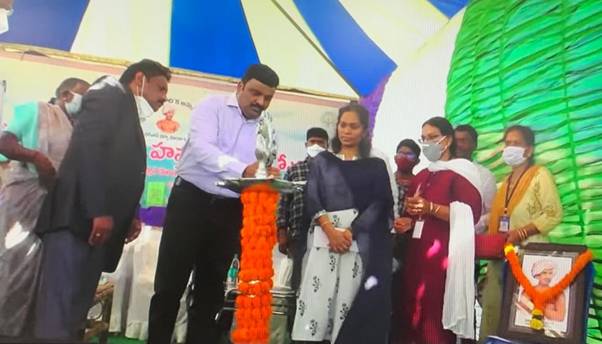 Chhattisgarh is organising a 2-day Tribal Craft Mela from 15th-17th November 2021. The objective behind this event is to promote, preserve and popularise traditional tribal art and craft to help tribal artisans look for better opportunities through cross-cultural interactions. 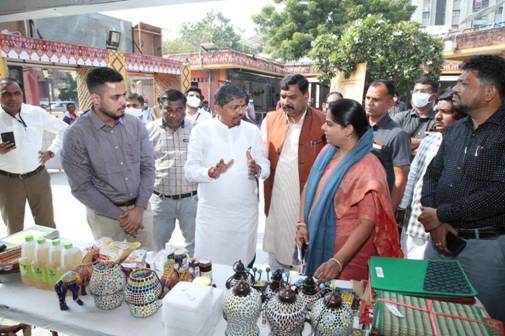 Manipur is organising a 3-Day state-level workshop on skill upgradation in tribal art and paintings, aimed at enhancing the skills of tribal artists and promoting creativity to widen the window of opportunities available to them. 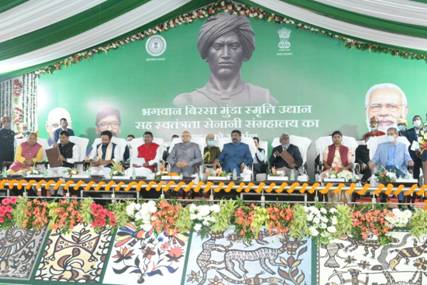 Joining hands with the rest of the country, Meghalaya held a special programme at Kongthong Song & Whistling Village over the weekend to acknowledge the unique cultural practices of the village as part of the ongoing celebrations of Tribal Pride Week. The event highlights the valiant efforts of tribal freedom fighters and the overall contributions made by the tribal community to nation-building.

Mizoram has earmarked the start of week-long festivities by organising an on-the-spot painting competition on the portrait of Birsa Munda at Aizawl Art gallery. Mr Laltanpuia, President, Mizoram Art Development Society presided over the event. The key objective was to celebrate the birth anniversary of Birsa Munda and raise awareness about his role in mobilizing the tribal community to overthrow the British Raj.

Nagaland organised an event on catapult target hitting. The TRI Nagaland organized this indigenous game to commemorate India @ 75 years of Azadi Ka Amrit Mahotsav on 15th November 2021 in Kohima. Various participants from different Naga tribes participated in the event in their traditional attire. The winners were duly acknowledged.

As a mark of tribute to the great tribal freedom leader, SCSTRI, ST & SC Development Department, Government of Odisha, in collaboration with the Ministry of Tribal Affairs, Government of India organised a national webinar on ‘Contributions of Birsa Munda to struggle for India’s Independence’ which is expected to go a long way in unravelling and foregrounding many hidden truths about Birsa Munda. 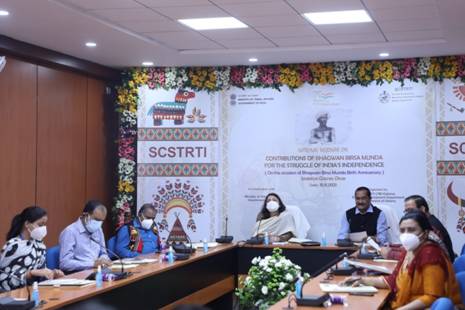 Sikkim decided to arrange a day-long voluntary blood donation camp in collaboration with the Health and Family Welfare Department, Government of Sikkim in Gangtok. The representatives from PIB, Information and Public Relations Department, Government of Sikkim and other local print and electronic media were invited for a wide coverage of the event. The public participated in the event with great enthusiasm. 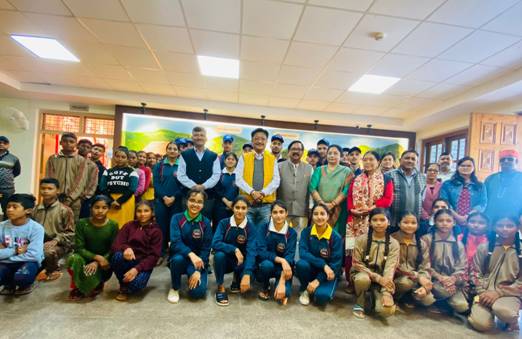 The events culminated on a high note and the ongoing festivities will continue till the 22nd November 2021.