‘Aadhaar 2.0- Ushering the Next Era of Digital Identity and Smart Governance’ workshop from 23rd to 25th November, 2021

Ministry of Electronics & IT ‘Aadhaar 2.0- Ushering the Next Era of Digital Identity and Smart Governance’ workshop from 23rd to 25th November

‘Aadhaar 2.0- Ushering the Next Era of Digital Identity and Smart Governance’ workshop from 23rd to 25th November, 2021

“The Aadhaar ecosystem is propelling growth to empower each and every resident so that India is well on its way to become a $5 Trillion economy soon”: Shri Rajeev Chandrasekhar

Shri Rajeev Chandrasekhar, Minister of State of Electronics & Information Technology, Skill Development and Entrepreneurship Government of India, today addressed the Valedictory function of three day workshop ‘Aadhaar 2.0- Ushering the Next Era of Digital Identity and Smart Governance’ workshop at VigyanBhawan, New Delhi. Addressing the occasion, Shri Rajeev Chandrasekhar said that Aadhaar 2.0 workshop is a step which will catalyze the realization of an ambitious vision of the Prime Minister Shri Narendra Modi by giving the right direction and shape to the spirit of ‘Digital India’. He further added that today technology enables access to better services for education, health care and agriculture and helps ensure transparency and accountability. Our dream of m Governance – offering services on Mobile phones and ensuring access to online services to all is a reality today. Implementation of initiatives like Aadhaar, UPI and Digi locker is ensuring faceless, cashless and paperless Governance that has laid the foundations of a strong, robust and secure Digital India. The deliberations that happened during the Aadhaar 2.0 workshop have brought valuable outcomes for framing new policies and strategies for the next decade. 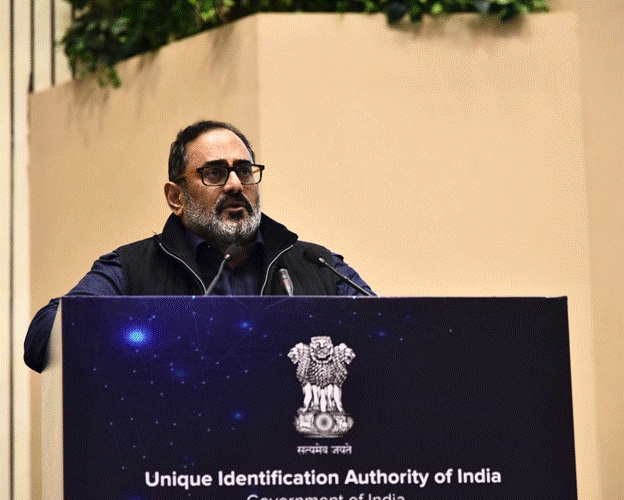 Dr. BibekDebroy, Chairman, PM’s Economic Council stated that following the mission of ‘Minimum Government Maximum Governance’, Aadhaar has been able to materialize the idea of Cooperative Federalism at the grass-root level. Aadhaar has taken the governance systems from bulky documentation and tedious manual transactions with officials in-between to unique identification system and sophisticated digital transactions without middle-men.  Since, 2014 ‘Aadhaar’ has emerged incredibly stronger, optimally utilized by various Government programs as now more than 313 DBT welfare schemes are utilizing Aadhaar platform for targeted delivery of benefits and subsidies to the beneficiaries and has accrued estimated savings to the tune ofRs. 1800 billion (Rs. 1.80 lakh crore) to the public exchequer as on March 2020.

Shri Ajay Prakash Sawhney, Secretary, Ministry of Electronics & IT said that UIDAI is working progressively to make ‘Aadhaar’ comprehensive by adopting niche technologies of Artificial Intelligence (AI) and Machine Learning (ML) to provide non-partisan data-centric governance. This will not only help in efficient impact assessment and analyzing data but it will also introduce digital checks to the flow of funds. He also informed that Aadhaar has also acted as a savior during COVID. Few facts highlighted the yeoman service utilizing Aadhaar platform are as follows:

Sh. Saurabh Garg, CEO, UIDAI stated that once in-person processes are now happening online at fingertips, moreover, consumers are also growing increasingly happy with digital way of transactions. Data from various researchers reflects that due to COVID pandemic, most of the consumers prefer contactless checkout and payments when visiting for any services or any business. Our fingerprints and faces can be new passwords with the businesses providing valuable services at optimized cost. This workshop has provided an opportunity for detailed deliberations on these key topics and will be helpful to craft new pathways of progress in the coming decade.

As a significant step to introspect and act innovatively, Aadhaar Hackathon 2021 was recently concluded successfully on 31 Oct 21 (held between 28 -31 Oct 21).  UIDAI had put out 7 problem statements in two themes, to be solved by the students of India’s reputed Engineering colleges.  The event saw participation of more than 3000 registrants, who attempted to solve the problems statements. A total of 175 submissions were received, which were evaluated by multi-level juries to identify the winners for the two themes. 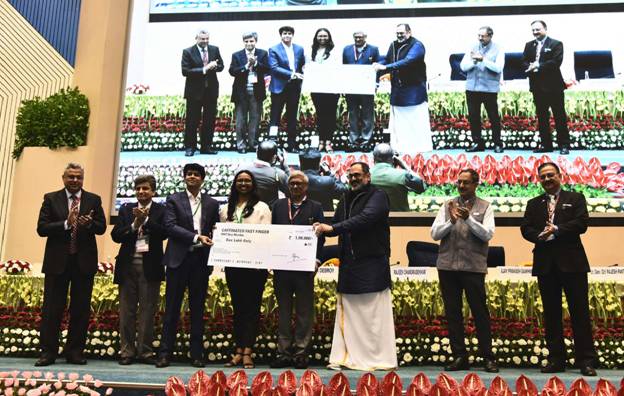 The winners of the ‘Aadhaar Hackathon’ were announced and felicitated by Shri Rajeev Chandrasekhar with awards and certificates during the valedictory session of the workshop.

(a) For the 1st Theme on Address Update, following teams were declared as winners:

(b) For 2nd Theme Authentication Reimagined, following teams was declared as winners:-

Three days’ workshop ended with vote of thanks to the chair, speakers, panelists, moderators of the session and participants with a pledge to work jointly for the beginning of new era of Digital Identity and Smart Governance on the basis of the insightful thoughts, brainstormed ideas and new explored areas for development of digital economy were obtained.