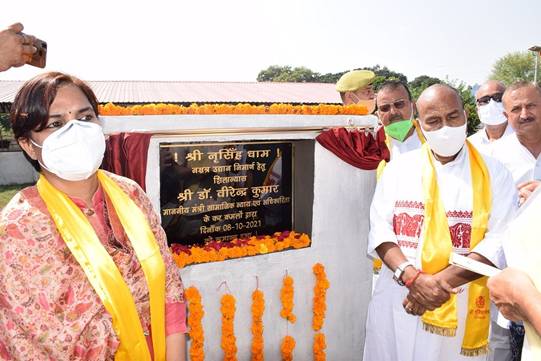 The Union Minister visited Primary School at Kartholi Bari Brahmana today. The school has been developed for the children of laborers working in the industrial area of Bari Brahmana with prime focus of 100% education to all. During the visit, the Minister visited all the classrooms, kitchen room and playground and congratulated administration and industrial association for taking a concrete step in betterment for the lower strata of society’s children’s.

The Minister also inaugurated Drug De-Addiction and Counselling Centre at Community Health Centre, Ramgarh. The de-addiction centre has specialised and well trained staff for management of addicted persons. The Minister exhorted upon health officials to organize regular community camps for awareness and consciousness of general public and other allied organizations. The Minister also laid foundation a stone of ‘Nakshatra-Udyan’, an Astral Garden at Narsingh Dev temple complex. “The concept of Astral Garden or Nakshatra Garden is well known and is practiced in various gardens and nature parks of India and with laying of foundation  for Astral Garden in Ghagwal, it will be beneficial for the general public of the area as it is a  perfect combination of Astrology, Ayurveda, Botany and  Landscaping”  said the Minister. 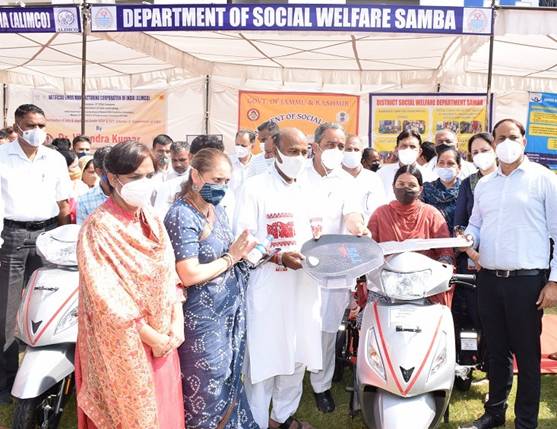 During the visit at Shivam Palace, the Minister inspected various stalls and awareness kiosks established by government departments. The Minister also distributed motorized tricycles, mechanical tricycles and prosthetic aids among 30 beneficiaries and financial assistance among 20 beneficiaries under various Social Security Schemes of Social Welfare Department in collaboration with ALMICO. 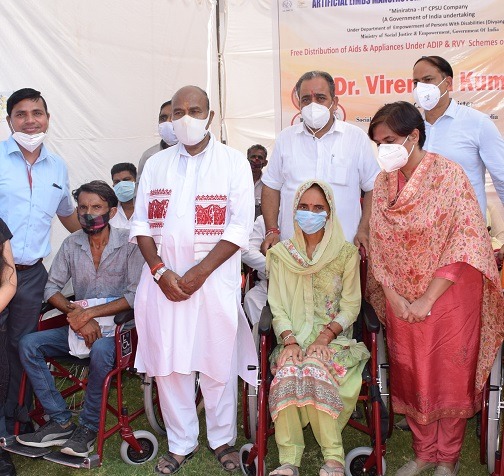 Later, the Union Minister also met various delegations at Ghagwal and interacted on various issues. The Minister assured delegations that their demands shall be resolved on priority basis.