Says, Science and Technology is going to be the main currency for the inclusive growth of India in the next 25 years

Addressing the interactive session on “Role of Research Technology & Start-ups in Blue Economy” at the inaugural session of Azadi Ka Amrit Mahotsav week organised by the Ministry of Earth Sciences, Dr Jitendra Singh said, under the leadership of Prime Minister Narendra Modi, while India commemorates 75 years of independence, it is also an occasion to plan for the next 25 years with conscious realization that science and technology is going to be the main currency for the inclusive growth of India. 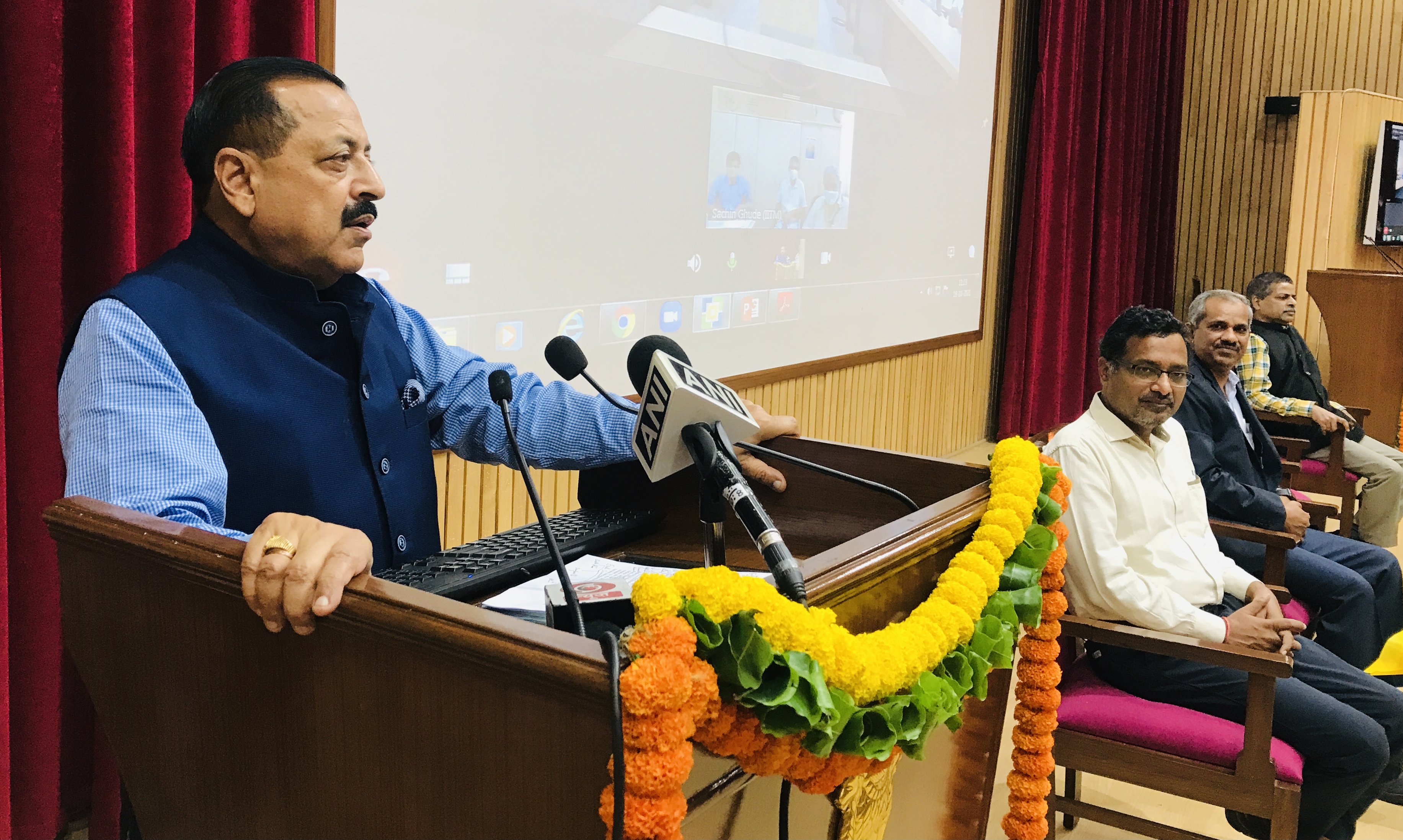 Dr Jitendra Singh said, Prime Minister Narendra Modi’s vision and his stature as the world’s most popular leader has accorded an extraordinary esteem to India which was never forthcoming in the earlier decades.  Significantly, Prime Minister Modi has a special aptitude for science driven developments, which has enabled all the scientific programmes to concentrate on applications which are relevant to the life of the common man.

Dr Jitendra Singh said, India’s blue economy is understood as a subset of the national economy comprising an entire ocean resources system and human-made economic infrastructure in marine, maritime, and onshore coastal zones within the country’s legal jurisdiction. He said, it aids the production of goods and services that have clear linkages with economic growth, environmental sustainability, and national security. The blue economy is a vast socio-economic opportunity for coastal nations like India to utilize ocean resources for societal benefit responsibly, the Minister added.

Referring to the term “Earth Sciences” the Minister said, this includes study of earth’s atmosphere and the water flowing on and beneath the surface and also the earth’s seas and oceans.  He said, India’s oceans are our treasures and therefore the “Deep Ocean Mission” initiated by the Modi government heralds yet another horizon to harness various resources to enrich the “Blue Economy”. 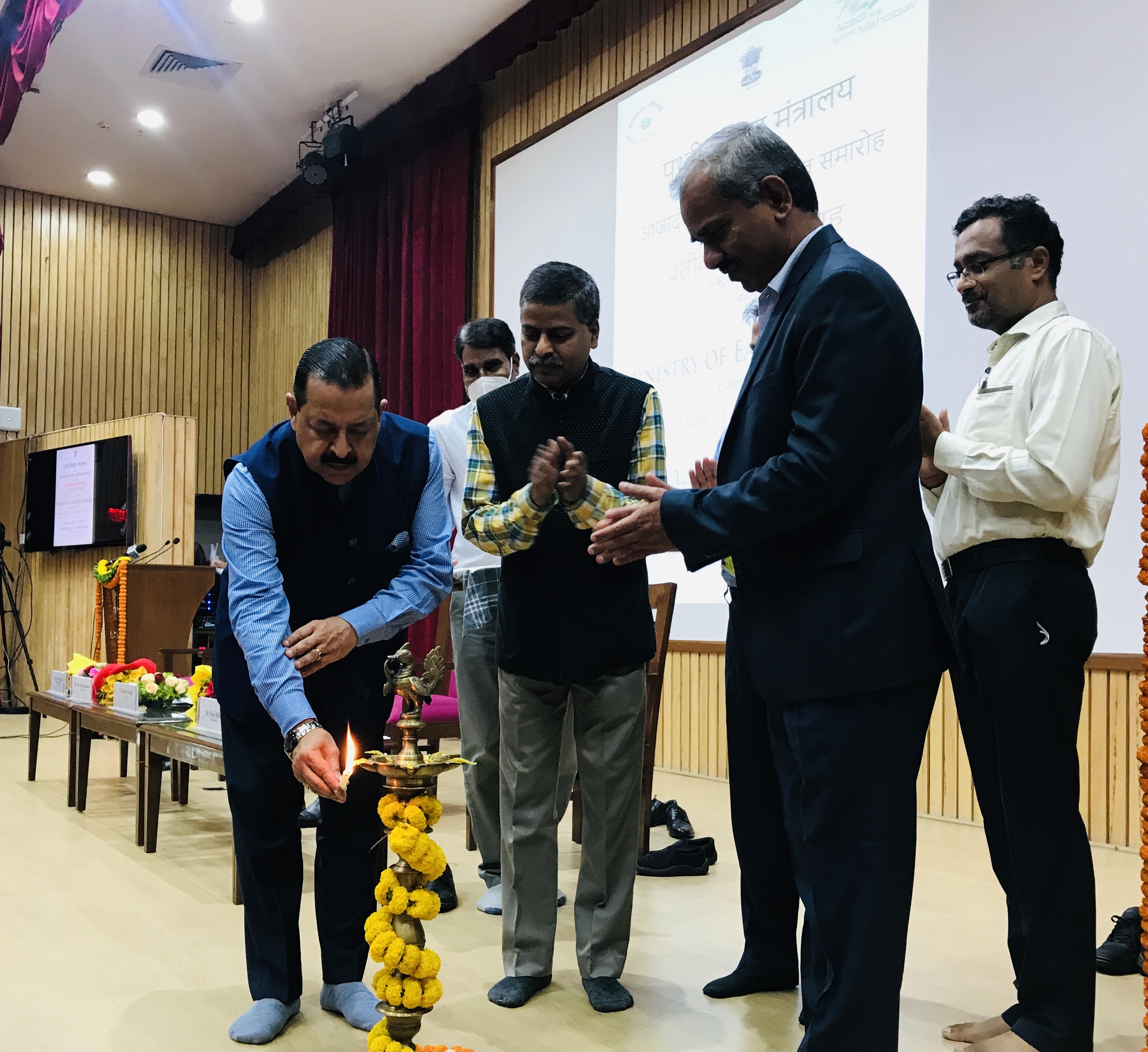 Emphasizing the need to reach out to the stakeholders across the sections, Dr Jitendra Singh reminded that connecting the industry is one of the themes of Azadi Ka Amrit Mahotsav. It is therefore important to ensure that the indigenous Start-ups or the Swadeshi Start-ups actively participate in today’s programme, he added.

With its vast scientific acumen and natural resources, Dr Jitendra Singh said, the Ministry of Earth Science has been catering to various needs of common people ranging from agro-meteorological services to conversion of salt water into sweet water through indigenous technology.

In the times to come, the Minister said, Marine pollution is going to pose a formidable challenge and denudation of the coast will add to the erosion of the coastal land.  The Ministry of Earth Sciences, he informed, has developed an innovative technology from the coast of Pondicherry and it can be strengthened in further areas as well.

Earlier, the newly appointed Secretary of the Ministry of Earth Sciences, Dr M Ravichandran delivered the welcome address while Dr. Neloy Khare introduced the theme of the programme.