Ministry of Jal Shakti Swachh Bharat Diwas celebrated across the nation on 2nd October, 2021 under Swachh Bharat Misson Grameen Phase 2 as part of

The Government of India under the inspiring leadership of Hon’ble Prime Minister, Shri Narendra Modi is celebrating the commemoration of 75 years of India’s Independence with the community mobilization initiative Azadi Ka Amrit Mahotsav (AKAM). Under AKAM, Department of Drinking Water and Sanitation (DDWS), Ministry of Jal Shakti organized important activities/campaigns under Swachh Bharat Mission Grameen (SBMG) Phase 2 to accelerate the ODF Plus momentum and sustaining the Open Defecation Free (ODF) achievements in villages. Like every year, DDWS celebrated the birth anniversary of Swachhata inspiration and Father of the Nation, Mahatma Gandhi on 2nd Oct, 2021 as Swachh Bharat Diwas strengthening the people’s movement or Jan Andolan for comprehensive cleanliness.

As part of the AKAM celebrations, States and UTs launched SwachhtaRaths which visited their districts/blocks and GPs before concluding journey at the state/UT capital. Around more than 800 SwachhtaRaths were flagged off by elected representatives/locally elected leaders (CM/MP/MLA/Sarpanches) at various levels. The Raths played a significant role in spreading mass awareness on Swachhta, influencing behaviour changes for effective Solid and Liquid Waste Management (SLWM) and ODF Sustainability. On SBD (2nd Oct, 2021), around 34 Raths were flagged off across the country. 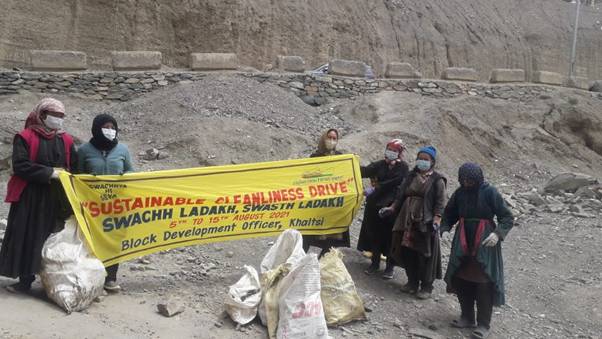 DDWS has been organising virtual discussions, or ‘samvads’ with Sarpanches, Collectors, Zilla Parishad officials, BDOs and other sanitation stakeholders since April 2020.  So far, over 700 Samvads have been conducted by states and districts and attended by over 75,000 sarpanches. On SBD (2nd Oct, 2021), more than 4500 Sarpanches attended the Samvad. 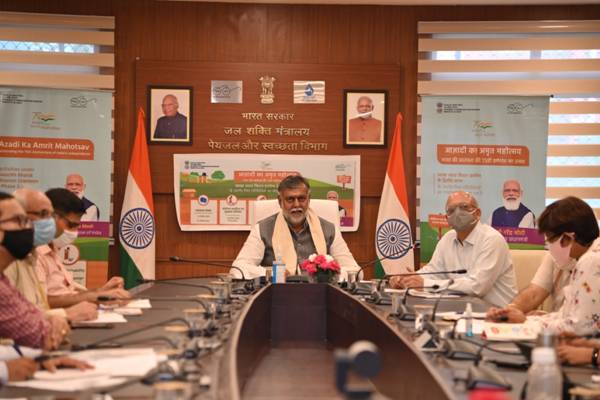 Launched on 25th August 2021 for a period of 100 days, the SthayitvaevamSujalam Abhiyan has focussed on liquid waste management by targeting construction of 1 million soak pits, retrofitting of toilets and ODF Sustainability. Under this campaign, construction of approx. 1658 community soak pits and 418 household soak pits were reported on SBD (Oct 2, 2021).

On Swachh Bharat Diwas, the citizens once again made commitment towards achieving the dream of Mahatma Gandhi for a clean society and country by taking vow to ensure comprehensive cleanliness in our villages by achieving ODF Plus goal. Prices of Onion, Tomato and Potato cheaper than last year