Reviews the status of the works being executed in the Wular Lake, urges all to bring the largest freshwater Lake in India on the international tourist map.

Received an enthusiastic welcome from my young friends in Jammu and Kashmir’s Sumbal. Grateful. pic.twitter.com/JsDYB0kbS7

The Minister laid foundation stone of Public Park at Hilalabad Nesbal in Sumbal to be constructed at a cost of Rs 3.00 cr.

He also inaugurated Filtration Plant at Arampora Bandipora that has been constructed at a cost of Rs 1.53 Cr and will benefit a population of about seventy-nine thousand.

The Union Minister also inaugurated Development of Rural Road Connectivity by way of roads, tile paths and culverts in Bandipora district at a cost of Rs 2.62 Cr under Back to Village Programme, MGNREGA and 14th FC. The Minister reviewed the status of the works being executed in the Wular Lake with physical and financial achievements, progress of dredging and development of tourism infrastructure around Wular Lake. 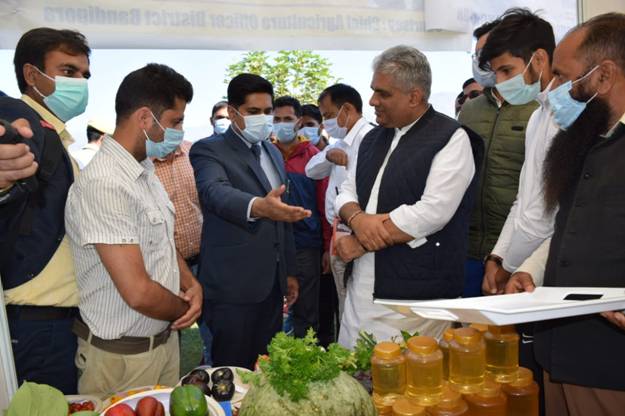 Shri Yadav said that the Wular Lake has a huge potential for tourism besides being the biggest fish production source and if exploited, it can change the socio economic condition of the local population.

The Minister was informed that the works under the Wular Conservation Project have been taken up on large scale after the government sanctioned the Wular Action Plan of Rs 200 crore for conservation and management of the lake. He also informed about the nature of catchment, conservation works, bio-diversity conservation and development of eco-tourism, besides construction of Boulevard road and other tourist attractions.

The Minister appreciated the efforts put in by the UT government and the district administration to conserve the lake and uplift the tourism sector in the district and urged the officers to work with extra zeal so as to bring the Wular Lake on the international tourist map.

Inspected the conservation work being done around Wular lake in Jammu and Kashmir.#IconicWeek#AzadiKaAmritMahotsav pic.twitter.com/Y18MBZdtGX

On the occasion a short video regarding Wullar and ongoing projects of the  lake along with the components on which WUCMA is working was also screened.

The Minister also participated in the Cleanliness Drive and inaugurated the Wular cleanliness drive launched as part of the “Azadi Ka Amrit Mohatsov” and participated in the pledge taking ceremony for “Wular Mitras” who pledged to protect water bodies and wetlands and ensure proper disposal of solid and liquid waste. Prime Minister’s message regarding celebration of Wildlife week was also read out during the programme.

On the occasion, different stalls were erected by various departments at Wular Vintage Park showcasing their performance and ongoing activities. The Minister inspected all the stalls and interacted with the staff and the visitors at these stalls. 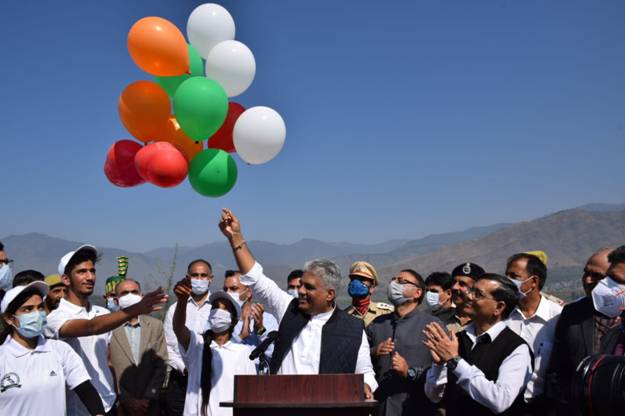 Shri Yadav also released a booklet “Pictorial guide to Birds of Wular” that shall help the tourists to know about the migratory birds present in the lake besides other related information.

Later, several delegations including Chairman DDC Abdul Gani, members of District Development Council including Dr Ghulam Mustafa Khan and others, BDC Chairpersons, Sarpanchs and other PRI members called on the Minister and apprised him about various public issues and sought his intervention to resolve the issues.

The Union Minister gave patient hearing to all delegations and individuals and assured them of positive response from the government with regard to the redressal of their grievances.

Sharing the vision of the Prime Minister, Shri Yadav said the “Sabka Sath Sabka Vikas” slogan by the Prime Minister is not merely a slogan but a mission that will ensure a paradigm shift in the socio economic condition of the weaker sections of society. He said the special hand-holding of the under-privileged communities will help in making the lives of the people better.

He said that the PM wants his ministers to assess on-ground situation and take feedback from the public and stresses to ensure that the people’s lives are made comfortable and positive change is brought in them.