The delegates/participants included members of Indian Association of Tour Operator (IATO), Association of Domestic Tour Operator (ADTOI) and Association of Buddhist Tour Operators (ABTO). During the conference major focus was given with regard to the infrastructure development including Air, Rail and Road Connectivity. Further, it was emphasized that Gaya should be promoted as round the year destination for tourists of all ages including younger generation to visit Buddhist Sites & Attractions. A detailed presentation including the tourism products offered& government initiatives undertaken for development was given by the Bihar Tourism. Also, IRCTC gave a detailed presentation with regard to Buddhist Special Train and facilities being provide by IRCTC in the train which includes Mini Library. Further, Challenges &opportunities in respect of overall development & promotion of Buddhist tourism were also discussed. 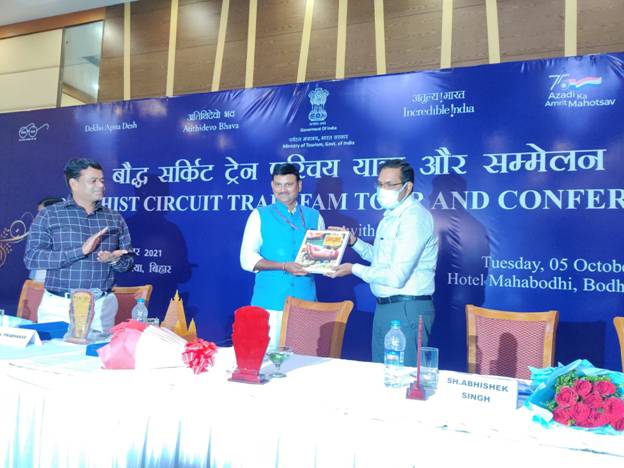