India is Committed to bridge the Digital Divide 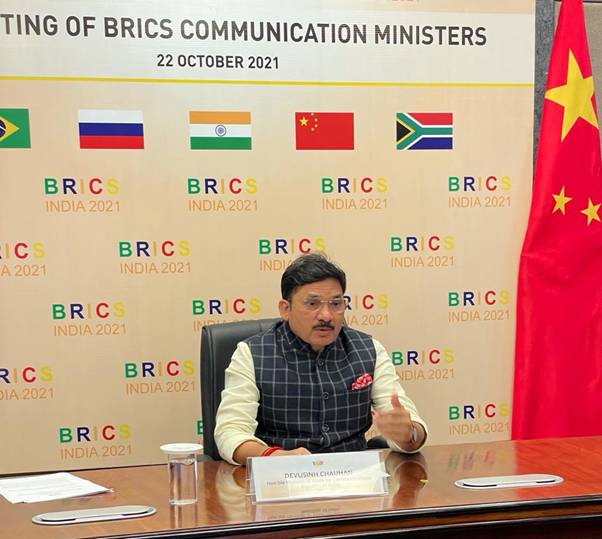 Shri Devusinh Chauhan while speaking during the meeting stated that the Hon’ble Prime Minister is committed to bridge the digital divide in India. To achieve the same, the Government of India has recently launched historical telecom reforms which will unleash the true potential of telecom industry besides providing much needed support to the telecom service providers. He also stated the Hon’ble Prime Minister of India has launched flagship scheme of extending optical fibers to all six lakh villages of India which will bridge the digital divide between urban and rural area.

The Ministers recognized the significant role of ICTs in increasing the effectiveness of BRICS countries’ response to the challenges caused by the COVID-19 pandemic and assisting in recovery of economies, business continuity and minimizing the social and economic impact of the Covid-19 pandemic.

The Ministers discussed the need to work together to develop multi-pronged approaches and reference models for affordable access to communications services and digital technologies for benefitting people, achieving Sustainable Development Goals (SDGs).

Ministers encouraged continuous cooperation in ICTs activities in international organizations and multilateral forums such as the International Telecommunications Union and other organizations.