Minister of State for Tourism & Defence Shri Ajay Bhatt flagged off the Buddhist Circuit special Train from Safdarjung Railway Station, Delhi today. To tap the potential of the Buddhist tourism, the Ministry of Tourism has organised a Buddhist Circuit Train FAM Tour and conference scheduled from 04th October – 08th October 2021. The flag off ceremony was attended by the senior officials of the Ministry of Tourism, IRCTC, and other industry stakeholders. The guests were welcomed by the IRCTC officials with great endeavour. 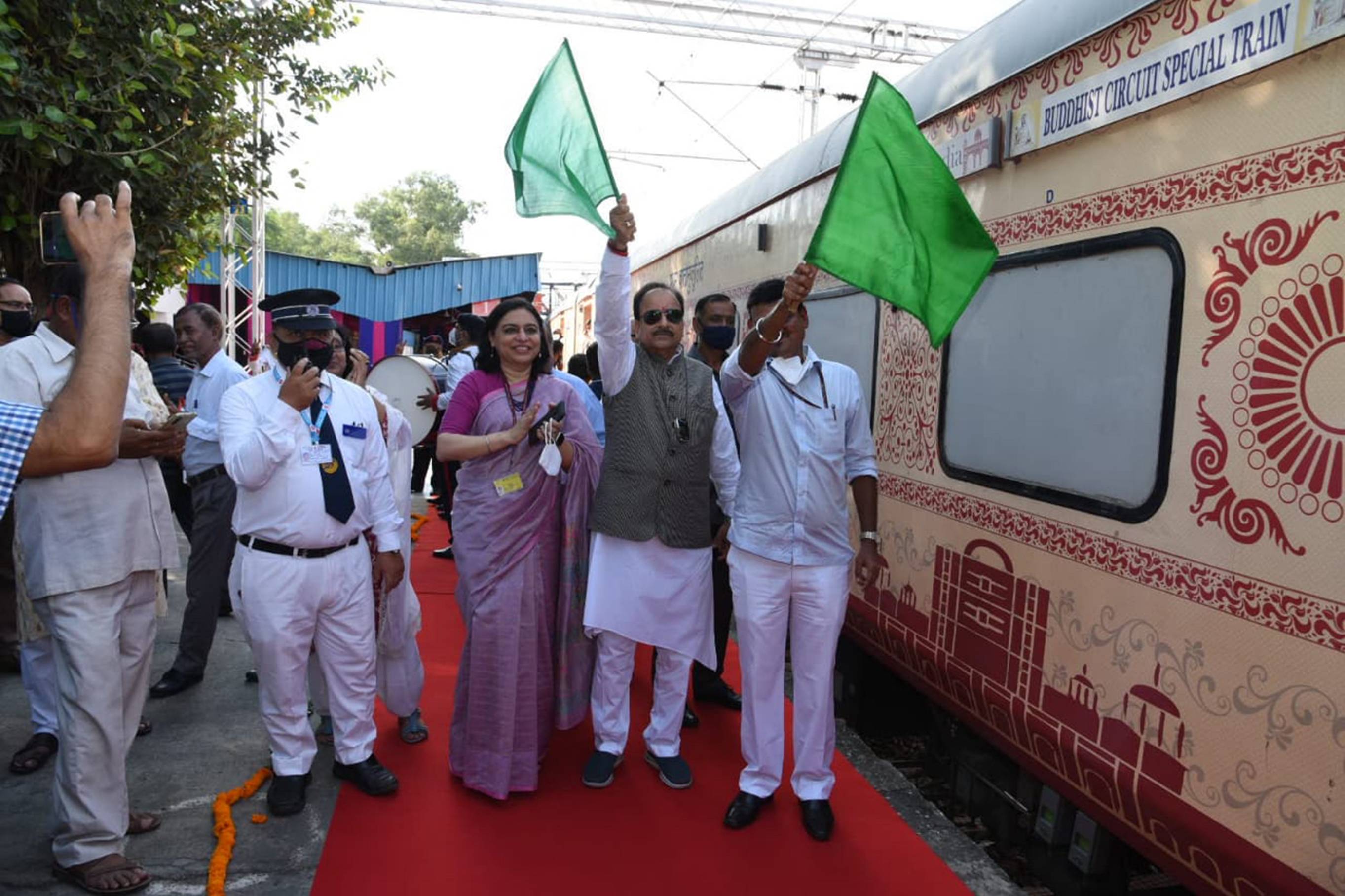 Sh. Ajay Bhatt, Minister of State for Tourism & Defence addressed the media at Delhi Safdarjung Railway Station prior to flagging off the journey ‘Buddhist Circuit Train FAM Tour and Conference’ by discussing the importance of touring Indian destinations first before experiencing the global destinations as we’ve such great heritage like the Buddhist Circuit Tourist Train which covers the destinations Gaya-Bodhgaya, Rajgir-Nalanda in Bihar as well as Sarnath-Varanasi in Uttar Pradesh. The Minister focused on the importance of domestic tourism for encapsulating the true spirit of the campaign ‘Dekho Apna Desh’.