Minister for Social Justice & Empowerment Dr.Virendra Kumar visits ALIMCO to review the functioning, performance and modernisation project of the corporation

Minister for Social Justice & Empowerment Dr.Virendra Kumar visits ALIMCO to review the functioning, performance and modernisation project of the corporation

Minister for Social Justice & Empowerment Dr. Virendra Kumar, visited ALIMCO to review the functioning and performance of the corporation and also the progress of the work that is being carried out under the modernization project of the corporation. 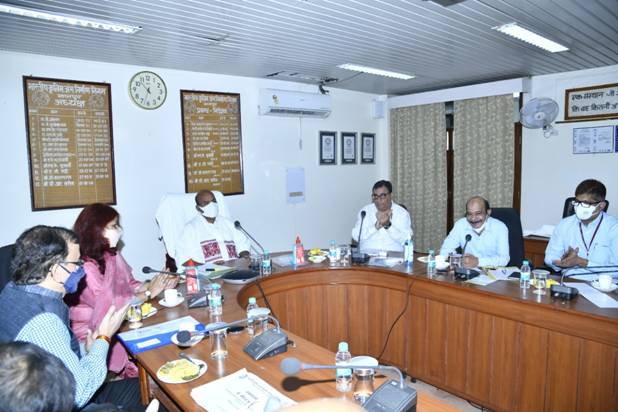 At the offset Minister commenced his visit by joining the pledge taken by employee of ALIMCO on the occasion of birthday of SardarVallabh Bhai Patel celebrated as RashtriyaEktaDiwas. During his visit Shri D.R. Sarin, Chairman and Managing Director, ALIMCO briefed the Union Minister about the working of various departments and detailed information about the Civil and Machinery work in progress under Modernization project of ALIMCO. A presentation showcasing the entire procedure adopted by the corporation to operate in transparent and fair manner in all aspects was also given to the Minister by CMD, ALIMCO. 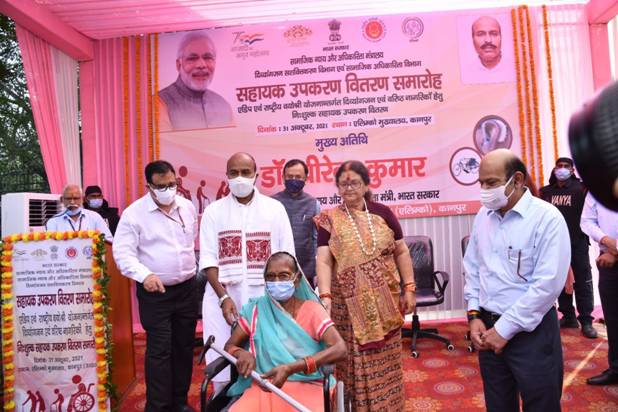 On the occasion of his visit Union minister launched android based ‘ALIMCO MITRA’ Mobile Application developed to facilitate the service for Grievance Redressal and New Registration for the Divyangjan and senior citizen beneficiaries of ALIMCO. ‘ALIMCO MITRA’ can be easily downloadedfree of cost on any Android Phone through Google Play Store. Those beneficiary which have already received any Aid & Appliances from ALIMCO and are facing any issues regarding aid &assistive appliances can also login for ‘Grievance System’ option available in the mobile application.Application also provide the facility to fetch the details of Aid & Appliances received by beneficiaries and can register the Grievance against the specific Aid/Appliance received. Beneficiary will get update over SMS at every step in further development of resolving the issues of his/her Grievance. Addressing the press conference Union Minister said that present government is committed towards the upliftment and empowerment of Divyangjan across the country. Applauding the work done by ALIMCO in restoring the dignity of persons with disabilities and senior citizens he informed that modernization work of the corporation is under process which will be completed by March 2022 this shall enhanced the existing production capacity up to 2.5 times. The appreciating the work done by the management and the employee of the corporation remarked that without devoted service of ALIMCO personal for benefitting of Divyangjan the feat would not have been possible.

He expressed hope and was optimistic that with the current pace of growth ALIMCO shall soon be one of the proud PSU of the country and shall achieve the status of Navratna Company in near future.

Union minister distributed Aids and Assistive Devices at ALIMCO’s Orthotics and Prosthetic Center situated within the factory premises and interacted with the Divyangjan and Senior Citizens beneficiaries being served by ALIMCO under the ADIP and ‘RashtriyaVayoshriYojana’ schemes of Government of India. These beneficiaries were server at ALIMCO’s State of art Orthotics and Prosthetic center established at ALIMCO. Minister also planted sapling in the premises of ALIMCO.

The process of Modernisation of ALIMCOby way of up-gradation and replacement of old plant & machineries, processes, technologies and civil infrastructure has been initiated in 2015 and is now near to completion. The estimated project cost as approved Rs.338.04 crore, out of which Rs. 200 crore has been funded by CentralGovernment as Grant in Aid and remaining amount of Rs.138.04 crore is being borne by ALIMCO through its internal accruals.