A woman farmer from Kannur district of Kerala has come up with an innovative practice to develop support roots in cashew trees to protect her senile cashew garden from devastating borer attacks and frequent cyclonic storms.

The area under cashew (Anacardium occidentale L.) cultivation in India is around 10.11 lakh ha, the highest amongst all the cashew growing countries, and the total annual production is approximately 7.53 lakh tonnes with several farmers dependent on it for their livelihood. However, the production of cashew is hampered by several biotic as well as abiotic factors. Stem and root borer is one of the most debilitating pests as it is capable of killing even the grown-up trees within a short period.

Besides pest infestation, cashew nut plantation in coastal India is affected by frequent intense cyclones, and each such devastation requires more than ten years to be restored. 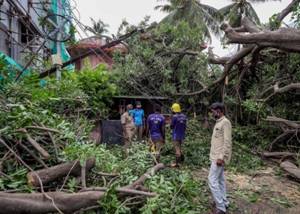 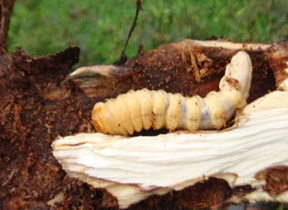 In 2004, while harvesting of cashew, Aniyamma observed one cashew branch, which was in constant contact with the soil, was generating adventitious roots (not tap root). She noticed that the new plant emerging from this root has fast growth compared to a normal cashew plant. Next year heavy infestation of stem borer (insect larva, or arthropod, that bores into plant stems) destroyed the mother plant, but the newly developed plant was healthy and not affected by stem borer infestation. By observing the rooting and development of new plants from mother plant, she thought of developing new plants by wrapping sac filled with potting mixture on the nodes of lower parallel branches. She guided the new root to the ground with the help of hollow areca nut stem, as well as adding weight to the branches close to the ground and covering them with soil for rooting. Both of her experiments were successful, and she has been using these two methods in her old senile cashew plantations for the last 7 years to support her family with continual supply of high cashew produce.

National Innovation Foundation, an autonomous organisation of the Department of Science & Technology, Govt. of India, has taken up the innovative technology for the necessary support and incubation activities.

The technology (Cashew Multiple Rooting for Senile plantation) has been further verified by ICAR- Directorate of Cashew Research, Puttur (Mottethadka, Darbe Dist. – Puttur, Karnataka) & Kerala Agriculture University (Vellanikkara, Dist. – Thrissur, Kerala) in 2020. It has been found that to be unique and provides anchorage against wind damage/cyclonic storms, and restores cashew trees from severe attack of cashew stem and root borers in a very eco-friendly and cost-effective way. The technology offers new hope to the cashew growers having senile cashew gardens to realize additional yield,

The two different methods used by the innovator include— Cylindrical Shape Method, in which a sac filled with potting mixture (soil and cow dung) is tied on the lower branches of cashew growing parallel to the ground. The new roots that are former are guided through a hollow areca nut stem filled with soil and cow dung to the ground. Over a year, these roots develop and add to the root network of cashew, which acts as an additional channel for nutrient and water uptake to the plant and improves the yield.

The Low Lying Parallel Branch Method in which the innovator heaped stones around the nodes of low lying branches and covered them with soil and cow dung. Rooting occurs at these points, and then that branch grows as a new tree while remaining part of the main tree. She was successful in initiating the rooting on branches lying in rocky areas also.